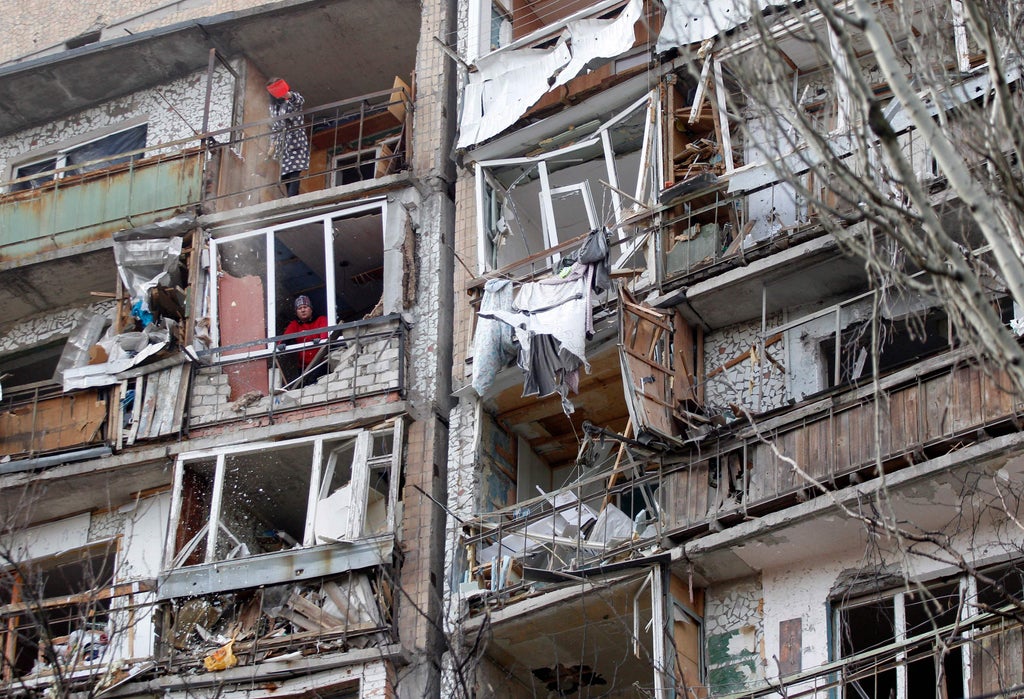 Russia has been accused of using phosphorus bombs in its invasion of Ukraine – as US president Joe Biden warned of the risk of a chemical weapons attack.

White phosphorus munitions were deployed in the eastern city of Kramatorsk on Monday, according to the deputy head of Kyiv’s police.

Oleksiy Biloshytskiy shared a video of material burning fiercely on the ground as it was touched with a spade. The footage has not been independently verified.

“Another use of phosphorus ammunitions in Kramatorsk,” he said.

There are rising fears that Vladimir Putin is considering turning to chemical warfare as Russia’s month-long invasion becomes bogged down by logistical problems and fierce Ukrainian resistance.

Biden said it was “a real threat” as he departed for Europe to attend a NATO summit on Wednesday.

The US has also reiterated its warning that Russia could be about to stage a ‘false flag’ attack to justify using chemical weapons.

Biden has previously said Russia’s claim that Ukraine has biological and chemical weapons is a clear sign Mr Putin is considering using them. He has warned of severe consequences if they are deployed.

“It would be a blatant violation of international law and would have far-reaching consequences,” he said.

Russia has already been accused of using devastating cluster bombs, and the UK said the Kremlin had confirmed it had used thermobaric weapons – which can rupture lungs and internal organs.

See also  Who is Olivia Frazer? MAFS star says she is 'more hated than Putin' in Australia

Kremlin spokesman Dmitry Peskov said on Tuesday that Russia would be prepared to use nuclear weapons if its existence is threatened – a suggestion the US criticized as reckless.

White phosphorus, which ignites on contact with air, is often used to mark enemy targets and produces a smokescreen to hide troop movements.

It can also be used to start fires, and can burn through bone when it comes into contact with flesh. It can kill, main and poison victims.

The use of phosphorus is banned in heavily populated civilian areas under international law – but it is not considered a chemical weapon under the Chemical Weapons Convention.

Russia has been accused of using white phosphorus ammunition before.

Phosphorus bombs were dropped in attacks on the cities of Lutsk in the west and Popasna in the east earlier this month, according to Ukrainian officials.

Russia has also been accused of using the weapons against civilians in Syria.