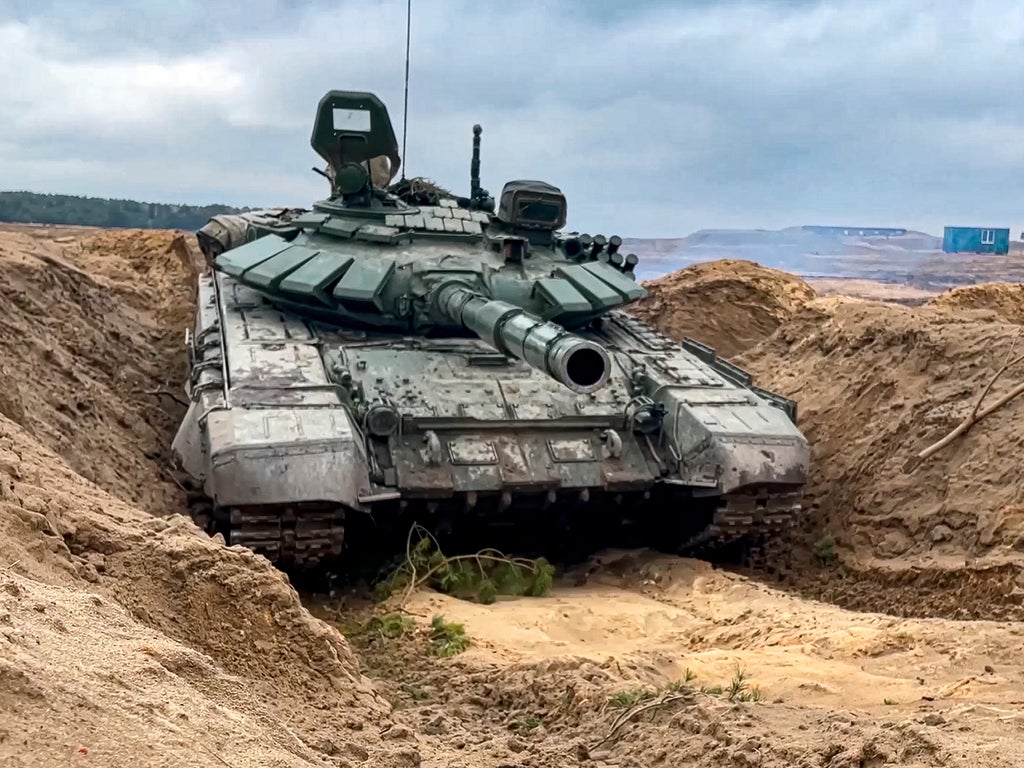 US president Joe Biden has warned a Russian attack on Ukraine is still possible, and vowed to “respond decisively” if Moscow invades.

He said there was still plenty of room for diplomacy – but insisted the United States would “defend every inch of Nato territory with the full force of American power.”

Biden made a series of threats in his televised address on Tuesday evening, saying he hoped to stop Russian aggression.

But a peaceful path to resolving the crisis was still open, he stated.

The US has not yet verified Russia’s claim that troops are returning from Ukraine’s border.

Mr Biden cautioned they were still in a position to attack, and the US has called on Moscow to provide proof of de-escalation.

But Vladimir Putin also wants assurances. Earlier, he called for a guarantee that Ukraine will not be allowed to join Nato.

It came as he expressed a willingness to discuss security measures with the West.

He did not want war in Europe, he said – but he was not satisfied with recent promises over Ukraine.

He said Moscow was ready to continue talks with Nato on security matters, but only “as a package” with the question of alliance membership for Russia’s neighbour.

US president Joe Biden has said the US and its allies are prepared to levy “powerful sanctions and export controls” on Russia.

He said these would “put intense pressure” on Russia’s “largest and most significant financial institutions and key industries”.

He again stated that if Moscow decides to invade Ukraine, the Nord Stream 2 gas pipeline between Russia and Germany “will not happen”.

“These measures are ready to go soon, and — if Russia moves — will impose long term consequences that will undermine Russia’s ability to compete economically and strategically,” Mr Biden said.

Biden: US will ‘defend every inch of Nato territory with the full force of American power’

US president Joe Biden says “the United States will defend every inch of Nato territory with the full force of American power.”

He warned again that if Russia invades Ukraine, the US “will rally the world to oppose its aggression”.

US President Joe Biden said the US and its allies would “continue the diplomacy” with Russia but warned a renewed invasion of Ukraine is “still very much a possibility”.

He said the United States has not confirmed Russian claims that some military units deployed along the Ukrainian border have completed exercises and returned to their bases.

And he stressed US analysts believe Moscow has massed 150,000 troops along its Western frontier and can still mount an attack at short notice.

Biden: ‘We are ready to respond decisively to a Russian attack’

US president Joe Biden says a Russian attack on Ukraine remains a possibility.

He says reports that some Russian forces have moved away from the Ukraine border have not yet been verified by the United States.

“We are ready to respond decisively to a Russian attack on Ukraine, which remains very much a possibility,” he said in his address.

US president Joe Biden is giving an address on Russia-Ukraine tensions.

The government needs to “continue to be very vigilant” of Russia’s actions, the UK’s armed forces minister said after news that some Russian troops may be withdrawing from the Ukraine border.

James Heappey told Channel 4 it was “a good thing that Russia may be moving in a different direction.”

But he added he didn’t know “what the thought process is within the Kremlin.”

He said: “All that I really care about is that firstly some comments have been made this morning that give us some real cautious optimism.

“But until those are matched by troop movements, people like me need to continue to be very vigilant.”

The Labor leader repeated calls for Mr Johnson to return an estimated £5m in donations from Russian-linked sources and urged the prime minister to clamp down on the “cottage industry” lobbying on behalf of the Putin regime in the UK.

“Over the years, but especially now, there has been an almost perverse reluctance on the part of many in the West – whether governments or specialists – to actually listen to what Putin and his officials have to say,” writes columnist Mary Dejevsky.

The Independent’s former foreign correspondent in Moscow said there has been “a failure even to try to see the situation from a Russian perspective.”

She writes: “Western officials can insist as loudly as they like that Nato is a purely defensive alliance and wishes no one, including Russia, any harm. But this is not what Russia sees.

“Russia sees a powerful and well-equipped military alliance that has advanced over 20 years to within striking distance from Russia’s western borders – borders, remember, that have proved vulnerable in the past.”

At least 10 Ukrainian websites have been hit by cyber attacks, including those of the Defense Ministry, Foreign Ministry, Culture Ministry and Ukraine’s two largest state banks.

They stopped working due to distributed denial-of-service (DDoS) attacks, the Associated Press reports.

Customers at Privatbank and Sberbank reported problems with online payments and banking apps.

“There is no threat to depositors’ funds,” the Ukrainian Information Ministry’s Center for Strategic Communications and Information Security said in a statement.