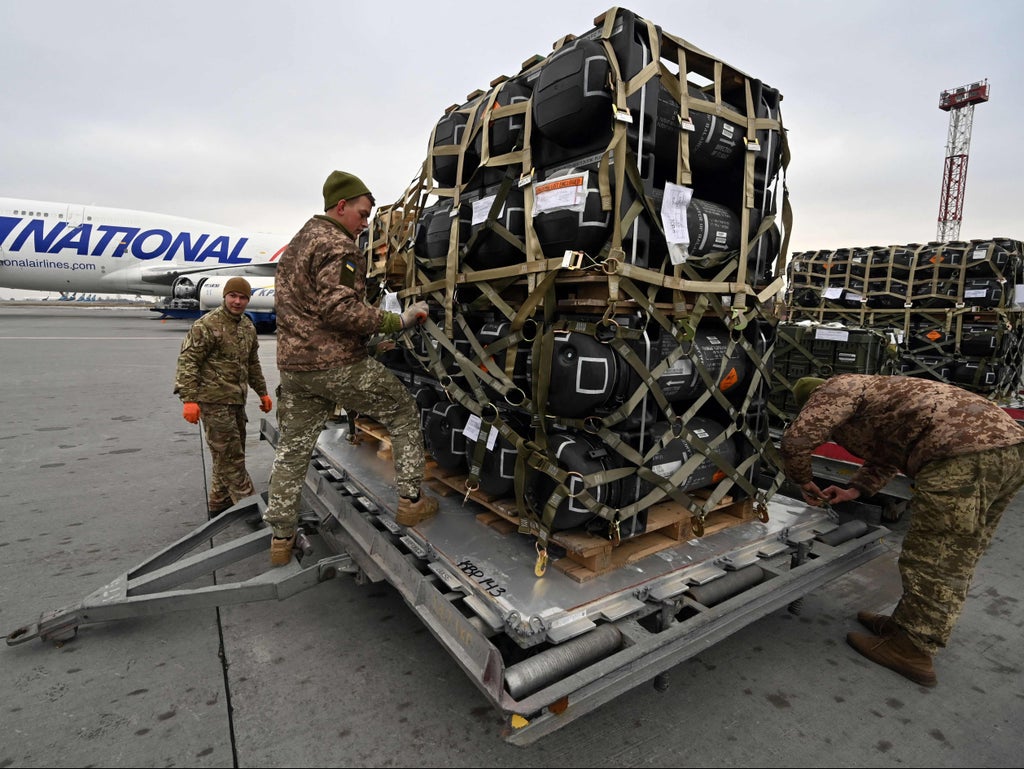 The White House believes Russia could invade its neighbor Ukraine within the week, as even more signs of aggression emerged following months of tension between the two countries.

Those signs include Russian manoeuvres and drills close to Ukraine’s border, and six Russian warships reaching the Black Sea.

Britain, the US, Japan and the Netherlands told their citizens to leave Ukraine immediately, fearing an air assault by Russia would make leaving difficult.

Diplomats and government leaders struggled to jumpstart moribund talks to stave off full-out war. British ministers received assurances from Moscow that it had no plans to invade but Moscow’s rhetoric told a different story.

It has all left the chill of war hanging over eastern Europe again.

At the heart of the crisis are demands by Russia’s president, Vladimir Putin, for guarantees that Ukraine will never join Nato and that the bloc will pull back from eastern Europe.

Military positioning on both sides has eclipsed the flurry of flights crisscrossing Europe to bring leaders together around the tables of diplomacy.

In Romania’s Black Sea port of Constanta, the rumble of US heavy military material broke the dawn silence, signs that reinforcements and 1,000 more troops were coming into an airbase.

Hardware has been beefed up all around the strategic Black Sea, where Russia, Ukraine and three Nato allies have bases.

“From here in the Black Sea region, all the way to the Baltic, allies are stepping up to reinforce Nato’s presence at this critical time,” Mr Stoltenberg said in Constanta.

Romania’s neighbor Bulgaria will also welcome Spanish jets to increase the potent presence of the alliance.

But in Black Sea waters, warships of Russia’s Baltic and Northern fleets arrived in Sevastopol Bay on the Crimean peninsula, which Russia annexed in 2014.

Moscow has announced sweeping drills in the Black and Azov Seas in the coming days and closed large areas for commercial shipping, drawing a strong protest from Kiev.

“There is a risk for a full-fledged invasion,” warned Mr Stoltenberg.

Other threats were lurking too, he added, “including attempts to topple the government in Kiev”.

On the diplomatic front, the results of frantic talks with Russian leaders have been less spectacular.

Talks in Berlin between Ukraine and Russia, joined by France and Germany, at first held hope for some progress as they lasted into Friday morning, but at the end, nothing palpable emerged.

“Unfortunately, almost nine hours of talks have ended without any significant results,” Russian deputy chief of staff Dmitry Kozak said. It remained unclear when and how the next attempt at a breakthrough would be made.

A 2015 peace deal brokered by France and Germany in a similar so-called Normandy format helped halt large-scale battles in the wake of the 2014 Russian invasion, but regular skirmishes have continued.

The Kremlin has accused Kiev of sabotaging the agreement, and Ukrainian officials would argue in recent weeks that implementing it hurt their country.

Across the world in Melbourne, Australia, US secretary of state Antony Blinken was downbeat.

“We’ve made every possible effort to engage Russia, to look at the concerns that it’s raised, to share concerns that we have, that European partners and allies have,” he said. But the gap with Moscow remains yawning.

“Simply put, we continue to see very troubling signs of Russian escalation, including new forces arriving at the Ukrainian border. And as we said before, we’re in a window when an invasion could begin at any time,” Mr Blinken said.

Moscow said answers sent this week by the EU and Nato to its security demands showed “disrespect”.

Mr Blinken echoed President Joe Biden’s warning. “We’re dealing with one of the largest armies in the world. It’s a very different situation and things could go crazy quickly,” he said.

Asked whether there was any scenario that would prompt him to send US troops to Ukraine to rescue Americans, the president said: “There’s not. That’s a world war when Americans and Russia start shooting at one another.”

“What I’m hoping is that if [Mr Putin] is foolish enough to go in, he’s smart enough not to, in fact, do anything that would negatively impact American citizens,” Mr Biden said.

Asked whether he had ever said that to Mr Putin, Mr Biden said: “I didn’t have to tell him that. I’ve talked about that. He knows that.”