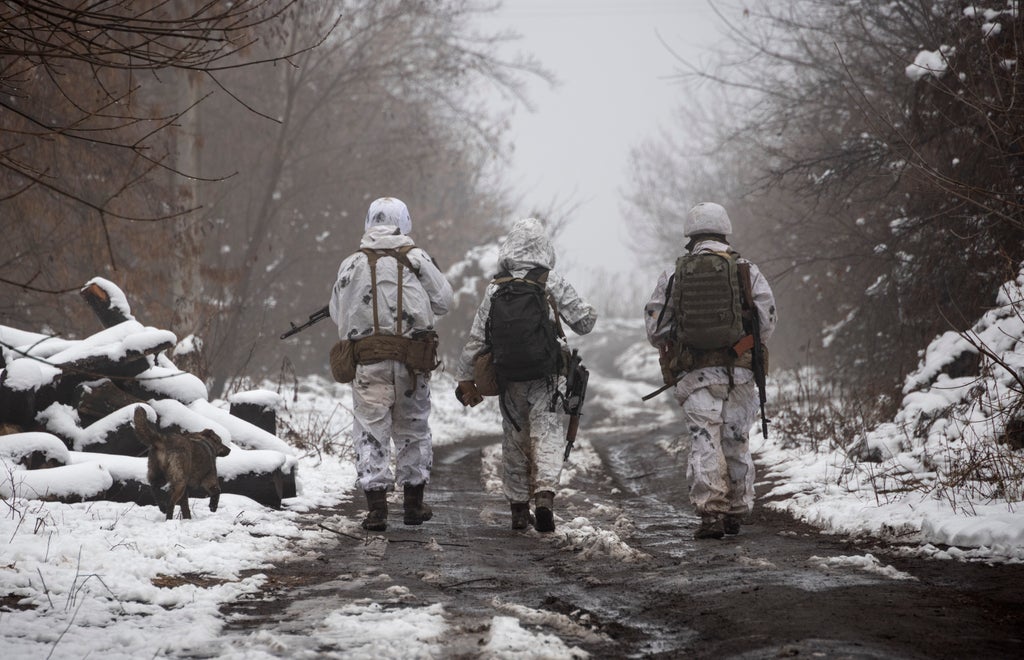 Russia has stationed over 100,000 troops along its border with Ukraine this winter, increasing suspicion that an invasion is imminent.

In the most recent developments, US president Joe Biden and German chancellor Olaf Scholz have met in Washington, DC, to announce that they are “working closely together to pursue diplomatic solutions to this situation” while threatening to “end” Russia’s lucrative new Nord Stream 2 gas pipeline to Europe if it does make an incursion into Ukraine.

So what is actually going in Eastern Europe, where did it all begin and how might the crisis unfold?

Russia annexed Ukraine’s Crimean Peninsula in 2014 after the country’s Moscow-friendly president Viktor Yanukovych was driven from power by mass protests. Weeks later, Russia threw its weight behind a separatist insurgency that broke out in Ukraine’s east.

More than 14,000 people have died in the fighting that has been ongoing throughout the intervening eight years and which has devastated Ukraine’s eastern industrial heartland known as Donbas.

A 2015 peace agreement – ​​the Minsk-2 agreement – ​​was brokered by France and Germany to help end the large-scale battles. The 13-point agreement obliged Ukraine to offer autonomy to separatist regions and amnesty for the rebels while Ukraine would regain full control of its border with Russia in the rebel-held territories.

Meanwhile, Russia has accused the Ukraine of breaching the Minsk-2 agreement and has criticized the West for failing to encourage Ukrainian compliance.

The situation has now reached a state of intense stalemate as both sides anticipate the other’s next move.

Moscow continues to deny talks of a Ukraine invasion while Western leaders have insisted that an incursion could be imminent.

Meanwhile, personnel from both the US and UK embassies in the Ukrainian capital have been ordered home – a move president Volodymyr Zelensky labeled “overreacting.”

Speaking at the White House, Mr Biden warned Mr Putin once again: “I don’t know that he knows what he’s going to do, and I think he has to realize that it would be a gigantic mistake for him to move on Ukraine. The impact on Europe and the rest of the world would be devastating, and he would pay a heavy price.