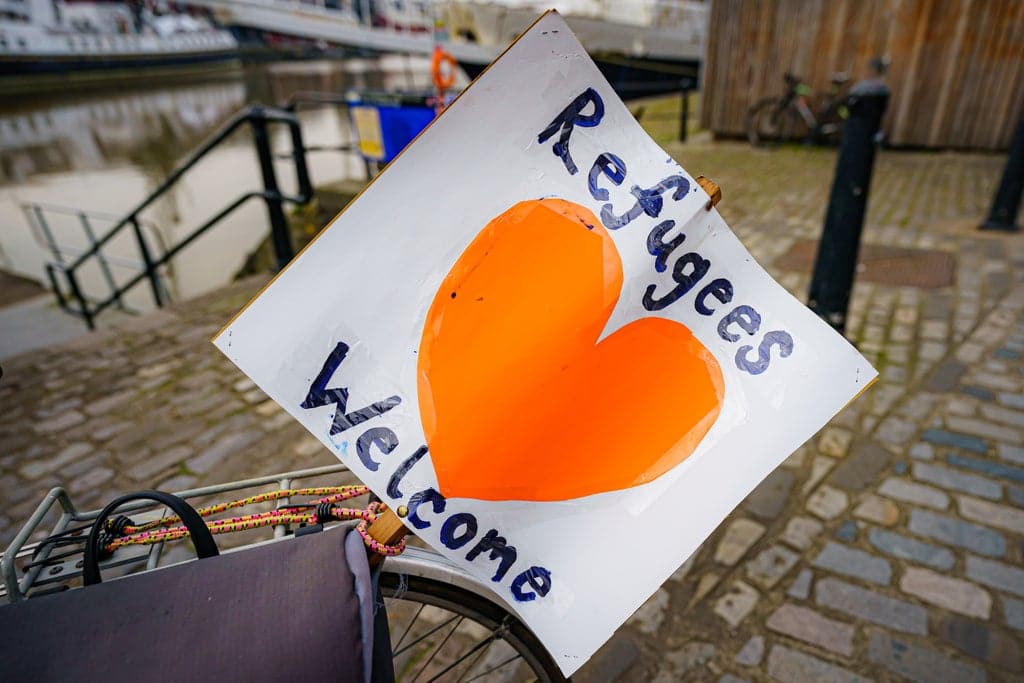 The Government risks “making problems” for the future if it does not prioritize safeguarding when bringing Ukrainians to the UK, the founder of a Facebook group matching refugees with hosts has said.

Diana Shore, 57, said it is crucial the Homes for Ukraine scheme helps incoming Ukrainians by providing support for PTSD and access to education and language services.

She set up Room for Ukrainians in the UK two and a half weeks ago and the page already has more than 13,700 members.

More than 150,000 Britons have registered their interest in taking Ukrainians through the refugee programme, and while Ms Shore has praised the Government’s “sensitivity” and “humanity”, she said safety within the matching process is of the utmost importance.

“[Making sure] they have a process to go through to start children at local schools, to start people on language learning, to register people with doctors to give any necessary support for PTSD.

“I feel that we’re making a problem for ourselves in the future by failing to safeguard at this point.”

Ms Shore said the British people have “opened their hearts” to Ukrainians.

“The scheme has emerged to be in the hearts and minds of the British people,” she said.

“We just need to ensure the safety of the matching process and the authenticity of it.”

Ms Shore’s page has facilitated the matching of more than 50 Ukrainian families with hosts in the UK, which she believes has acted as a metric for the Government to measure just how willing people were to open their homes to refugees.

“I think it may have helped our Government test the strength of potential support in the UK before they opened their doors. It provided a little bit of a litmus test to see what the public was feeling,” she said.

“It would seem as though in a moment of crisis, the world comes together.

“It breaks down borders, you can Brexit, but you can never break the connection between England and Europe – it’s in our hearts and it’s in our families.”

Ms Shore was inspired to start the page “to get that noise out of Europe” after watching Britons offer their homes through larger Facebook groups before the Government had set up any scheme for letting in refugees.

But she was also driven by the ties to her own family, as her grandson’s great grandparents fled Russia and Poland before the Second World War.

“So as a personal thanks to those people who have given me my children, my grandchildren, I would like people who are fleeing Ukraine to have a future.

“And this is something I wish I could do for them – there is hope. I’m only one person but I gave them some hope.

“I don’t think I’ve ever really experienced anything quite so overwhelming,” she said.

“A lot of people feel very personally responsible for the safety of other people.

“These were images of families in their homes, families like ours, families who had their whole lives disrupted and people in the UK just responded to it.

“People who are pregnant – it’s their husbands, sisters, writing messages saying, ‘my sister’s six months pregnant, we’re hoping to get her out’.

“I put a call out, midwives came forward, DBS checked, [saying]’This is my professional qualifications and I can give you a place of safety and support’.”

Ms Shore said it has been particularly touching to see NHS workers, who are “probably quite exhausted”, come forward and offer space in their homes.

“Highly-committed doctors, nurses, midwives who’ve gone through the Covid pandemic, they’re the people stepping forward for that man who’s got a heart condition, to that child who has special needs,” she said.

“My daughter-in-law is a Covid nurse, I know the exhaustion these people are going through and they don’t stop giving.”

Ms Shore’s Facebook group can be found at: www.facebook.com/groups/rooms4ukraineuk.

See also  Pakistan PM Imran Khan reaches Moscow amid imminent Ukraine invasion: 'What a time I have come, so much excitement'