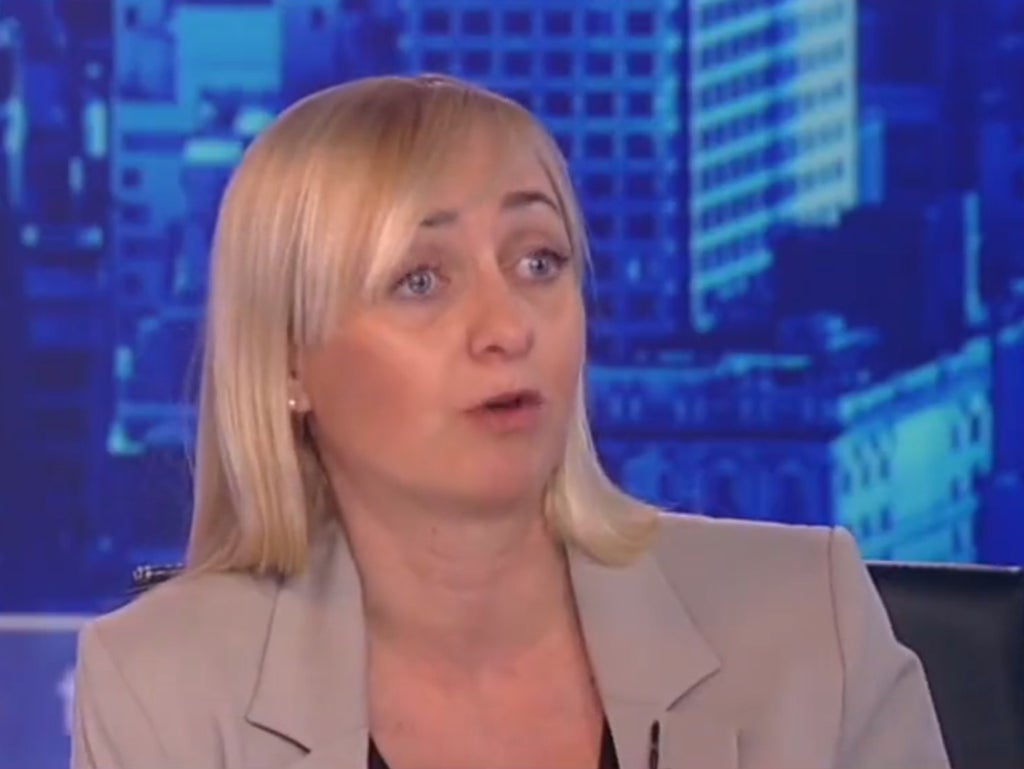 A Ukrainian MP slammed Joe Biden for sparing Vladimir Putin’s energy sector from sanctions, saying the US cares more about the price of gas than the number of people being killed in the war with Russia.

Oleksandra Ustinova went on a media blitz with CBS, MSNBC and Fox News before the president’s State of the Union address to push for a stronger response, including tougher sanctions and a “no-fly zone” over Ukraine.

“So, let’s talk honestly that you care about whether you pay extra 50 cents for your gas prices or how many people die in Ukraine,” she said during an appearance on Fox News.

“I understand that your gas prices might go up, but [is] it worse, maybe 50-cents extra to pay for a gallon… worse than many lives in Ukraine? We have to be honest because right now everybody’s playing politics,” she added in an interview on MSNBC.

Ms Ustinova said if Boris Johnson and Mr Biden speak honestly and give people a choice, “whether the oil prices go up or we are protecting Ukrainians”, the public would be willing to pay more than that 50-cents extra for a gallon of gas .

“Even a dollar, just to stop killing the children in my country,” she said.

Ms Ustinova said she was “very surprised” to see the Biden administration’s sanctions in response to the invasion did not include measures against Russia’s oil or natural gas industries, each the second largest in the world.

The US is one of Russia’s biggest customers, and White House deputy national security adviser Daleep Singh said later that Russia’s oil and gas were spared sanctions to avoid “unintended consequences”.

“That’s not to say that we have a dependence on Russia; Russia depends on those revenues just as much as the world needs its energy,” he told a White House briefing.

Ms Ustinova appeared in-studio on The Story with Martha MacCallum to say the lack of action on Russia’s oil and gas left her “very surprised”.

“Because we were promised that if the Russian soldier steps on the Ukrainian land, we’ll have a really good response,” she said, referring to security guarantees made by the US in exchange for Ukraine giving up its nuclear arsenal in the 1990s.

“Well, I’m sorry, but the sanctions avoided the energy sector.”

Speaking to CBS News, Ms Ustinova said the US did help Ukraine with weapons but that they still need stronger political and military support, including “no-fly zones”.

“We need the support with our sky,” she said.

“We need to protect our babies in Ukraine who are being born in the bomb shelters,” Ms Ustinova, who is pregnant, said while breaking down in tears.

She is pushing for a no-fly zone for the US to control the airspace above Ukraine while they fight Russian ground forces and tanks in the streets.

But the request will likely fall on deaf ears, as the White House has already rejected direct please from Ukraine president Volodymyr Zelensky to “control the skies”.

See also  Food delivery robots arrive in Spain: "Can you imagine these little boxes rolling on Gran Vía?" | The Window | The window of numbers

The White House has spent the past three days rejecting calls to establish a no-fly zone over Ukraine. The move would be a de facto declaration of war against Russia.

Press secretary Jen Psaki has said the Biden administration was attempting to calm the rhetoric and reduce tension with Mr Putin, who has escalated nuclear threats over what he says are Nato’s “aggressive statements”.

“what that [no-fly zone] would require is implementation by the US military, it would essentially mean the US military would be shooting down plans, Russian plans,” she said.

“That is definitely escalatory, that would potentially put us into a place where we are in a military conflict with Russia. That is not something the president wants to do.”