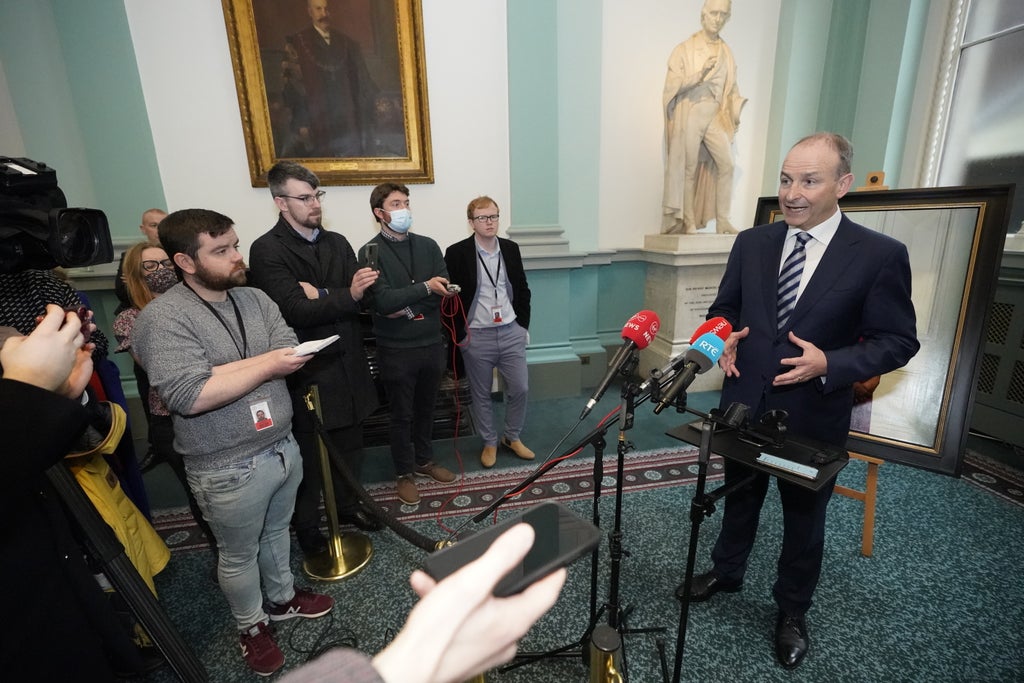 The Irish premier has cast doubt on the idea that Ukraine may be able to join the EU with immediate effect.

The Ukrainian president has indicated that he would like his country to join the European Union as soon as possible.

But, speaking in Dublin, Micheal Martin said: “I don’t know whether it can be done immediately.

“But I certainly would be a proponent and supporter of accelerating it and making it very clear that they can become members of the European Union.

“I’ve always favored the acceleration of the European perspective for countries in our neighbourhood.”

The Taoiseach also said the Irish decision to fund items such as PPE, medical equipment and supplies for Ukraine, as part of a wider EU package, does not undermine Ireland’s longstanding military neutrality.

The EU announced on Sunday an unprecedented set of measures to support Ukrainians, confirming it will close its air space to Russian airlines, fund supplies of weapons to Ukraine and ban some pro-Kremlin media outlets in response to Russia’s invasion.

Ireland will “constructively abstain” from the planned delivery of arms to Ukraine.

“Our contribution to the non-lethal strand of that peace facility does not undermine our military neutrality,” Mr Martin told reporters in Dublin.

Mr Martin was speaking after a brief ceremony at the Royal College of Physicians of Ireland, where the portrait of the first female president of the organisation, Professor Mary Horgan, was unveiled.

He welcomed initial talks between Ukraine and Russia, saying: “I think dialogue is the only way to resolve this issue. And I would call for an immediate cessation of hostilities and an end to the violence.

“The humanitarian toll is mounting. There’s too much loss of life already, too many people have been injured. Civilians are under siege in their cities.”

He also condemned the decision of the Russian president to put his country’s nuclear deterrent forces on high alert.

“I think it’s extremely reckless and irresponsible of Vladimir Putin to threaten that. It’s not so long ago since all major nuclear powers committed to the non-utilisation of nuclear weapons. It would have catastrophic repercussions for the world if such a decision was taken.”

Mr Martin was pressed on why Ireland had not yet decided to expel the Russian ambassador.

Around 40 TDs, senators and MEPs from his own party, Fianna Fail, have called for Yury Filatov to be ejected from the country over the Russian invasion. Protesters have also called for his expulsion from him.

Mr Martin said it is vital that whatever decision is taken, the EU acts “in concert”.

“Unity of purpose across Europe is key here, because Europe working with the United States, Canada, United Kingdom and others collectively is the most powerful response to the Russian Federation that can happen,” he said.

“Individual states doing things individually does not have the same impact and doesn’t pack the same punch, to be blunt.”

He reiterated that retaining a channel of communication to Moscow may be useful in the weeks ahead.

“We don’t quite know for certain how this crisis will unfold. So keeping channels open gives us an extra capacity to help citizens, Irish citizens, who could be in difficult or family members of Ukrainian Irish citizens now who live in Ireland. And so it’s extremely important that we retain that capacity.”

Earlier, Foreign Affairs Minister Simon Coveney said that while Ireland is not planning to expel the Russian ambassador, it may expel some diplomats in the days to come.

He said that he understood public and political anger directed at Russia and Mr Filatov, adding: “I can totally understand the anger and the sentiment behind that.

“My job as a foreign minister is to try to think ahead here. We are going to have Irish citizens, hundreds of them, living and working in Russia. We do have today.

“We have many Irish citizens still in Ukraine too.

“Does that mean that we won’t be expelling some Russian diplomats or some operatives that are in Ireland who may not be diplomats in the next few days? No, it doesn’t. We may well do that.

“But I don’t think it’s wise for us to expel the Russian ambassador and have no Russian presence in Ireland to allow us to have a direct line of communication with Moscow for humanitarian reasons primarily, but also to ensure that we can let them know what the Irish view is very directly in terms of Russian actions.”

Mr Coveney said no country in the EU has expelled their Russian ambassador.

“The expulsion of diplomats or Russian staff in embassies is quite a significant thing to do. It sends a very strong signal and Russia will respond in kind.

“I think it’s likely that something will happen in that space, but we do need to be targeted. We need to bear in mind the interests of Irish citizens, both in Russia and across Ukraine.”

Mr Coveney said Ireland will send around nine million euro of non-lethal equipment to Ukraine as part of the EU fund.

“I think the European Union is right to intervene and support the Ukrainian military who are under enormous pressure at the moment. 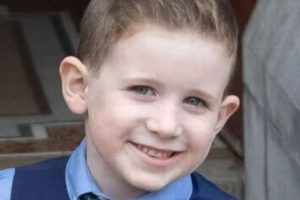