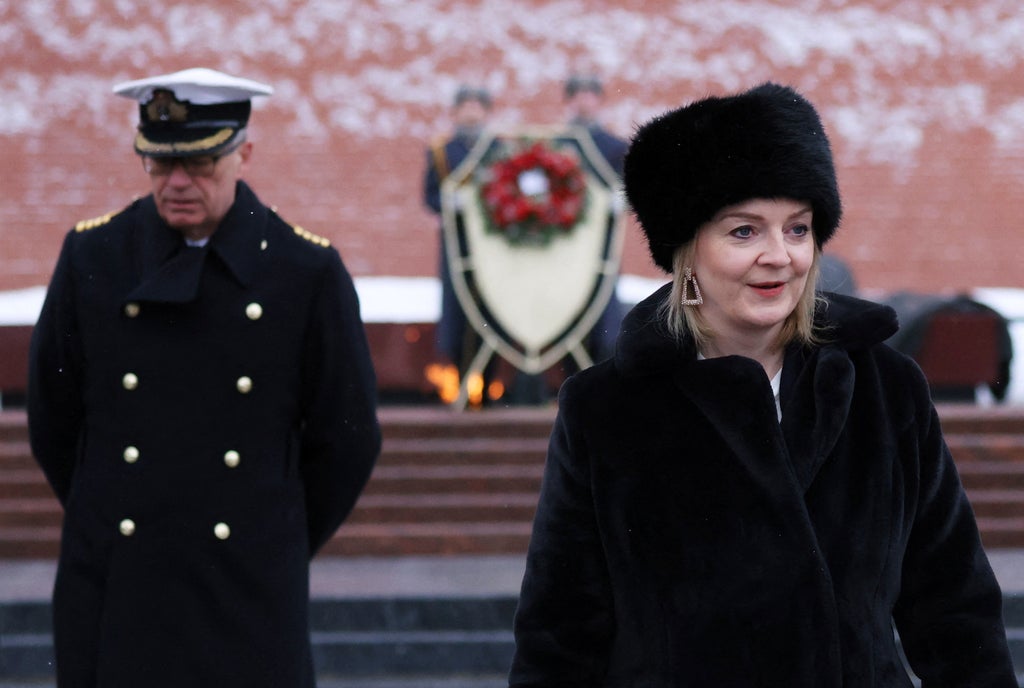 The British foreign secretary, Liz Truss, is in Moscow for talks with her Russian counterpart Sergei Lavrov amid continued efforts to find a diplomatic resolution to the tensions over Ukraine.

Ms Truss urged Russia to “avoid bloodshed” and told the country’s foreign secretary that a “war in Ukraine will be disastrous for the Russian and Ukrainian people”.

In response, Mr Lavrov said that the Kremlin were prepared to engage diplomatically but only from a position of “mutual respect” with Britain.

He warned that threats towards Russia regarding a potential invasion were a “road to nowhere”.

His comments come after warnings from the commander of Ukraine’s ground forces that his troops were ready to fight for every meter of land until their last breath.

General Oleksandr Syrskyi told SkyNews that any Russian invasion “will not be a simple walk in the park”, adding: “This is a warning… we will make sure to fight until the very last breath for every single meter of Ukrainian land.”

Boris Johnson announced yesterday that he was putting 1,000 more British troops on standby to boost Nato’s presence in eastern Europe.