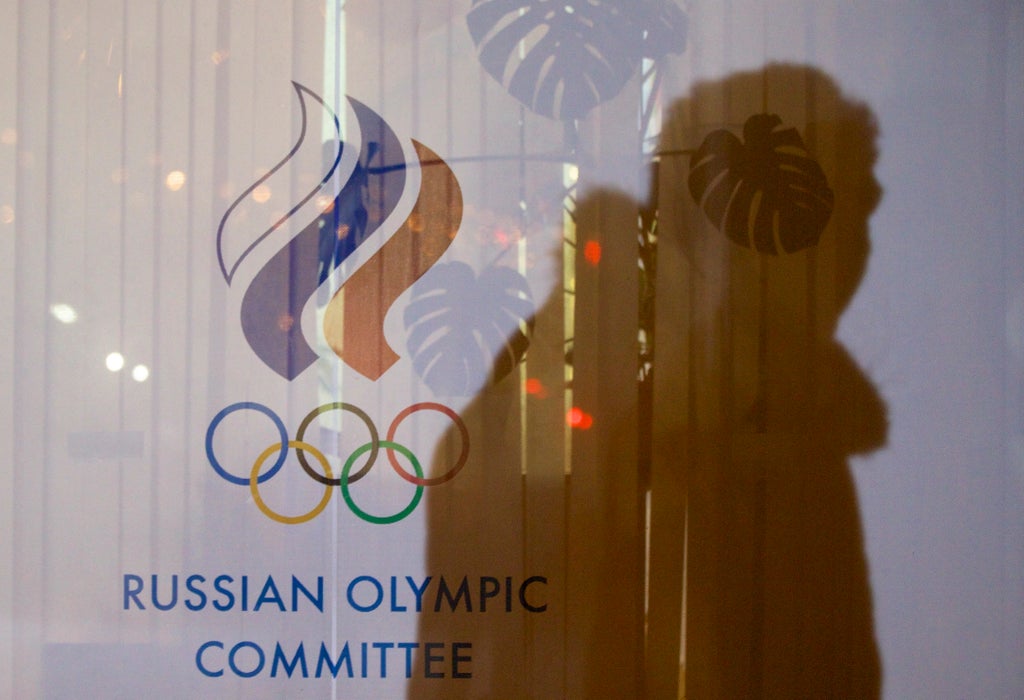 Russia spent upwards of $50 billion to host the 2014 Winter Olympics in Sochi, then concocted the most elaborate doping scheme in history — all to cement its standing as a global sports superpower.

The country’s invasion of Ukraine, coming on the heels of yet another drug scandal that consumed the Beijing Olympics earlier this month, could serve to undermine an athletic dynasty tarnished by cheating and deception, and often countered with only tepid pushback from international sports leaders.

If a further reckoning comes, it would damage Russia’s ability to host events domestically and dominate them abroad. It would deliver a financial and a psychological blow. And it would compromise the image that President Vladimir Putin and leaders before him have tried to cultivate — one of a prosperous country fortified by strong athletes who beat their international opponents in the games people play.

Edwin Moses, the American gold-medal hurdler who had a key role in sorting through the Russian scandals, recalled trying to explain Moscow’s point of view to anti-doping leaders.

In addition to widespread condemnation from Western governments, Russia’s move into Ukraine was largely disparaged by major sports organizations, including the International Olympic Committee.

A number of federations, including skiing, curling and Formula 1, pulled premier events out of Russia. European soccer’s governing body UEFA led the way when it relocated this spring’s Champions League final from St. Petersburg to Paris. The International Biathlon Union banned Russia from its events. The largest conglomerate of them all, the IOC, condemned the invasion.

One economics professor estimated the financial loss of the Champions League final could be in the tens of millions of dollars, a fraction of what Russia might forfeit from all the relocated events. But, he said, money is a small part of what motivates Putin.

“He’s in it for the prestige and power,” said Victor A. Matheson of College of the Holy Cross in Worcester, Mass.. “The real thing here is that this is a big blow to his ego. He loves being in charge of things.”

Russia’s power in the world sports community is most sharply defined by its relationship with the IOC. Even though Putin’s country was officially banned from the Beijing Games, it fielded a team of more than 200 athletes competing as members of the “Russian Olympic Committee.” They combined to win 32 medals, the second-biggest haul at the Games.

Every bit as notable was that Putin attended the opening ceremony with IOC leader Thomas Bach at Beijing’s Bird’s Nest stadium. It was a show of defiance: Putin was there, while the US and some of its allies refused to send diplomats to protest China’s human rights record. It also underscored how Putin was in good enough standing with the IOC to be present despite the ban.

“In Putin’s mind right now, Russia will be at the Olympics again” three years from now in Paris, said Paul Massaro, a senior policy adviser to Congress who works on issues involving sports and international corruption. “But I’m not sure he totally appreciates what a paradigm shift he’s created. I don’t want to be eating these words, but I actually think Russia could be banned this time.”

The Russian government has portrayed the doping investigations as politically driven by the West.

The IOC’s recent condemnation of Moscow over Ukraine focused on the breach of the “Olympic Truce,” a UN-sanctioned call for world peace that remains in play until March 20, seven days after the close of the Paralympic Games in Beijing.

Despite the rhetoric, Bach would have to reverse years of precedent in his relatively soft treatment of Russia in the country’s long-running doping scandals. What steps he takes to back up the IOC’s most recent show of displeasure will shape Russia’s role in world sports for the next decade or longer.

Potentially working against the country was the sordid doping case involving 15-year-old Russian figure skater Kamila Valieva that consumed the Beijing Games. She tested positive for using a banned heart medication, and the result wasn’t announced by anti-doping officials until after she’d won gold as part of the team competition, even though the sample was taken weeks earlier.

That put Bach in the rare position of openly criticizing Russia, a move that, in turn, brought a rebuke from the Kremlin.

The Olympic movement, and international sports in general, have tolerated far worse from Russia, and before that, the Soviet Union. Moses told of traveling to the Soviet Union in the late 1980s — long before anti-doping rules had been globally codified — to try to work out a drug-fighting agreement with Soviets.

“Their reason for setting up a (anti-doping) lab was completely different from our reason,” Moses said. “We tried to put a lid on doping. They tried to make sure they didn’t get caught. It was the prestige of those athletes winning gold medals. They wanted it, and those athletes would become national heroes and treasures.”

Before the IOC’s next move, there will be other signals, besides relocating events, about how world sports deals with Russia.

Norwegian Linda Helleland, a former vice president at the World Anti-Doping Agency and longtime politician critic of Russia, said she will promote a policy at the Council of Europe that urges sports organizations to exclude Russian athletes from international competitions. Upcoming events include next month’s world figure skating championships, World Cup soccer qualifying this spring and the world track and field championships in Oregon in July.

World Athletics is unique in that it has taken a tough stance in the Russian doping saga since 2015. Russia has been limited to only a handful of athletes at recent major championships, and that is not expected to change before summer.

“We now witness brutal actions in the Ukraine. We can’t let Russia get away with it again with no consequences,” Helleland said.

The biggest test, however, will be how the IOC responds to Russia’s eligibility for the 2024 Summer Games in Paris.

Putin’s annexation of Ukraine’s Crimean Peninsula in 2014 and the full-scale invasion of Ukraine both came directly after the close of the Winter Olympics, with Russia enjoying success on the playing field and a long gap before its next appearance on sports’ biggest international stage.

“We’ve been giving him a free pass for over a decade, so why would Putin not think he could get away with this?” Massaro said. “Of course the Olympics are part of this. And here we are again, and this time, he’s crossed the Rubicon in the most profound way.”