Skip to content
Home News Ukraine: Europe, between the ‘small war’ and the ‘big war’ | International 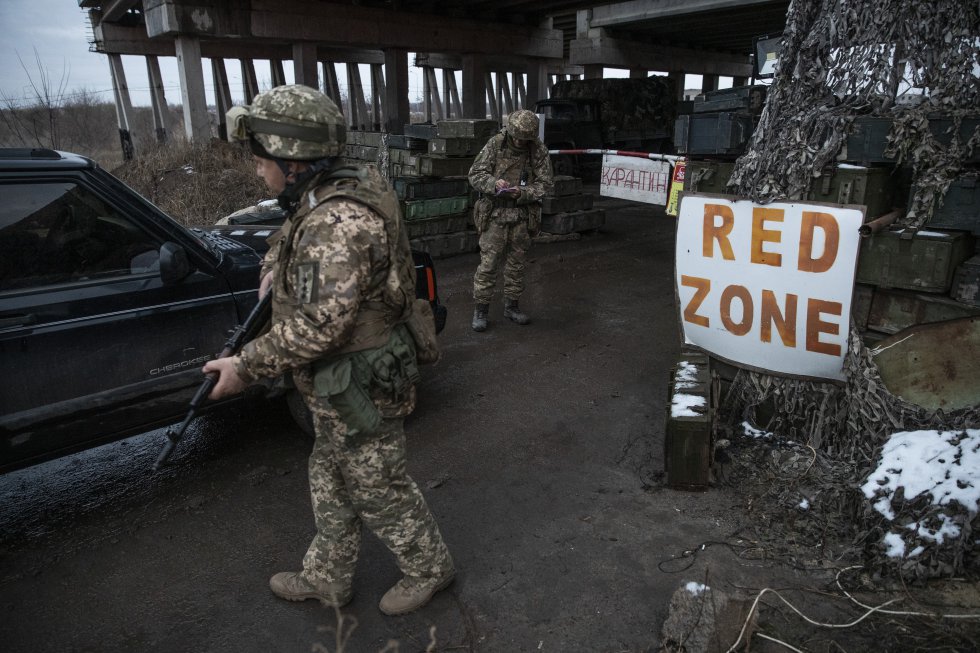 Will the Kremlin expand its military presence in Ukraine in the name of irrevocable Russian interests? Trying to answer the question, Western administrations analyze the routes of hypothetical military deployments from the Russian border. Possible troop movements may be elements to encourage dialogue between the president of the United States, Joe Biden, and his Russian counterpart, Vladimir Putin. The arrows on the maps may also advance more intense war chapters. Or both at the same time.

With oscillating virulence, war has been a reality in Ukraine since 2014, when Russia annexed the Crimean peninsula and supported separatists from the Luhansk and Donetsk regions. What is at stake today is the passage to a more dangerous qualitative stage, where there would be a head-on clash between Moscow’s territorial ambitions, on the one hand, and Kiev’s ability to defend the state that emerged 30 years ago.

The future will depend on how the red lines that the leaders of Russia, Ukraine, the United States and Europe draw on themselves and try to impose on others combine. As players in an electrifying game of cards, the politicians involved perceive the game in different ways. Due to his life experience and his training as an officer in the USSR’s State Security Service (KGB), Putin seems the most used to taking risks (at opportunely calculated moments and taking advantage of other people’s mistakes) to solve tasks of interest to him. Its behavior will depend on how it perceives the relationship between costs (human, economic, political) and benefits (security, authority, territory), resulting from a new expansion.

Although the Donbas region has been divided by trenches for almost eight years, significant changes have occurred over time, including the metamorphosis of the Belarusian leader, Alexandr Lukashenko, who – in the name of his own survival as an anachronistic feudal lord – has gone from emerging as a mediator and host for the dialogue of the contenders to become the first ally of the Russian annexation policy. In 2020, following the crackdown that followed the presidential elections in Belarus, Lukashenko lost his east-west leeway and recently accepted Putin’s invitation to visit Crimea and recognize that peninsula as a Russian asset.

The chances of peacefully reintegrating eastern Ukraine into control of Kiev have been complicated, in part by the clumsiness of the Ukrainian leadership, who in 2017 isolated the separatist territories and practically threw the residents of those regions into the arms of Russia. Moscow has given them a new perspective by handing out passports and thus making them a reason to legitimize an eventual “defense of Russian citizens” in Ukraine.

Faced with the risks, the West must decide (not only with words) whether it considers Ukraine as one of its members (regardless of whether it is in NATO) or sees it only as a space of contention in the face of a resentful and militaristic Russia. Ukraine’s leaders (with their good or bad management of the state) influence their Western colleagues, who can choose between becoming deeply involved, limiting themselves to rhetorical gestures, or looking elsewhere and being tempted by business with Russia. The Little Donbas War and the annexation of Crimea are also of special value to large observers such as China and Turkey, who view Moscow’s policy through the prism of their own interests.

See also  Who will buy Chelsea? Potential owners after Roman Abramovich puts club up for sale

With its sphere of influence in the Pacific as a benchmark, Beijing is benevolent towards Russia in Crimea. Turkey, for its part, seeks new leadership in the spaces of the former Ottoman empire and its areas of influence, which includes Crimea, which was a us [territorio bajo un jefe tártaro] vassal of the sultan, before Catherine II conquered the peninsula in 1783.