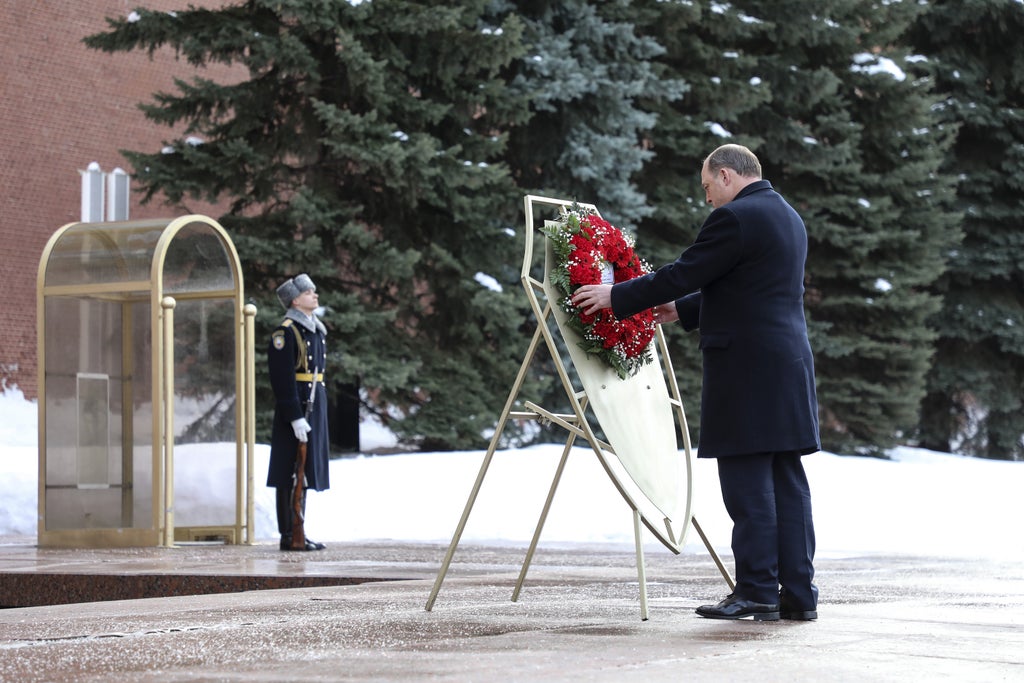 Ukraine has criticized the Defense Secretary’s comparison of diplomatic efforts aimed at preventing an invasion by Russia to appeasement, saying now is the wrong time to “offend our partners”.

The “worsening situation” in Ukraine caused Ben Wallace who has warned an attack is “highly likely”, to leave a family holiday in Europe early on Sunday, having departed a day earlier.

But his remark that there is a “whiff of Munich in the air”, in a reference to the agreement that allowed German annexation of the Sudetenland in 1938 but failed to prevent the Second World War, was not welcomed by Ukraine.

Ambassador to the UK Vadym Prystaiko warned that the panic being caused by the West sounding the alarm could be playing into Russian President Vladimir Putin’s hands.

“There’s panic everywhere not just in people’s minds but in financial markets as well,” he added, warning it is “hurting the Ukrainian economy on sort of the same level as people leaving the embassy”.

Mr Wallace said in an interview with The Sunday Times that Moscow could “launch an offensive at any time”, with an estimated 130,000 Russian troops and heavy firepower amassed along Ukraine’s border.

The Defense Secretary said he was returning from a planned long weekend abroad in Europe with his wife and children “because we are concerned about the worsening situation in Ukraine”.

Mr Wallace arrived back in the UK from Moscow in the early hours of Saturday before heading abroad with his family, but it was understood he had already accepted he would be leaving the holiday early rather than having it canceled on arrival in the light of new developments with Russia.

Mr Lewis discussed the optimism of 1938 that diplomacy could prevent European conflict, adding: “It turned out that wasn’t the intent or aim of Adolf Hitler at the time.”

The Northern Ireland Secretary told the BBC’s Sunday Morning programme: “What he’s (Mr Wallace) drawing comparison with is we hope that the conversation that he’s had, that the Foreign Secretary and others… has a positive outcome and Russia does work through and find a diplomatic peaceful way out of this.

US President Joe Biden warned his Russian counterpart an attack would cause “widespread human suffering” during an hour-long phone call on Saturday.

Mr Biden told Mr Putin an attack would “diminish Russia’s standing” as heightened fears of an attack caused Britain and other allies to urge citizens to flee Ukraine.

Ukrainian President Volodymyr Zelensky sought to play down the threat, saying: “The best friend of our enemies is panic in our country. And all this information is just provoking panic and can’t help us.”