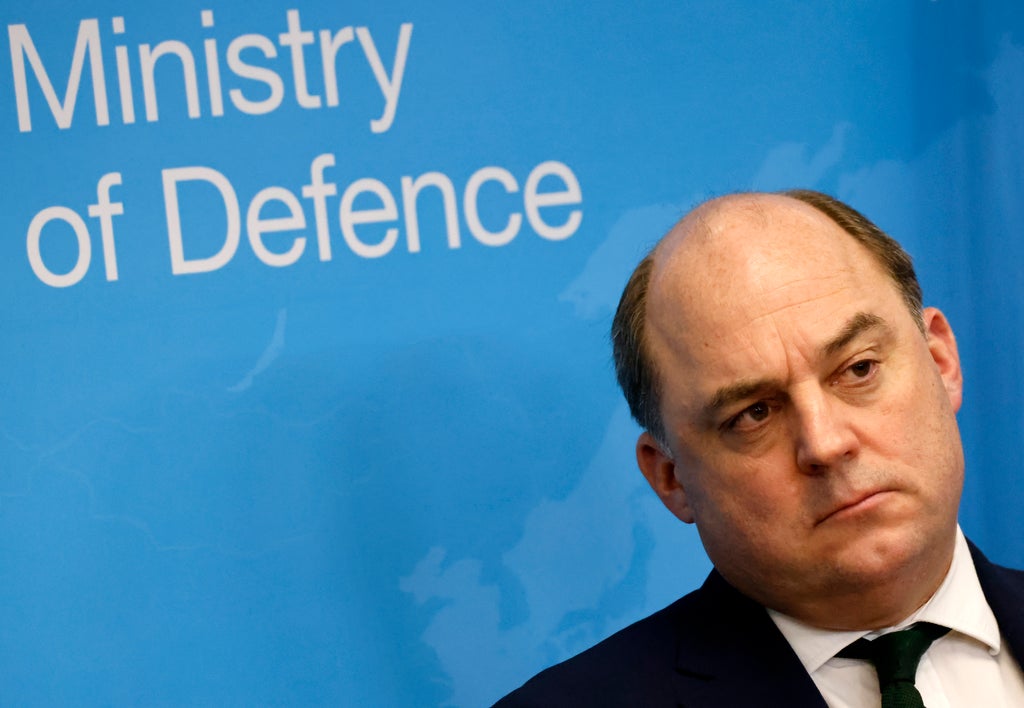 British defense secretary Ben Wallace was in Moscow on Friday for talks with his Russian counterpart as Western leaders warned war in Ukraine could begin imminently.

Mr Wallace is expected to tell the Russian defense minister that any invasion of Ukraine would be a “lose-lose” situation, The Times reported, but there were fears overnight that the serious situation between the two Eastern European countries was worsening.

US President Joe Biden told American citizens to leave Ukraine immediately and insisted that US troops will not be involved in any rescue missions if Russia invades.

Meanwhile, US Secretary of State Joe Blinken, said a Russian invasion could take place at any time and Washington was witnessing “very troubling signs of Russian escalation”.

Mr Wallace’s trip is the latest diplomatic push by Britain following Boris Johnson’s visit to Brussels and Poland to meet with Nato allies on Thursday, where the Prime Minister warned that the next few days were the “most dangerous moment” in “the biggest security crisis that Europe has faced for decades”.

At the same time in Moscow, the strain in British and Russian relations was evident following an icy meeting between British foreign secretary Liz Truss and her Russia counterpart Sergei Lavrov who publicly taunted Liz Truss as “unprepared”.

Ben Wallace’s visit to Moscow comes as legislation allowing the British government to toughen up sanctions against Russia is introduced.

Foreign Office minister James Cleverly told the Commons on Thursday: “We are now laying legislation to broaden the designation criteria for the Russia sanctions regime”, adding that it would “significantly broaden” the range of people and businesses that the UK could sanction.

Mr Wallace’s meeting takes places as Russia continues a 10-day joint military drill with Belarus and builds-up its troops on the Ukrainian border.

Commercial satellite images published by a private US company show new Russian military deployments at several locations near Ukraine. Russia has repeatedly denied that it has plans to invade the European country.

However Maxar Technologies, which has been tracking the buildup of Russian forces for weeks, said images taken on Wednesday and Thursday showed significant new deployments in several locations in annexed Crimea, western Russia and Belarus.

Moscow has also announced sweeping drills in the Black and Azov seas in the coming days and closed large areas for commercial shipping, drawing a strong protest from Ukraine on Thursday.

Russia and Ukraine have been locked in a bitter conflict since 2014, when Ukraine’s Kremlin-friendly leader was driven from office by a popular uprising. Moscow responded by annexing Crimea and then backing a separatist insurgency in eastern Ukraine, where fighting has killed over 14,000 people.

A 2015 peace deal brokered by France and Germany helped halt large-scale battles, but regular skirmishes have continued and efforts to reach a political settlement have stalled. The Kremlin has accused Kiev of sabotaging the agreement, and Ukrainian officials would argue in recent weeks that implementing it hurt their country.

Foreign policy advisers from Germany, France, Russia and Ukraine held nearly nine hours of talks in Berlin on Thursday to try to revive the stalled agreement but made no progress.