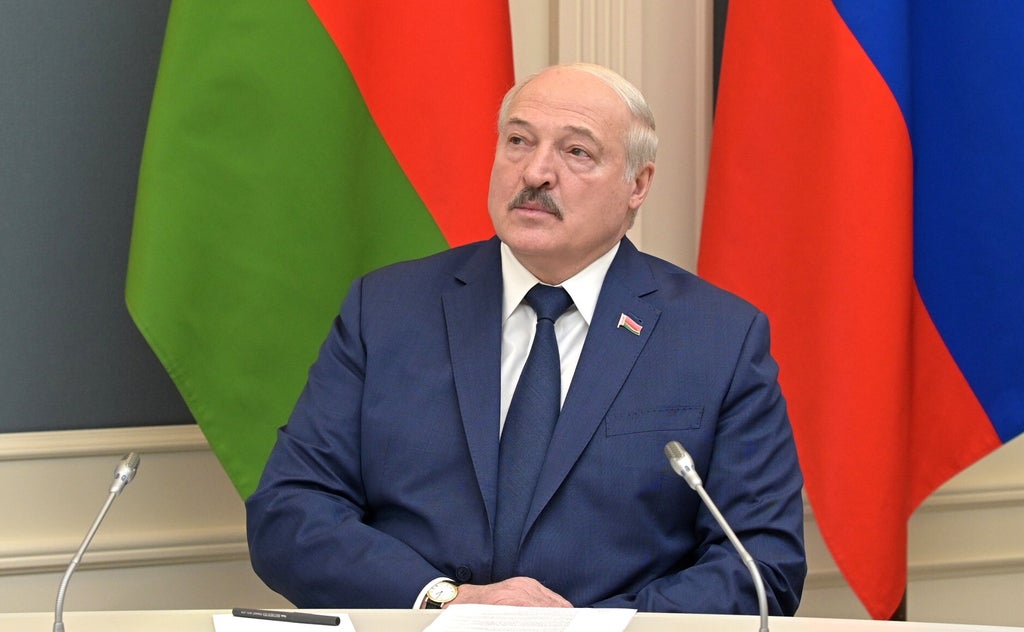 Belarusian president Alexander Lukashenko has said his troops could take part in Russia’s military operation against Ukraine if needed, and that he will discuss strengthening the country’s western flank with Vladimir Putin.

Russia launched an all-out invasion of its neighbor by land, air and sea on Thursday, with troops and tanks crossing from several points including Belarus’ southern border, according to video footage and Ukraine’s interior ministry.

Belarus has increasingly become a servant of Moscow under its strongman leader and the Nato military alliance estimated that there were 30,000 Russian troops on Belarusian soil prior to the invasion.

“I have [Mr Putin] gave me a detailed introduction to the situation and most importantly, to the development of the situation,” Mr Lukashenko was quoted as saying in a meeting with the Belarusian military.

Mr Lukashenko said Belarusian troops did not participate in the Russian invasion, but that they could take part “if necessary”.

The president also said that he and Mr Putin had agreed that Belarus would consider what kind of modern military equipment was needed, and would discuss bolstering the country’s west.

“I don’t think Lukashenko has any say in what happened last night, he couldn’t control these forces,” he told The Independent.

“I think it’s also a possible scenario that Russia could occupy Belarus in the future, but it won’t happen now, Russia needs an international ally and that is what Lukashenko is right now.”

Fears of a Russian incursion on Ukraine from Belarus rose on Sunday when defense minister Viktor Khrenin announced that Minsk’s joint military exercises with Moscow would be extended, while satellite imagery from US company Maxar Technologies showed a further build-up of equipment in southern Belarus.

Mr Lukashenko claims he “personally asked” Mr Putin to keep Russian troops in Belarus to protect the state against a purported threat from Ukrainian military manoeuvres near the Belarusian border. No such threat has ever existed.

Josep Borrell, the EU’s High Representative for Foreign Affairs, described the invasion as “the darkest hours for Europe since the end of World War Two” and condemned “the involvement of Belarus in this aggression against Ukraine”.

He also called on Minsk “to abide by its international obligations”.

Belarus has already come under heavy sanctions from the EU and US since Mr Lukashenko cracked down on opposition protests in late 2020 following a disputed election where the strongman claimed to have received 80 per cent of the vote but opponents said was rigged.

The exiled opposition leader, Sviatlana Tsikhanouskaya, was among the chorus of people calling for harder sanctions on Minsk. “We ask the international community to impose the strongest sanctions against Lukashenko and the Belarus regime as soon as possible”, she said on Twitter.

Mr Lukashenko’s isolation since the elections has pushed him towards Moscow, and Mr Putin has supported him with economic and political support.

Despite this, Belarus did not recognize the so-called Donetsk and Luhansk People’s Republics on Tuesday – following Russia’s decision to grant them independence – only going as far as saying it “respected and understood” Moscow’s position.

Mr Lukashenko only recognized Crimea as Russian territory last November, more than seven years after it was annexed.

In a separate development, early voting started this week in Belarus’ Constitutional referendum, the third such vote since Mr Lukashenko took office in 1994.

The proposed amendments would reduce the power of the rubber-stamp parliament, give sweeping powers to the All-Belarusian People’s Assembly, a parallel political structure of handpicked elites, shield Mr Lukashenko from any future prosecution, and give him the option to stay in power until 2035. 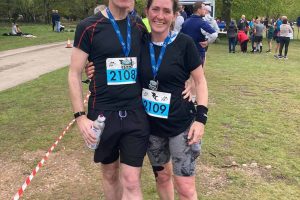