Skip to content
Home News UK weather: How will Storms Dudley and Eustice affect your area? 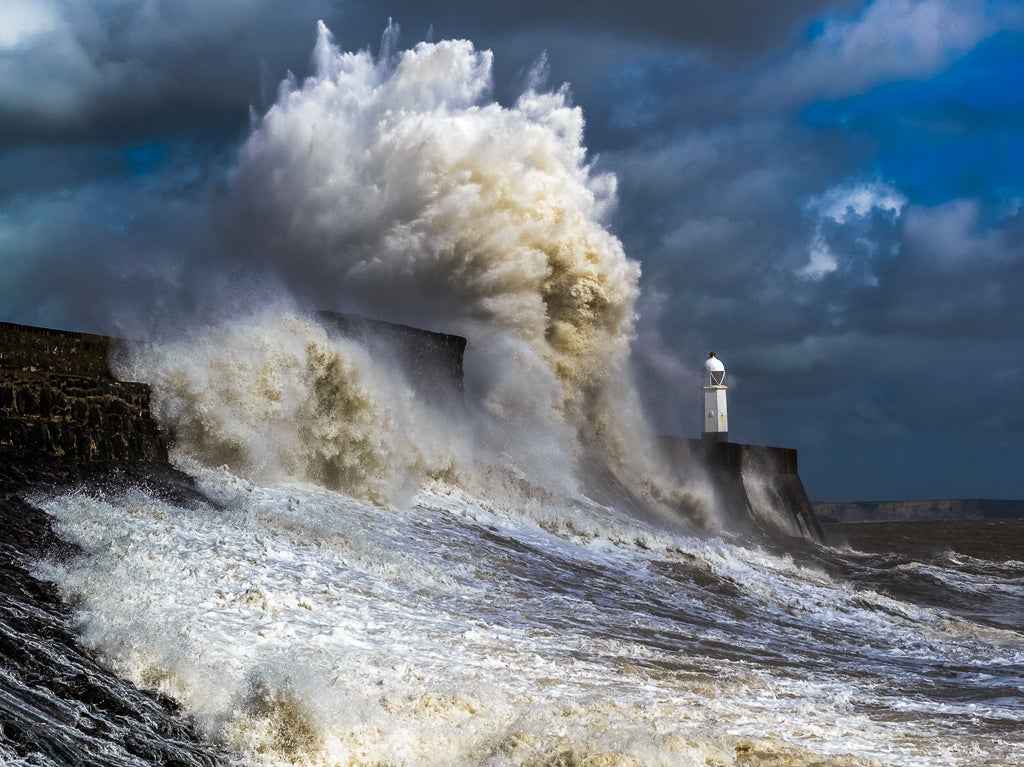 Two storms are set to batter large parts of the UK this week, bringing 90mph gales, heavy rain and snow.

Storm Dudley is expected to hit northern parts on Wednesday and Thursday before Storm Eunice arrives on Friday.

Forecasters have issued a number of weather warnings for the two storms lasting until the end of the week, alerting people to the dangerous of high winds and potential disruption to transport.

The warnings begin at around 3pm on Wednesday and aren’t expected to ease until 9pm on Friday night, covering virtually all parts of the country at different points over the next three days.

Met Office meteorologist Tom Morgan added that in addition to snow, wind and rain, ice warnings could be issued later in the week, affecting Scotland, Northern Ireland and the North of England.

“It’s Scotland and the north’s turn on Wednesday and into Thursday, and then it’s probably going to be the southern parts of England and Wales that will see the very strongest winds on Friday,” he added.

See how your area is set to be affected below as the country battens down the hatches.

Much of North East England, including Middlesbrough, Newcastle and Sunderland, is covered by an amber warning for wind on Wednesday, the second most severe alert issued by the Met Office.

It is in place from 4pm and will remain active until midnight and warns of gust of between 70 and 90 mph.

Residents in this region are being warned that, while the warning is in place, travel services are likely to be disrupted.

There will potentially be flying debris, some fallen trees and damage to buildings, such as tiles blown from roofs, the Met Office says.

There is a good chance that power cuts may occur, with the potential to affect other services, such as mobile phone coverage.

“Injuries and danger to life is likely from large waves and beach material being thrown onto coastal roads, sea fronts and properties,” the Met adds.

A less severe yellow wind warning is in place for Thursday and Friday, meaning there is still likely to be impacted on travel.

Swathes of North West England, including Manchester and Liverpool, are covered by a yellow warning for wind on Wednesday, Thursday and Friday.

They begin at 3pm Wednesday and will remain until 9pm on Friday evening, potentially bringing strong gales of up to 70mph.

Travel disruption and some damage to buildings is possible, the Met says.

Drivers are being urged to think carefully about their journeys.

RAC Breakdown spokesman Rod Dennis said: “The strength of the wind brought about by Storm Dudley will make driving conditions extremely difficult for drivers in the north of the UK, so we urge people to delay their journeys until the storm passes if at all possible.

“Anyone who does set out should stick to major roads if they can, reduce their speed while driving and have a firm grip of the steering wheel at all times but especially when overtaking high-sided vehicles.

“We also recommend parking away from trees as the storm may well cause some to fail.”

Storm Eunice is expected to bring heavy rain and possible snowfalls on high ground from the Midlands northwards, the Met Office said.

It said that, where snow does fall, the high winds are likely to create blizzard conditions.

Parts of the Midlands, including Birmingham, Nottingham and Stoke-on-Trent, are covered by a yellow wind warning from Wednesday to Friday.

“This system (Storm Eunice) is also expected to bring some heavy rain and there is a potential for some significant snowfall over hills in the Midlands and further north,” the Met Office said.

Potentially heavy rain will hit the South West on Wednesday but strong winds are set to follow by the end of the week.

Large parts of South West England, including Plymouth and Exeter, are covered by a yellow wind from midnight Thursday until 9pm on Friday.

National Highways head of road safety Jeremy Phillips said: “We’re encouraging drivers to check the latest weather and travel conditions before setting off on journeys and consider if their journey is necessary and can be delayed until conditions improve.

“If you do intend to travel, then plan your journey and take extra care, allowing more time for your journey.”

“In high winds, there’s a particular risk to lorries, caravans and motorbikes so we’d advise drivers of these vehicles to slow down.

Although not affected by Met Office warnings initially, showery rain will move across southern England on Wednesday afternoon.

All of South East England and London is covered then by a yellow warning from midnight Thursday until 9pm on Friday so strong winds are expected by forecasters ahead of the weekend.

Storm Dudley is expected to bring wind likes of up to 80mph-90mph on exposed coasts and hills of Scotland, with 60mph-70mph possible further inland.

Heavy rain will spread into southern Scotland by noon on Wednesday, while winds are expected to ease through Thursday afternoon and evening, forecasters said.

Central, Tayside and Fife are covered by an amber warning which is in place from 4pm to midnight tomorrow, with warnings of potential power cuts in the hardest hits regions.

It is in these areas, on higher ground, is also where snow is most likely to fall as the wet weather meets the cold air.

A Met Office spokesman said: “With regard to Storm Dudley, snow will mostly be on high ground, with the highest accumulations in the Grampians.

Wednesday will see the north half of the country, just above Aberystwyth, covered by a yellow warning for wind from 3pm as Storm Dudley brings powerful Wales.

This then expands on Friday to cover all of Wales as Storm Eunice brings further high winds to the UK.

The Met Office has said that because the second storm is not yet fully formed, they are less able to predict the severity of the weather at this stage.

Strong winds and heavy rain will cross Northern Ireland on Wednesday evening before pushing eastward to northern England overnight and through Thursday morning.

The north coast, including Londonderry/Derry Coleraine and Ballycastle, is covered by the amber warning on Wednesday day and the whole of Northern Ireland is covered by the yellow warning across the three days.