The Met office has said that the country is to be hit by thunderstorms, Wales and heavy rain over the coming three days due to a “revved up jetstream” that is bringing in the storms

The UK is set for three days of stormy weather (

Brits are set to be battered by three days of thunderstorms, heavy rain and gale force winds as a “revved up jet stream” brings in the storms from the Atlantic.

After high temperatures for much of May and a warm weekend, people will have to dig out the coats and umbrellas as unseasonably poor conditions hit.

Met Office forecaster Aidan McGivern said: “Three days or so of rain, showers and a keen breeze especially on Wednesday and Thursday before the weather settles down for the weekend.”

Looking at today, Mr McGivern said that there will be “lively showers” ​​up and down the country.

“Quite widely by mid-morning showers popping up just about anywhere and they will be lively in places, particularly in the south there will be hail and thunder where these showers occur,” he said.

The unsettled weather is coming from the Atlantic jetstream
(

“A keen breeze in the North East making it feel cool but further south, lighter winds, temperatures around average and away from the showers, particularly later and particularly towards the west there will be some sunny spells.

“The focus for showers on Tuesday evening, increasingly in the east, a slot of clearer drier weather crosses the country from the west. Under those clear skies the temperatures drop away with a touch of ground frost possible for some sheltered spots in Scotland.”

It is a similar picture for Wednesday with “wet and windy weather”.

Mr McGivern said the “jet stream really revving up during the next couple of days pushing these features in from the Atlantic deepening some areas of low pressure to the north of the UK and making it fairly unseasonable for most of us.”

The winds also touching gale force for the coasts in Scotland.

While Mr McGivern said the extra wind on Thursday for other areas of the country will make it “not very pleasant at all” he added that the warmer conditions should return for the weekend.

The thunderstorms and strong winds are also hitting central Europe this week.

Germany is bracing for another bout of potentially dangerous weather conditions, as its meteorological service, Deutscher Wetterdienst (DWD), warns of a new low-pressure front approaching the southwest.

Last Friday at least 40 people were injured in western Germany, and local media reported that a 38-year-old man in the town of Wittgert died as a result of the storms.

Remaining areas of rain, locally heavy, over eastern England soon clearing, then all parts having a day of sunny spells and scattered showers, some heavy with risk of thunder and hail. Fewer showers and more sunshine in west this afternoon.

Showers in east fading, then dry with clear spells in central and eastern parts. Cloudier and breezier in west and north with rain moving east, locally heavy in northwest Scotland.

Cloud and occasional rain moving east, although some eastern areas remaining dry. This followed by sunny intervals and a few showers. Breezy and quite gusty in the north.

Unsettled and breezy on Thursday with a mix of rain, showers, and some sunnier spells. Improving away from north Scotland on Friday, and becoming more widely settled by Saturday

UK weather: Platinum Jubilee may be hottest weekend of the year with scorching 28C highs 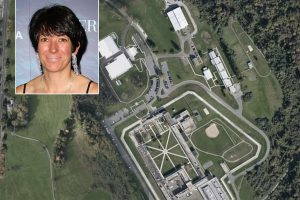