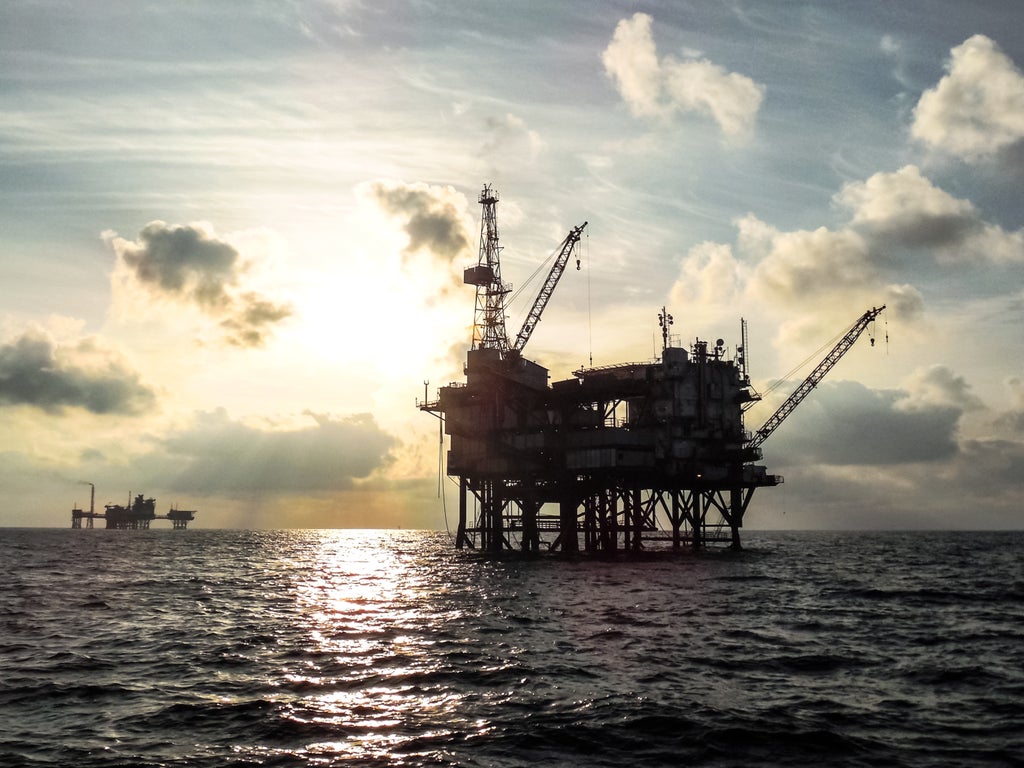 Environmental groups have accused the UK of “torpedoing climate action” and “disregarding science” amid reports six new oil and gas fields are to be approved in the North Sea this year.

Rishi Sunak – who said last week he wanted to encourage more investment in new fossil fuel drilling – is reported to have pressed the business secretary to fast-track applications.

A new oil and gas field in the North Sea has already been given the green light this year – just two months after the UK held the global climate Cop26 summit. Green groups fiercely criticized the move, accusing the government of hypocrisy and taking action that “only worsens the climate crisis.

It is set to be followed by half a dozen more approvals for fossil fuel drilling this year, according to The Telegraph. The sites have reportedly already been given a preliminary license by ministers and are expected to be approved by the Oil and Gas Authority (OGA), the UK regulator.

The Telegraph reported there were fears in the Treasury about how the move to net-zero could impact the economy, while a Whitehall source told the newspaper the business secretary was “pushing for more investment in the North Sea” during the transition for “domestic energy security” as well.

Philip Evans, oil campaigner at Greenpeace UK said: “This would represent a stunning retreat from the pro-climate posturing we saw from the government at the Cop26 climate summit in Glasgow.”

He added: “Rishi Sunak’s climate busting drive for fossil fuels is clearly against the spirit of that declaration and against the demand of the British people that climate is a top matter of concern.”

Carla Denyer, co-leader of the Green Party said: “Boris Johnson urged global leaders at Cop26 to ‘defuse the bomb’ of climate change. Now his own government is torpedoing climate action by granting permission for more climate wrecking oil and gas to be extracted from the North Sea.

She said more oil and gas fields “disregards the science” and ignores the International Energy Agency’s call for these to be halted.

The UK declined to join an international alliance aimed at ending new oil and gas projects at the Cop26 summit in November hosted in Glasgow.

MPs and experts told The Independent the UK needed to shift to renewables to protect itself from energy crises such as the current one – which is behind soaring household bills.

Mr Sunak also faced criticism over his endorsement of more investment in new fossil fuel drilling in the North Sea last week. The chancellor said the UK needed natural gas as part of its transition to net zero – but environmental groups slammed it as a step in the wrong direction amid current climate goals.

According to the International Energy Agency, natural gas is the “cleanest burning” fossil fuel – but still emits greenhouse gases.

Downing Street confirmed that six applications for extension of North Sea drilling were currently under consideration, but said they all related to oil and gas fields licensed in the past – some as long ago as the 1970s.

Their development proposals would go through the usual processes with the OGA, as well as environmental impact assessment and a public consulation, the prime minister’s official spokesperson said. “No decisions have been made,” they added.

See also  Drugs, Dolls and Johnny Depp: The Viper Room's demolition is the end of a Hollywood era

The OGA declined to comment on reports of six new oil and gas fields.

A Department for Business, Energy and Industrial Strategy spokesperson said: “There will continue to be ongoing demand for oil and gas over the coming years as we transition to cleaner, more secure forms of energy generated in this country.

“As the business secretary has said, turning off our domestic source of gas overnight would put energy security, British jobs and industries at risk, and we would be even more dependent on foreign imports.”