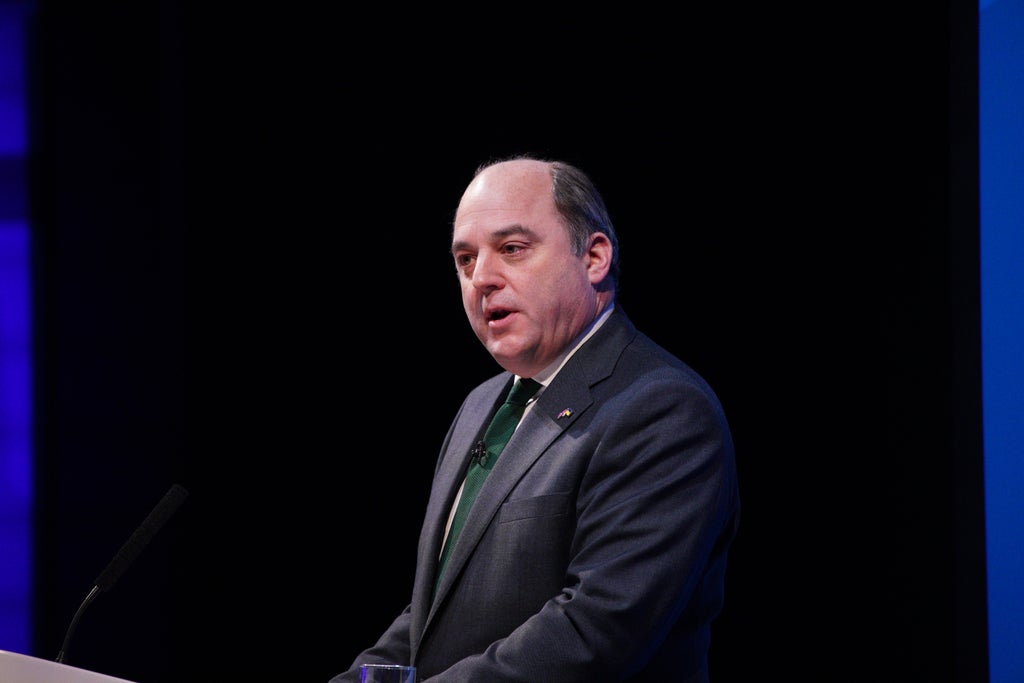 Britain has accused Russia of spreading “propaganda” to distract from its atrocities in Ukraine after a second hoax video featuring Defense Secretary Ben Wallace was published.

Vladimir Putin’s Kremlin has been squarely blamed for the imposters’ calls with three Cabinet ministers, as officials appear to struggle to get the clips removed from YouTube.

The Ministry of Defense (MoD) described the videos as “doctored clips” from the “Russian state” and issued warnings against believing their contents.

In the second video, released on Tuesday, Mr Wallace apparently suggests to the caller, who he believed was Ukrainian prime minister Denys Shmyhal, that the UK is “running out of our own” NLAW anti-tank weapons.

The MoD said Britain has provided more than 4,000 NLAWs to Ukraine’s forces but still has “enough weapons systems to defend both UK national security and maintain our commitments” to Nato.

“This video, like most Russian propaganda, is fed out to obscure and manipulate the truth,” the statement said.

“People should be very skeptical about reporting on, and accepting as real, any part of these Russian state doctored clips.”

Talks were still ongoing to get the first clip – published on Monday evening – removed before the second emerged, the PA news agency understands.

They are presented as being from the self-styled pranksters “Vovan and Lexus” but No 10 insisted the Kremlin is behind the attempted smears.

The Prime Minister’s official spokesman said: “We believe the Russian state was responsible and I’m unable to go into more detail about the information that sits behind that.”

He added: “It is standard practice for Russian information operations to try and use these tactics, it seeks to be a distraction from their illegal activities in Ukraine, their human rights abuses, and so we will not be distracted from our purpose in ensuring Putin must fail in Ukraine.”

Downing Street was braced for more videos of Mr Wallace to emerge and acknowledged it was possible footage of a hoax call with Priti Patel could be published, with the Home Secretary having been targeted earlier.

The Defense Secretary has described having terminated the call after “becoming suspicious”, with sources suggesting the call lasted around 10 minutes.

But the perpetrators claimed it lasted 22 minutes before ending on a “benevolent mutual farewell”.

Lexus and Vovan have previously targeted the Duke of Sussex, Sir Elton John, a vocal opponent of Russia’s “gay propaganda” laws, critics of the Kremlin and world leaders including Canada’s Justin Trudeau.

The pair, real names Vladimir Kuznetsov and Alexei Stolyarov, have been accused of having links to Russian security services, something they deny.

Mr Wallace publicly acknowledged he had been targeted shortly after his call on Thursday in an attempt to get ahead of any attempt by Moscow to circulate footage from it.

He also launched a cross-Whitehall investigation to understand how he ended up on the video call.