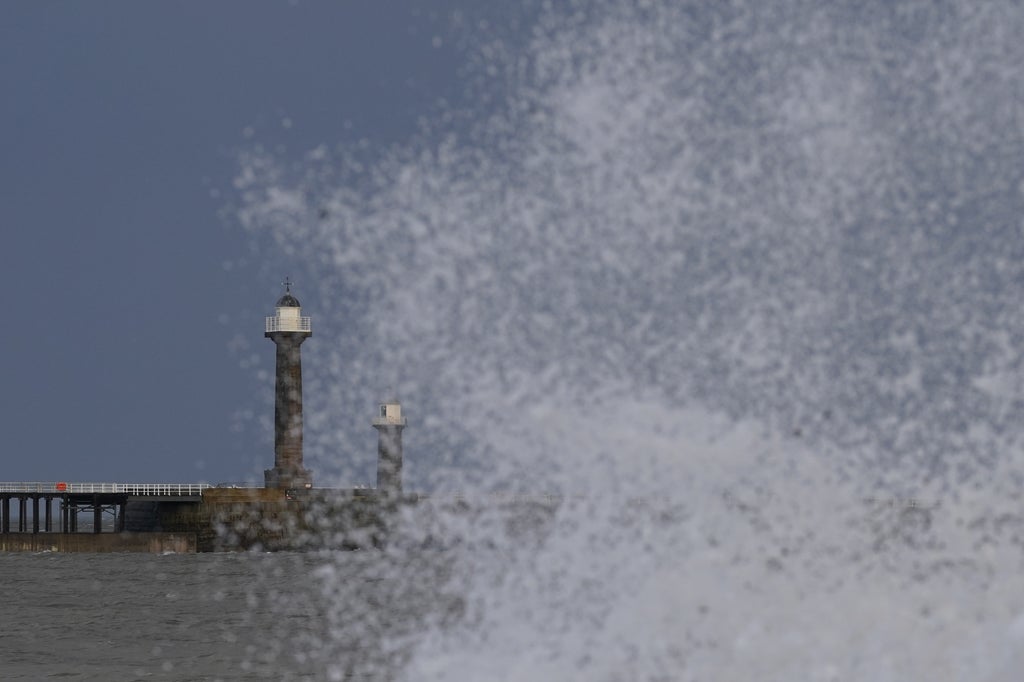 The Met Office had issued an amber warning for strong winds covering central Scotland, parts of Northern Ireland and northern England above Hull over the evening, with yellow wind warnings in place as far south as Birmingham.

As Storm Dudley moved in during the afternoon, Capel Curig in Wales experienced likes of up to 81mph, with Emley Moore in Yorkshire seeing 74mph winds, while Drumalbin in Scotland was hit by 71mph gales.

It comes ahead of Storm Eunice, with London North East Railway (LNER) warning customers with tickets for journeys between York and Leeds and London King’s Cross on Friday to move them to Thursday instead due to expected disruption and damage.

Snow and ice warnings were also in place until Thursday morning in northern parts of Scotland.

One person spoke of seeing a trampoline on a train track, while others posted pictures of unusual cloud formations.

Met Office forecaster Marco Petagna told the PA news agency: “There’s obviously been a generally blustery picture across the country with a combination of rain and hill snow in the north.

“Some areas have seen severe gusts of up to 81mph so it’s been a very windy day but that will start to slowly ease as we go into tomorrow.

“A new yellow warning of snow and ice has been issued for northern parts of Scotland and is expected to last into Thursday morning which could create some dangerous conditions on roads and paths.”

The Environment Agency had three flood warnings in place as of Wednesday evening in northern areas of England.

Avanti West Coast said due to damage to the overhead electric wires at Carlisle all lines towards Glasgow and Edinburgh are blocked.

ScotRail wound down almost all services from 4pm amid fears of falling trees and blowing debris as wind speeds were expected to reach more than 80mph.

Ferries in Scotland have also been severely disrupted, with 20 of the 29 routes experiencing cancellations.

Although unrelated to the weather conditions, Southeastern Railway said services to and from St Pancras were unable to run due to a trespasser.

Historic Scotland announced the early closure of eight of its sites on Wednesday afternoon, including Edinburgh, Stirling and Blackness castles, Glasgow Cathedral, and Melrose Abbey.

Northern Powergrid said teams are poised to respond to any power cuts.

These conditions will be followed on Friday by Storm Eunice which could be even more damaging, with stronger winds than Dudley, heavy snow and possible blizzard conditions.

Another amber warning has been issued, with the potential for stronger winds, and predictions that likes could top 90mph in the South West and South Wales.

Mr Petagna said that Wales could reach up to 100mph in coastal regions.

The Environment Agency has warned of the risk of flooding in southern England on Friday.

Flood duty manager Katharine Smith said: “Strong winds could bring coastal flooding to parts of the west, south-west and south coast of England, as well as the tidal River Severn, through the early hours of Friday morning and into the early afternoon.

“This is due to Storm Eunice resulting in high waves and potential storm surges coinciding with the start of a period of spring tides.”

She said agency teams were making preparations, erecting barriers and clearing screens where flood debris can build up.

The Energy Networks Association has offered safety advice ahead of the storms.

Spokesman Ross Easton said: “It’s really important to stay safe when bad weather hits. If you come across failed power lines or damage to the electricity network, stay well clear and call 105 for free to report it. If there is an immediate risk to life or someone is in danger, dial 999.”

Green Flag has predicted a spike in breakdowns across the country over the coming days.

Mark Newberry, commercial director at Green Flag, said: “As a result of these weather conditions, we urge drivers to remain cautious and to carry out the relevant safety checks before setting off on their journeys.

“It’s particularly important that people are as prepared as possible to withstand the high expected wind speeds and potential snow in some areas.” 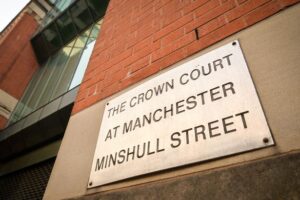