Firms are being hit with massive gas and electricity bill hikes, far in excess of those being handed to households, who are protected by the price cap.

Yet leaders from across the spectrum of British business say they have had little indication from Treasury officials that their concerns are being heard.

Hospitality, fertilizer and steel industry leaders are among those who fear their calls for intervention will go unheeded when the chancellor announces his tax and spending plans at the spring statement.

Haulage industry leaders welcomed reports that the chancellor is considering a 5p cut to fuel duty but said it would reverse only cover a small fraction of a record increase in pump prices.

The Treasury has indicated that any new tax and spending changes will be focused on supporting households budgets, not firms. But business groups warn that the approach could prove short-sights because a failure to help firms will ultimately result in unsustainable price increases being passed on to consumers.

Kate Nicholls, chief executive of UKHospitality said pubs bars, and restaurants would have to hike prices by an average of 10 per cent due to a “perfect storm” of inflationary pressures. Around half of that pressure results from the removal of pandemic support, including a reduction in VAT.

“We have a cost of living crisis but we also have a cost of doing business crisis,” she said, adding that she was “not optimistic” the chancellor would announce any major policy changes this week.

Hospitality firms, hit hard by the pandemic, are now seeing costs go up 13 to 15 per cent, with food, wages and transport prices all rising rapidly. The war in Ukraine threatens to cause further upward pressure on prices this year.

Rishi Sunak’s proposed National Insurance hike will add to the squeeze on both businesses and consumers.

“It means we face no option but to put up prices at the worst possible time, just when people are facing a cost-of-living squeeze. We fear it will suppress demand and reverse the recovers,” Ms Nicholls added.

Multiple sources who have met with the Treasury in recent days said they understood Mr Sunak would not budge on the NIC increase. It will see NIC payments jump by more than 10 per cent in cash terms for many people, further eating into incomes being eroded by inflation.

Industry is now pinning its hopes on the chancellor increasing the threshold at which people begin paying NI, which would partially offset the increased rate.

Ms Nicholls said she would welcome the change, but pointed to a range of measures that would be more effective, such as lowering the rate of VAT and overhauling business rates.

Energy-intensive industries have been hit hardest by rocketing prices for gas and electricity, but they too expect little assistance from government.

“It’s difficult to get our hopes up, given the various things we have been through the past couple of years.”

Mr Aaskov said ministers have not chosen to use their much-touted “Brexit freedoms” – such as not being bound by rules restricting state aid – to support the nation’s steel industry.

Steel plants have frequently lain idle in recent months as energy has spiked so high that production is unviable.

Fertilizer supplies have come under severe strain from high gas prices and Russia’s invasion of Ukraine, but the industry is not expecting any intervention.

Jo Gilbertson, head of fertilizers at the Agricultural Industries Confederation, warned UK food supplies could be further threatened as a result.

British Ceramic Confederation chief executive Dr Laura Cohen said the chancellor had threatened the future of energy-intensive industries by being slow to act on high prices. “The Government talks about producing an energy supply strategy, but we need action now,” she said.

Logistics firms are set to the among the biggest beneficiaries of an unconfirmed plan to cut fuel duty by 5p. Kate Gibbs, head of policy at the Road Haulage Association said the measure was welcome but warned that firms still faced big cost increases which would ultimately hurt consumers.

“It’s going it’s going to be a real real struggle with pump prices at the highest I can ever remember,” Ms Gibbs said.

Fuel accounts for a third of haulage businesses’ costs and the average 44-tonne lorry achieves around 8 miles to the gallon, meaning that any increase in diesel and petrol has a significant impact on the bottom line. 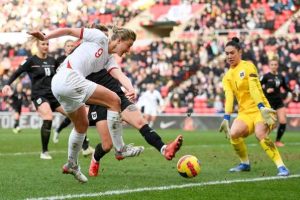 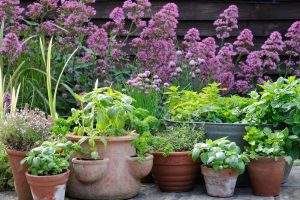 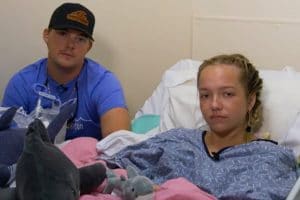