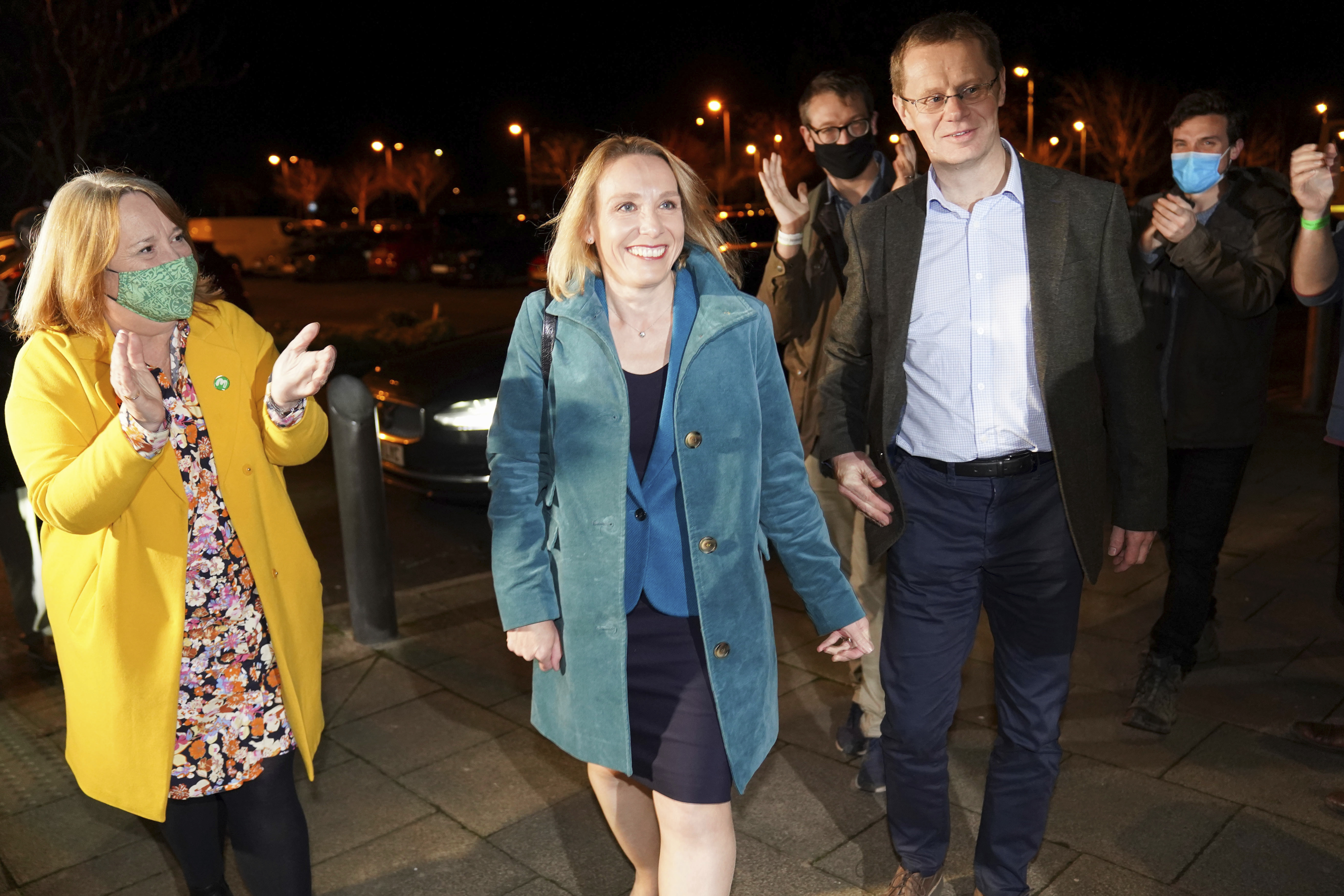 British Prime Minister Boris Johnson’s electoral magic has run out. Voters in the North Shropshire constituency, who went to the polls on Thursday to renew their seat in the House of Commons, have dealt a blow to the prime minister’s credibility that will cost him to rise. The week in which almost 100 conservative deputies rebelled against the Government and voted against its measures against the omicron variant ends with Johnson’s worst nightmare: that the voters, tired of his thanks and his jokes and fed up by the recent scandals , have turned their backs on him.

“Today, the citizens of North Shropshire have spoken on behalf of all British citizens,” announced at dawn, when his victory had already been confirmed, the liberal-democrat candidate, Helen Morgan, 46 years old. “They have said it loud and clear: Boris Johnson, the party’s over. Your Government has been based on lies and bragging, and it will be held accountable. He will be scrutinized and challenged and he can be defeated, ”Morgan said.

Johnson has been quick to acknowledge a defeat that was difficult to justify or defend. “I fully understand people’s frustration. I have listened to the message of the voters of North Shropshire, and I humbly accept their verdict, ”said Johnson this Friday. The prime minister, however, has resisted directly linking the latest scandals of his government with the catastrophic electoral result, and has not wanted to comment on the idea that there are already many conservative deputies who question his leadership. “People have been hearing a continuous litany of politicians and their mess for days, when what they want is for us to focus on the things that matter, like fighting the pandemic,” Johnson said.

Downing Street is confident that the Christmas break will reduce the tension experienced these weeks in the political circles of London, and that Johnson will be able to redirect the situation. But the threat of the omicron variant continues to point to a harsh winter, and the scandals of recent days – parties prohibited at the headquarters of the Government, during confinement; or money wasted on decorating Johnson’s official apartment – continue to weigh on the credibility of a prime minister who is currently in tatters.

North Shropshire called a by-election after the Conservative MP who had represented this constituency for more than two decades, Owen Paterson, resigned and stepped down from his seat on 5 November. His case was precisely the beginning of a catastrophic downward slope for Johnson, who has seen his popularity with voters plummet and the Conservative Party’s voting expectations collapse.

The Parliamentary Ethics Commission imposed punishment on Paterson after it was shown that he had collected tens of thousands of euros from two companies whose interests he defended in the House of Commons. One of them was the Randox laboratories, enriched with pandemic tests.

But Johnson made the mistake of forcing his deputies to vote on an amendment that changed the rules of ethical research and saved his friend Paterson’s neck. Such was the wave of outrage unleashed that, in less than 24 hours, the prime minister repented, backed down, and forced Paterson’s resignation. Dozens of conservative deputies, many of them newly incorporated to their seats after the 2019 electoral victory, expressed their anger at having squandered part of their prestige in supporting a clumsy maneuver by the government.

The worst was yet to come. North Shropshire is a deeply conservative voting rural constituency, which has endorsed the candidate of the tories in the last 200 years. In the last general election, Paterson had gained a 23,000-vote lead over his direct rival, the Labor candidate. The Liberal Democrats had come in a modest third place.

In Thursday’s vote, Morgan, an accountant who lives with her family in Harmer Hill, in the heart of the constituency – she has been thoroughly kicked in these months – has outdone the Conservatives by roughly 18,000 votes, thereby that its electoral turnaround has represented a spectacular 34% compared to the results of the 2019 general elections. The conservative candidate, Neil Shastri Hurst, a 38-year-old military doctor, has obtained just 12,000 votes. The main opposition party, Labor, has been relegated from the competition with a support of just 3,000 votes. It has become clear that voters have tactically voted for the candidate who could inflict the most damage on the Johnson administration.

One more hit, and Johnson’s out

Roger Gale, a veteran Conservative MP, was one of the first to send Johnson a serious warning on Twitter: “These elections have shown the true anger of the voters against Downing Street. The prime minister now has the Christmas break to regroup forces. No one wants a leadership change in the midst of a pandemic, but one more blow like this, and [Johnson] he’s out, ”Gale wrote.

The 1922 Committee, the parliamentary group that concentrates conservative deputies without portfolio in the Government, has already begun to receive letters requesting an internal motion of confidence against Johnson. According to the customs of the Chamber, when the committee leadership receives 54 texts in that line, it is automatically obliged to call the motion. It has already happened with former prime ministers Theresa May and Margaret Thatcher. Both met the challenge, but that coup was the beginning of the end of their political careers. The number of letters that is accumulating is anonymous, and is not known until the motion mechanism is activated. Several British media put those sent against Johnson at a couple of dozen, still far from the number that would trigger the vote.

See also  Paris Fury's daughter, 12, is her double as she shares sweet family snaps with Tyson

The Conservative Party’s line of argument, to respond to a severe electoral blow such as the one suffered, has been to point out that this type of election is always used to punish the Government, and that the deeply conservative electorate of North Shropshire will return to the fold. in the next general elections. “It is obvious that the voters of North Shropshire are fed up and have given us a serious kick,” Oliver Dowden, chairman of the Conservative Party, has admitted on the BBC. “But this result does not yet represent a drastic general trend change,” he added. Nobody is aware that the challenge has been of an unusual dimension, and that it has served to call into question the main asset for which the Conservatives have always backed Johnson: his ability to win elections.

More in-depth sociological analyzes of the outcome of these elections lie ahead, but some insiders on the ground have pointed to a paradoxical detail: North Shropshire was Brexit territory, with broad support for the UK’s departure from the EU. The new trade agreements negotiated by the Johnson Government with Australia or New Zealand, to replace the loss of the Community internal market, have irritated the English livestock community, which considers its interests in products such as Australian lamb threatened.