Skip to content
Home News Tyson Fury on mental health: ‘There’s more to life than being the richest man in the graveyard’ 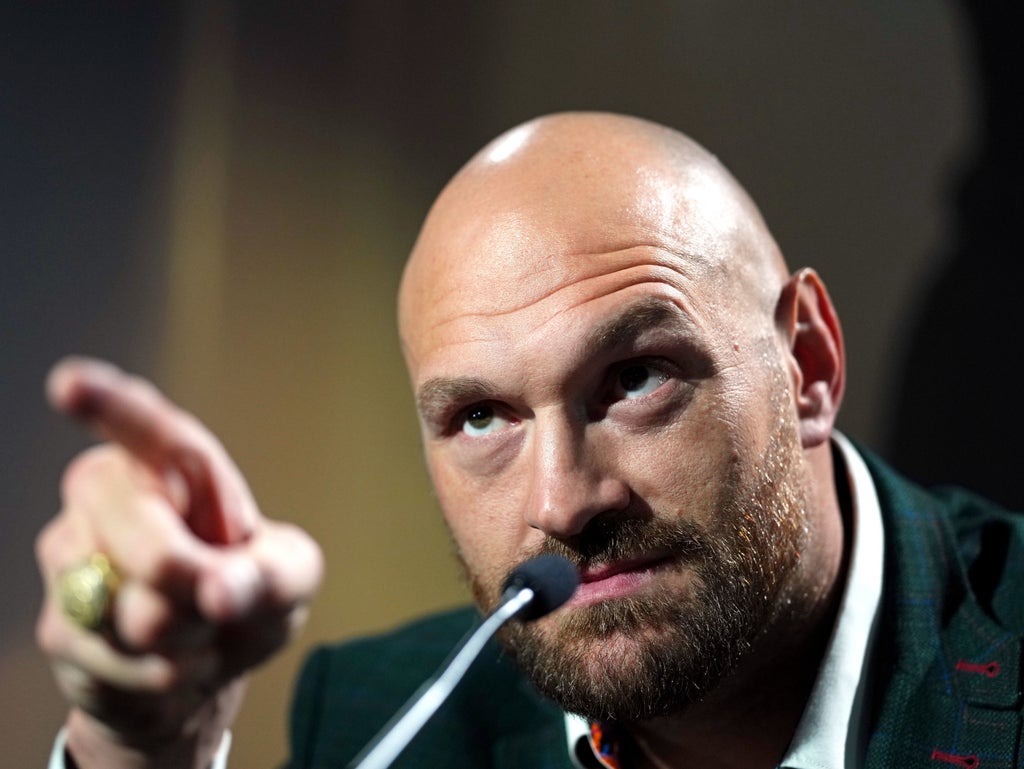 Tyson Fury has once again opened up on his battles with his mental health, insisting that “there’s more to life than being the richest man in the graveyard.”

WBC heavyweight champion Fury has spoken at length in the past about his struggles with depression, which led to a two-and-a-half-year break from boxing.

Fury relinquished the WBA, WBO, IBF and IBO heavyweight belts after dethroning Wladimir Klitschko in November 2015, and did not return to the ring until June 2018 – when he began his run towards the WBC title.

After a split draw with then-champion Deontay Wilder in December 2018, with most pundits and fans believing Fury should have been awarded the win, the Briton took the titles from the American with a stoppage victory in February 2020. In his most recent bout, in October, Fury finished Wilder again to round out their trilogy and retain the WBC belt, which he is set to defend against compatriot Dillian Whyte this April.

At a press conference around his new energy drink Furocity, which launches on Wednesday 16 February, Fury reflected on his journey back to the top of the sport on Friday.

“I think it was the first time ever that someone had come out on that level – world heavyweight champion – and spoke openly about it and didn’t hold anything back,” the 33-year-old said. “And I revealed all in my book [Behind The Mask], I put a lot of time and work into it; it took me three years and I poured my heart into it and never held any secrets back.

“It’s been an amazing story and it’s bigger than boxing. Boxing is a sport that people watch on a Friday or Saturday night to get entertained, but they take the mental health struggle home with them.

“Even my dad, I didn’t understand it. He’d come to these shows and see grown men and women in tears, crying about their problems, and he said: ‘I didn’t know this many people were struggling with it.’”

Fury went on to explain his initial difficulties in opening up about his mental health struggles.

“Who was I going to tell? Who wasn’t going to laugh at me and think I was a pathetic, weak person? That was the stigma in my mind.

“For sure [there was an element of shame and embarrassment]. At that time, I was a man who had everything the world had to offer – money, fame, glory, achievements, family – but I still felt like dying on a daily basis, and I didn’t know why.

“So, I thought: ‘If I’m feeling like that, there’s gotta be lots of other people who feel like that, too. That’s when I decided I was gonna do this open relationship with the world into the personal life of Tyson Fury AKA the ‘Gypsy King’.”

Fury also admitted that, at his lowest, he did not believe a return to boxing would be possible.

“It was a fantastic journey just to get from being totally unwell and thinking I was gonna end up in a padded room somewhere, to be back training, losing weight…” he said. “I never thought I’d box again, I thought my boxing was totally finished.

“I’ve learned to maintain and manage the problems on a daily basis. I always say this: I don’t believe mental health [issues] ever go away fully. ‘You can check out any time you like, but you can never leave’ – ‘Hotel California’ by The Eagles.

“I think that’s the best saying ever for mental health. There’s always going to be a moment when you slip back into the darkness. But there’s a lot of help out there these days for people to not feel embarrassed and ashamed – there’s many other people rowing in the same boat, going in the same direct direction.

“But I can promise one thing, and here’s the good news: It will get better. Even if you’re in total darkness every day, the light is out there waiting for you. Rainbows and sunshine are around the corner, if only you just reach out and get help.

“Can I say anymore? I’m just speaking from the heart. There’s more to life than being the richest man in the graveyard.”