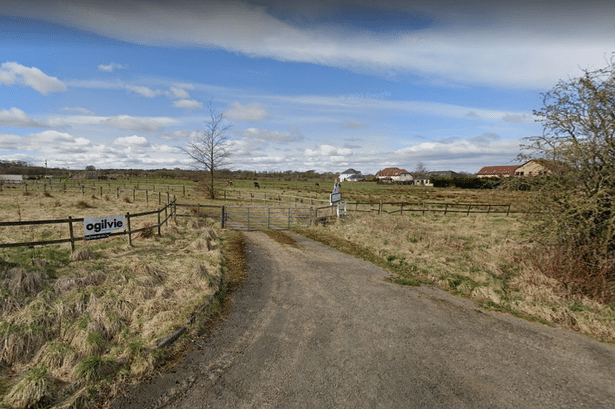 The ancient divide between East Whitburn and its larger neighbor Whitburn is set to disappear after the Scottish Government overturned local councillors’ rejection of building on what little open land remains between the two.

One local councilor claimed that the decision to allow 104 homes to be built at Hen’s Nest Road in the village, despite an earlier refusal by the council, is undermining local democracy.

Ogilvie Homes appealed to Holyrood’s Division of Planning and Environmental Appeals (DPEA), and one of their officials – known as a Reporter – backed their proposals to build on the farmland that separates the two communities.

Local councilor Kirsteen Sullivan said the decision to ignore local objections and work of the local planning officers had caused anger and bewilderment in the small community of East Whitburn.

Councillor Sullivan told the Local Democracy Reporting Service: “I was absolutely gobsmacked that the developer’s appeal was upheld by the Scottish Government Reporter, overturning the unanimous decision by West Lothian Council members to reject the planning application.

“This area is not earmarked for housing in the Local Development Plan (LDP) and there were major concerns around coalescence between the two distinct communities of Whitburn and East Whitburn.

“There are also fears that this will lead to increased car usage at a time where more active travel is being encouraged. Local residents have raised concerns directly with me regarding the impact on Hen’s Nest Road itself from construction traffic and the additional number of cars on the road once construction is complete.

See also  Aldi worker who was 'forced out of job' wins £26,000 payout for unfair dismissal

“There are worries about further pressure on local services such as primary care (GP services) and that there will be a negative impact on the natural environment, given this is an area rich with wildlife which is observed and enjoyed by residents on a daily basis. .”

Councillor Sullivan added: “Plans had been dismissed at appeal twice before on the basis that this is not a sustainable location and would result in coalescence, so it is highly frustrating that the most recent view from the reporter directly contradicts these two points, highlighting the inconsistencies in decision making by Reporters.”

The DPEA appoints a reporter to deal with each planning appeal lodged.

The reporter can determine the appeal by a review and assessment of all the information before him/her, plus a visit to the site or more information, an informal Hearing or a Public Inquiry can also be required.

Generally written submissions, or occasionally a hearing, are the usual means of determination. The reporter will issue the decision to all parties.

That decision is final, though it can be challenged for procedural points through the courts.

At Hen’s Nest Road the developer had argued that there was not enough land set aside for housing in the county as a whole, and in the Whitburn area. Whitburn already has one of the largest housing developments in the county – Heartlands – on its western fringe.

An agent for Ogilvie Homes had argued the Hen’s Nest Road homes were needed to meet “real world” demand.

Local planners argued that coalescence, a planning term meaning the blurring of traditional community boundaries, was an important reason to reject the Hen’s Nest Road proposal.

Prime among concerns from objectors was that the community would lose its village status and the development would merge it with Whitburn, and its rural setting would be destroyed.

Dismissing the arguments on land shortage, Councillor Sullivan said this week: “West Lothian has sufficient land supply identified for house building without encroaching on areas not identified within the LDP.

“This decision highlights how local democracy and decision-making is being undermined by the Scottish Government, with Local Development Plans in effect being ripped up.”