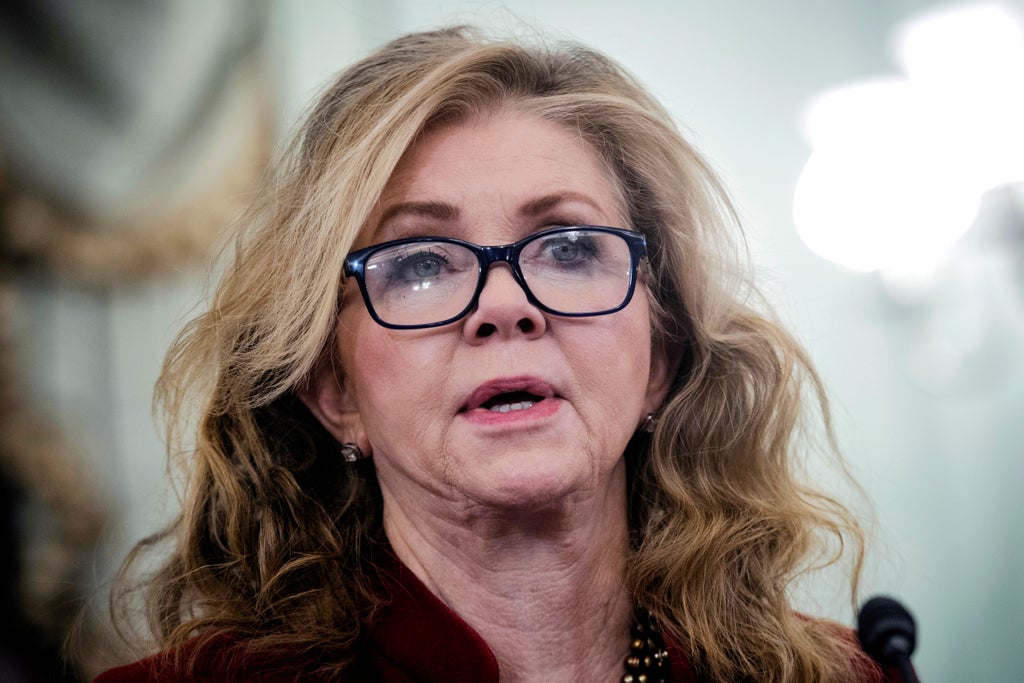 No, the word “Senate” is not Latin for “It’s never easy.” But sometimes it seems that way.

But each is encountering problems—for now, let’s call them speed bumps—that would slow passage in that chamber.

One measure would relieve much of the financially strapped Postal Service’s huge debt. T he other would avoid a government shutdown this weekend.

Sen. Marsha Blackburn, R-Tenn., has threatened to delay the measure preventing a shutdown amid an outcry by conservative lawmakers and media opposing a federal program they say would buy crack pipes for drug abusers.

That allegation is bogus, Democrats say. A Blackburn spokesman said Monday she would drop her objections from her if she received a promise in writing that taxpayers’ money would n’t be spent on the pipes.

There’s nothing new about bills slowing down in a chamber whose procedures are designed to facilitate exactly that. According to an apocryphal story on the Senate webpage, George Washington may have told Thomas Jefferson that the Founding Fathers designed the Senate to “cool” House bills, like saucers can be used to cool hot tea.

By rule, all 100 senators must all agree to let the chamber begin debating legislation and vote on it. That usually happens quickly and routinely for broadly supported bills.

See also  Mbappé reveals his two idols outside of football: "I admire those champions" | sports

Except when it doesn’t. That can occur when senators of either party want to use the resulting delay to focus attention on an issue, or on themselves.

The Postal Service bill already encountered an embarrassing hitch as it traveled the several hundred feet across the Capitol from the House to the Senate. House staff mistakenly sent an earlier version of the legislation that omitted a last-minute amendment.

Senate Majority Leader Chuck Schumer, DN.Y., last week unwittingly scheduled a Monday evening vote limiting the time for debating the incomplete postal bill. Scott was blocking the unanimous consent Schumer would need to change that to a vote on the full legislation, a Schumer spokesman said.

“The postal bill is the definition of legislation that should sail through Congress,” Schumer said Monday. He said Democrats simply wanted consent to fix the House’s “small clerical error,” like the House did unanimously last week when the mistake emerged.

Sen. Gary Peters, D-Mich., an author of the postal measure, said Monday he and others had reached out to Scott but hadn’t learned why he was threatening the holdup. A delay could mean the Senate won’t vote on the bill until after next week’s scheduled recess.

“I hope folks are not trying to hurt the Postal Service,” Peters told reporters.

Scott aides did not return requests Monday for comment.

The measure would end a requirement that the Postal Service finance retirees’ health benefits for 75 years in advance, which has driven it tens of billions of dollars into debt. It would also require it to continue deliveries six days weekly and issue data, by zip code, on how quickly mail is delivered.

The separate, short-term spending bill would keep government operating through March 11. It’s aimed at giving bargainers time to complete legislation financing agencies through the rest of the fiscal year, which ends Sept. 30.

Blackburn has been objecting to a $30 million federal program that issues grants to help drug addicts avoid further health risks. She said last week that the money should not be used to “fund vending machines for crack pipes.” Sens. Ted Cruz, R-Texas, and Tom Cotton, R-Ark., made similar complaints.

The government issued guidelines last week that said costs could be covered for equipment including “Safe smoking kits/supplies.” But the Biden administration said the program would not cover safe pipes for smoking crack or methamphetamine. Covered items include drugs to prevent overdoses and containers for disposing syringes.

White House press secretary Jen Psaki said last week that pipes “were never a part of the kit” and blamed the uproar on “inaccurate reporting.”

The latest short-term bill expires at midnight Friday. An election-year shutdown would serve neither party’s political interests, and an agreement to approve the measure is expected.