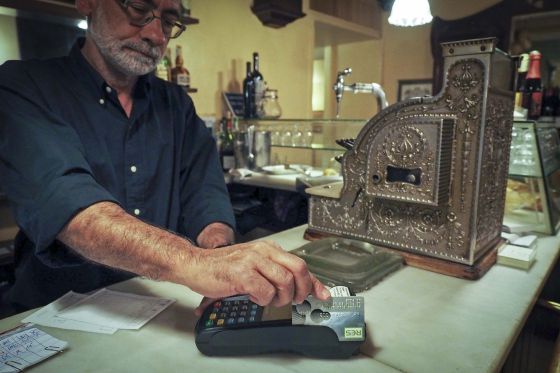 Last November, the 10th State Meeting of Social Currencies was held in Bilbao with the focus on analyzing the current situation. One of the voices that caught the attention of all the participants proposed separating the social currencies between two parallel currents, based on another text in Alterconsumismo, that is, between:

I would like to address this topic to suggest something important in the development of social currencies in 2022 and beyond.

First, there are social currencies that do not fit into this type of dualism. For example, Ekhilur in Euskadi would fit into Type A because it is backed by the euro, but its management is more similar to Type B. Likewise, there are time banks that have been implemented by city councils and / or other existing institutions that, Without losing the nature of Type B of being a mutual credit, it admits the intervention of experts, typical of Type A.

Second, I have to admit that there are two trends. Historically, except for the banks of the time in which different currents converge, Type B had more weight, especially between 2010 and 2015, when Spain was experiencing the first wave of social currencies, driven by the 15-M in 2011. The first type It arose after the 2015 elections when several city councils, as well as more academics, began to take more favorable positions.

Type A usually has the expertise of people who know the subject well in depth or who have professional skills (for example, being able to program software or being able to give their point of view on the legality of the practice of social currencies), which which leads to a somewhat hierarchical structure in which these experts enjoy their privileged position. In addition, the meetings organized by Type A tend to have many presentations, as if it were an intensive course in which the instructors teach their students.

Type B, on the other hand, inherits the 15-M assembly tradition in which no one is above the others, and the meetings carried out on this principle usually lack colloquia in which each participant dedicates himself to debating the problems that faces in his day to day horizontally.

My suggestion is to acknowledge all experiences like a continuum of different initiatives because, although there is a lot of difference between one extreme (pure Type A) and the other (pure Type B), there are as many initiatives in between that can benefit from the experiences of both types.

It is true that these two categories have their different culture and idiosyncrasies and the predominance of one culture can frustrate people accustomed to the other way of organization, but it seems to me that both are necessary elements for a healthy evolution of the whole movement. From time to time, it is necessary for Type B people to pay attention to new findings made by Type A people who, in turn, must be humble to understand the voices that arise from practitioners and respond to their needs.

It would be more comfortable for people of each type to organize a movement only made up of related experiences, but I am afraid that this “tempting” proposal will end up preventing mutual learning between different categories of currencies. I hope that this schism can be avoided, leading to strength in the union.