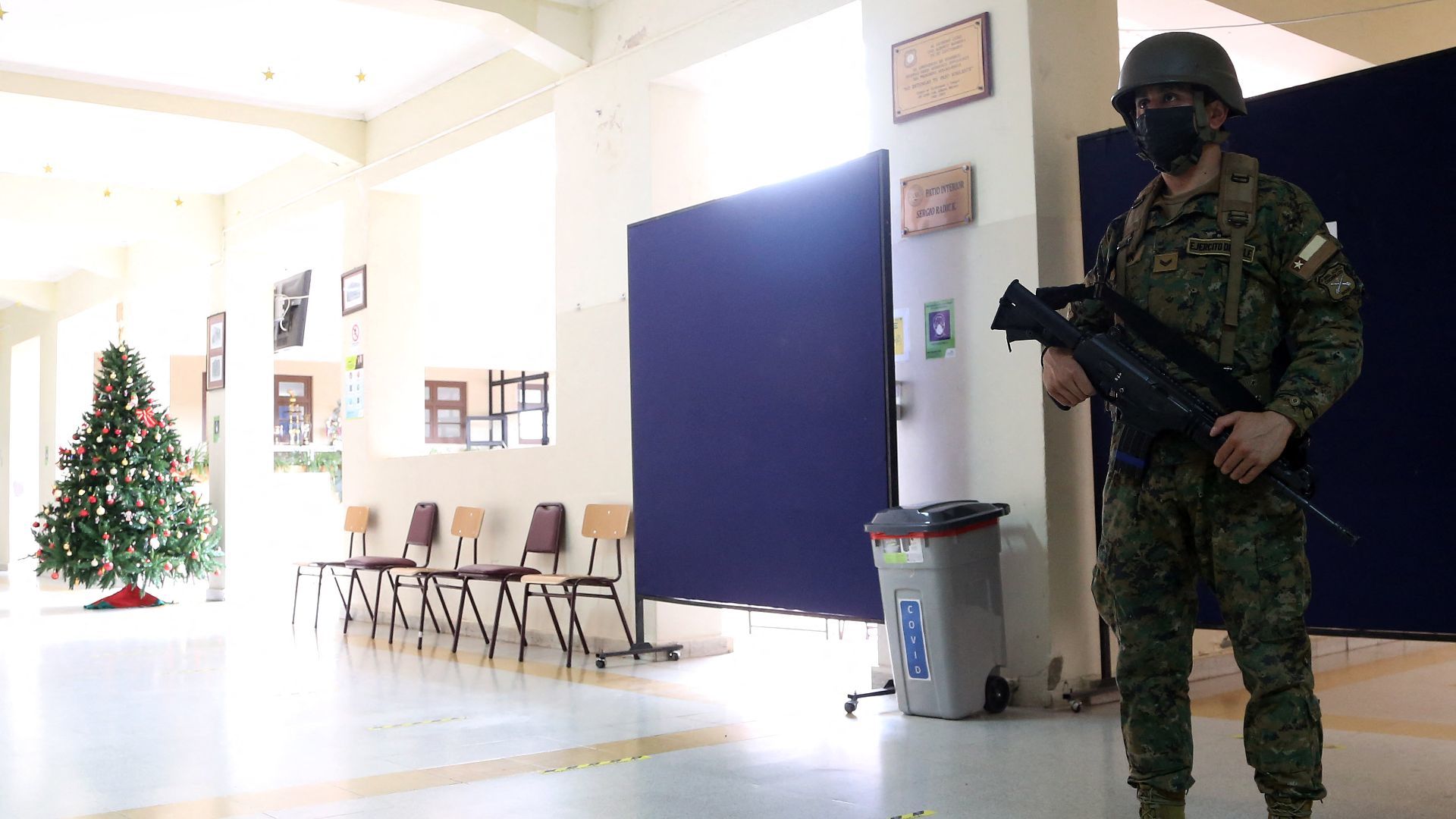 Things were not going badly for Sonia until she retired. For decades, she was a teacher in the city of Antofagasta and in just one month she went from earning a million pesos (around 1,000 euros) to 200,000. Her husband also stopped receiving his salary and her son had to leave the University to contribute to the family finances. “We had a very difficult few years paying for the most basic things”, he tells us from his home. So once he had passed a mandatory grace period, he decided to go back to classes. “I’m 72 years old and I’m still working. Things are going a little better and luckily I feel good and energetic. I will continue until I do not have them but I know that many companions cannot and are forced to work to be able to live, “he assures.

The reality of the retirement of state teachers it is more than extended by Chile. Bery had to make up for 21% of what she earned as a worker. “I could not even pay the expenses of my house in Santiago that fortunately I had already paid. Thanks to the fact that I can rent that apartment I live relatively quietly, but I had to move to a plot in the country. It was a forced life change”, it states.

Pensions one third below the minimum wage

Just a couple of days in the capital show that many people over 70 still work. Because in Chile pensions are low. “70% of the workers receive a pension one third below the minimum wage in the country. It’s a pittance and forces you to work forever if you want to have the most basic“, Luis Messina tells us.

The NO + AFP coordinator has been denouncing for years the country’s pension system based on individual savings and managed by the Pension Fund Administrators (AFP) that began to function during the dictatorship. That is to say, the pension of each comes out of what they have contributed during their life. The law establishes that all workers allocate 10% of their salary to the fund managed by seven companies. In other words, in Chile retirement depends exclusively on a fund that offers the possibility of investing with up to five degrees of risk.

When the time comes, the insurer makes a calculation between the amount saved and life expectancy and assigns a monthly payment. If they calculate many years of life, the pension is reduced. And if you survive the estimate, you may run out of funds. The defenders of this system assure that the key is in the increase of the informality of the employment and the low contributions, but its detractors believe that it is not fair a company has the money of the pensions to feed a business in which sometimes it is earned but it is also lost.

To alleviate this situation, in recent years initiatives have been launched to grant a minimum pension to the most vulnerable and a few days ago the president, Sebastián Piñera, proposed to establish a basic pension of 200,000 pesos with public funds. A path that serves as an emergency solution but that is destined to offer a minimum to avoid falling into levels of poverty and that today has the support of practically all political forces.

Where there are discrepancies is in how the system should be. The Conservatives propose to reform it by increasing prices and allowing the entry of more companies to increase competition. Kast’s program advisor, Patricio Rojas, pointed out to RNE that the pension system should be the main priority of the new government “because it is a demand from society” and even opens the door to impose a 4% contribution to companies and allocate part of what is collected with VAT. “We would add about six points a month to the individual fund but this would serve for the pensions of the future, not the current ones,” he acknowledges.

From the left led by Gabriel Boric, the program promised to end the AFPs and create a public system. However, in the last televised debate he was willing to talk about everything in a program twist. “It was very disappointing to see how someone who has been on the streets with us calling for the end of the AFPs has moderated so quickly. We hope that he complies if he wins the Presidency“, says Luis Mesina. He points out that the current system that makes pensions” the largest private business in Chile “increases inequality and puts people in misery. If you combine it with the state of other public services such as Health you realize that it’s a shit system. Y that’s why Chile exploded“.

With pensions always in the eye of the hurricane, Congress has approved in recent months the voluntary withdrawal of up to 30% of funds to allow families to fight against the effects of the pandemic, but many economists have warned that although it is an oxygen balloon, is helping to increase prices with a year-on-year inflation of around 6%.

More than two years ago, thousands of Chileans took to the streets to demand improvements in their quality of life and that ‘social outbreak’ still marks the day-to-day agenda in the country. Specially in Santiago, where citizens have become accustomed to seeing graffiti and shops surrounded by protective fences.

Social groups said they did not understand why the Chilean miracle was being talked about, with growth figures sustained for years but where each day it cost more to reach the end of the month and where, for example, the price of housing has skyrocketed. “It is true that the macroeconomic data made us believe that the country was working but then you approached the neighborhoods and noticed that something was not going well,” acknowledges the conservative deputy Jorge Alessandri, today Kast’s supporter. Many of these people are still waiting for changes and waiting for the new Constitution to provide solutions.

The left led by a former student activist like Boric always points out that that moment was the day that “Chile woke up” but for José Antono Kast it was the beginning of “a nightmare.”

In the closing ceremony of the campaign of Boric, his followers hoped that he would build a fairer country and more worthy for everything and in Kast’s, he pointed out that it is time for economic activity to be strengthened. Some believe that the solution is a European welfare state and more presence of the State and others that it is the private sector that must energize the rest. Both are committed to growth and an increase in social spending, but it is not at all clear what the tools will be to achieve this.