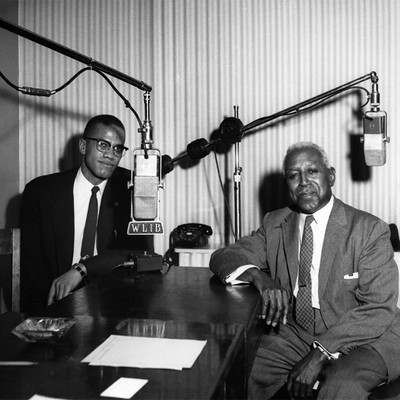 The story of one of the most momentous crimes of the American 20th century, the assassination of African-American leader Malcolm X in 1965, has just taken a 180-degree turn. Two of the three men convicted in the case, who spent decades in prison, will be exonerated Thursday after a nearly two-year investigation triggered by a Netflix documentary series that addressed loopholes in the verdict. Historians and academics always warned of the mistake that justice had made. Cyrus R. Vance, the District Attorney for the Manhattan District, commissioned the review in 2020 after details of the alibis of the soon-to-be exonements became known.

They are Muhammad Abdul Aziz and Khalil Islam, whose names were Norman 3X Butler at the time, and Thomas 15 Johnson. Aziz, now 83, was released in 1985, while Islam was released in 1987 and passed away in 2009. Both always defended their innocence. The third convict, Mujahid Abdul Halim (who was then known as Talmadge Hayer or Thomas Hagan), had admitted his guilt in the death, but had declared that the other two were not part of the plot. On February 21, 1965, as Malcolm X was about to give a speech at the Auduborn Ballroom in New York, three men shot and killed him in front of his wife and daughters.

The doubts that the investigation generated from the beginning gave rise to all sorts of alternative theories to crime, whether it was all part of a government conspiracy, in full swing of the fight for civil rights in the United States, or of devotees of the Nation of Islam , of which X had separated a year before, while the innocents paid for it. In an interview with The New York Times, which advanced the news, Vance apologized on behalf of the security forces. “What we can do is recognize the error, the severity of the error,” he said. “This points to the truth that law enforcement has often failed in its responsibilities,” he added.

One set of FBI documents contained items implicating other suspects in the crime, according to the Times. Some notes from prosecutors show that they did not report the presence of undercover agents present in the entertainment hall at the time of the crime. In addition, other files from the Police Department show that a journalist from The New York Daily News he had received a call that morning warning that Malcolm X was going to be assassinated. Data from a witness also emerged that corroborated Aziz’s alibi, according to which he was at home with an injured leg when the shooting took place. If these data had been presented to the jury, as the investigation has concluded, the defendants could have been acquitted.

Cyrus R. Vance pointed out this Wednesday, on his Twitter account, that his office, together with the organization The Innocence Project, which is dedicated to fighting for the defense of convicts who believe innocent; and civil rights lawyer David Shanies will ask the judge this Thursday to overturn the convictions, imposed in 1965. Hagan, the only convicted person who admitted his guilt, was paroled in 2010. The radical struggle of Malcolm X, agitator of separatism from blacks and fierce speech against the oppression of white, places him in a type of struggle antagonistic to that of Martin Luther King, which did not prevent him from being assassinated, just three years later, in Memphis.