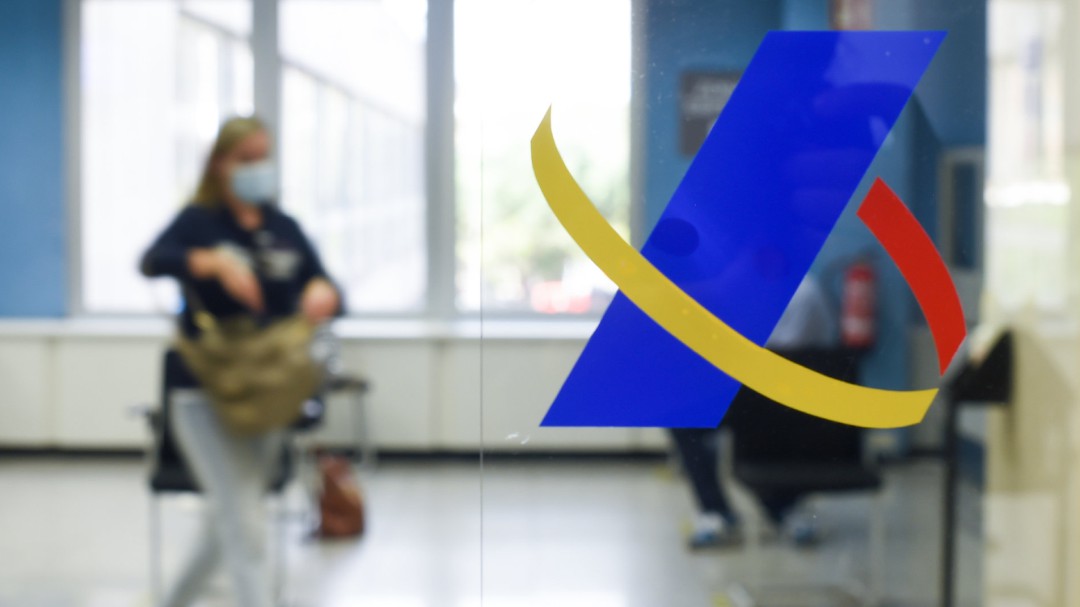 The chef Sergi Arola, the former soccer player Samuel Eto’o, the television personality Kiko Matamoros and Twitter have entered the list of defaulters published this Monday by the Tax Agency, which now has stricter criteria.

The list – which includes those who owe more than 600,000 euros to the Treasury as of August 31 and their jointly responsible – also includes the former partner of Iñaki Urdangarín Diego Torres or the businessman Bartolomé Cursach.

The list published this Monday, the second of this year, is longer than that of June, since it lowers the threshold to appear in it from a debt of 1 million euros to 600,000 euros and also includes those responsible for solidarity.

The number of large defaulters with the Treasury stood at 7,277 at the end of August, 88% more than in the previous list, after the criteria have been tightened, since now those who owe more than 600,000 euros (in place of a million) and also those responsible for solidarity.

According to the data provided this Monday by the Tax Agency, the amount owed as it appears in the list amounts to 18,232 million euros, 29.4% more, although it must be taken into account that about 3,000 million appear duplicates , since they compute both in the main debtor and in the joint and several debtor.

The list of large debtors that the Tax Agency will publish this Monday is the second this year and the first to incorporate the new features introduced by the anti-fraud law.

That law lowered the threshold to appear on the list from one million euros to 600,000 euros and ordered that jointly and severally liable parties also appear, which triggers the number of debtors and doubles the amounts, although it allows leaving the list if all the amounts are paid. debts within the allegations period.

Thus, although the number of debtors in this list almost doubles that of June (which computed debts at the end of 2020), in homogeneous terms -that is, without taking into account the lowering of the threshold or the jointly responsible parties- it would be 3,439 , 11% less.

In gross terms, the natural person debtors are 1,367 (which multiplies the data of the previous list by four) and they owe 2,081 million (triple).

Regarding the amounts owed, the total amounts to 18,232 million euros: 9,031 million main debtors, 1,336 million liable debtors and 7,865 million taxpayers who have both main and derivative debts.

However, it must be taken into account that some debts appear duplicated – in the main debtor and in the person responsible – so that the figure once these duplications have been eliminated would be around 15,200 million.

The Tax Agency also provides debt data comparable to the June list -that is, without taking into account the changes introduced by the anti-fraud law-, which would stand at 12,800 million, 9% less.

See also  Sasa Ozmo, the journalist who knows Djokovic best: "His career is in danger if he does not get vaccinated" | The spar

The defaulting list for December incorporates 3,993 new debtors, with a total debt of 5,737 million, while 585 defaulters that appeared in the June list, with a debt of 1,901 million, after having paid it in full or in part, or having obtained a postponement or suspension.

In fact, 1,274 of the defaulters that appeared on the June list – due to having a debt of more than one million euros at the end of 2020 – have paid 268 million euros throughout this year.

In addition, some debtors have avoided appearing on the list either by paying sufficient amounts to lower the threshold in the weeks prior to August 31, when the data was collected, or by taking advantage of the legal change that allows leaving the list if all is paid. the debt within the period of allegations. 101 million euros have been received through these channels.

The Tax Agency details that, of the total debt that appears in this list, 40% -7,200 million-, corresponds to debt in bankruptcy process with limited possibilities of effective collection.

In addition, 3,587 main debtors have made liability derivations for more than 6,440 million euros.

The Tax Agency will publish this Monday the list with the names of the debtors at 1:00 p.m., although this information will not distinguish main debtors from joint and several liable parties or, where appropriate, the part of the debt that corresponds to each case.