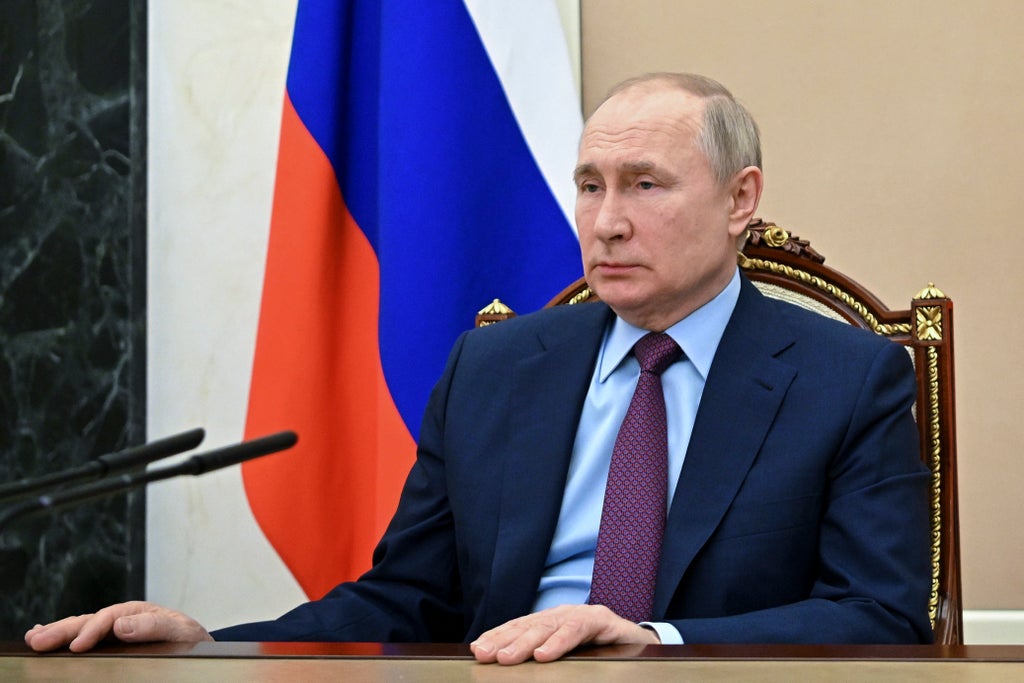 As president or prime minister, Vladimir Putin has been at the helm of Russia for more than 20 years. Yet much of the western world seems to find him as hard to read now as they did when, as a relative unknown, he was named prime minister – and president-to-be – by an infirm Boris Yeltsin in 1999.

Time and again the west has been surprised, wrong-footed or just generally appalled by something that Putin has supposedly said or done. What is now known as the Ukraine crisis, which began before Christmas and may have weeks still to run, is just the latest, if perhaps the most serious, for example. And for all the alarms sounded by Washington and London about an “imminent” Russian invasion of Ukraine, officials in both capitals admit that they really don’t know. Even as they judge it “highly likely” that an invasion will start this week, they say that they do not know whether Putin has made a decision, and – if he has – what it is. Only he, some say darkly, knows that.

Now, it should be obvious that this is a profoundly unsatisfactory, and potentially dangerous, situation. Russia is a big, nuclear-armed country, albeit smaller and less powerful in some respects than the Soviet Union was in its day. The west, with all its state-of-the-art surveillance capacity and teams of highly trained Russia specialists, should not be flailing around, trumpeting the likelihood of a third world war in what looks, at best, like a desperate attempt at deterrence .

All the war talk also risks unintended consequences. Not only could it be making Russia more jittery than it already was, but the measures the US and many western countries are taking could ruin Ukraine – the very country they say they are trying to protect. In withdrawing their diplomats and ceasefire monitors, ordering their nationals to leave, halting commercial flights, rendering insurance invalid and the rest, they are undermining confidence in Ukraine’s economy and threatening Kiev’s political stability. Whether these moves are being taken as a real precaution or merely to back up their rhetorical warnings, the effect could be dire.

So why has the west found it so difficult to deal with Vladimir Putin – and what, if anything, can be done about it?

Over the years, but especially now, there has been an almost perverse reluctance on the part of many in the west – whether governments or specialists – to actually listen to what Putin and his officials have to say. How many reports have you heard recently about Russia’s recent troop deployments near to Ukraine’s border? And how many of those also mentioned Putin’s consistent denials that an invasion was planned? Now, of course, it is wise to prepare for the worst, while hoping for the best, but not to heed or even mention these quite definite denials paints Putin as an out-and-out warmonger, whose statements are not worth the time of day.

When the UK foreign secretary, Liz Truss, went to Moscow last week, her opposite number, Sergei Lavrov, complained about their meeting having been a dialogue of the deaf, and, however expressed, this is a long-standing and often justified complaint on the part of Russian officials after meeting western officials, particularly British ones. And it is related to another equally long-standing and consistent problem: a failure even to try to see the situation from a Russian perspective.

Western officials can insist as loudly as they like that Nato is a purely defensive alliance and wishes no one, including Russia, any harm. But this is not what Russia sees. Russia sees a powerful and well-equipped military alliance that has advanced over 20 years to within striking distance of Russia’s western borders – borders, remember, that have proved vulnerable in the past.

You can argue, whether there was or was not an undertaking from one or more US officials, that there would be no expansion of Nato after the end of the Cold War – although recently opened US archives suggest that there was. But the point is that Russia believes there was, and feels far less secure as a result of what it sees as a hostile alliance camping on its doorstep.

Perhaps some of what Russia’s deployments close to Ukraine are about is trying to convince the west to feel something of what Russia feels, in the hope of making a stronger case for some formal agreement on non-aggression, or at least disengagement. That was the burden of documents that Russia presented to the US and Nato in December, in the hope of starting talks on European security.

This sense is not unique to Putin – though he may have been the most outspoken in articulating it, at the Munich Security Conference 15 years ago. It will long outlive his presidency, and recognizing this has to be a start. Yet much of the west simply rejects the argument about Russia’s insecurity out of hand, finding it incomprehensible that a country so big and ostensibly powerful would feel endangered.

A third element in the failure to comprehend Putin – and Russia – is the way Russia’s supposed failings are personalized as unique to Putin, whereas they are widely shared across Russia. This is particularly relevant for the current crisis as a myth exists about a “pattern” of aggressive behaviour. Thus Russia is blamed for an invasion which supposedly started the 2008 Georgia war, which an EU report found was actually started by Georgia. Russia’s annexation of Crimea in 2014 is then seen through that prism as another aggressive land grab, rather than a defensive response to Russian fears that it could lose its warm-water naval base at Sevastopol. Now, that same spurious “pattern” is being projected onto Russia’s intentions towards Ukraine.

Each of these instances of Russian military action are different, and have different explanations. The same can, and probably should, be said of the killings and attempted killings of Russians abroad, with the death of Alexander Litvinenko and the attempted poisoning of the Skripals having particular resonance in the UK. Like the apparent poison attack on Navalny in Russia, these feed into the same narrative of Russian aggression – even though the origins of each incident are distinctly murky, including whether they are really to be laid at the Kremlin’s door.

If there is any “pattern of behaviour”, it is the west’s automatic resort to blaming the Kremlin for everything that happens inside and outside Russia, its cartoonish image of Putin as an unreconstructed KGB man, rather than an experienced national leader, and its faulty assumptions (based on stereotypes reinforced by poor translation) about Putin’s supposed desire to restore the Soviet Union and refusal to accept Ukraine as an independent state. Neither is true.

It should perhaps be clarified that the abysmal failure to read Putin and, through Putin, Russia, is most glaringly an Anglo-Saxon problem. France and Germany have done a much better job of both reading and responding to Putin (which may be why they have not joined the US and the UK in their urgent chorus of foreboding about Russia invading Ukraine). They have also by and large eschewed what I see as the fourth feature of western-Russia misunderstanding: the arrogant tone so often taken by US and UK officials. This has long been so, but it has been especially true of their statements in recent weeks.

Time and again, they have warned Russia about the risks to its own interests from invading Ukraine. Excuse me, but if anyone appreciates those risks, it is Putin and his fellow Russians. From the siege of Leningrad through the battle of Stalingrad, to the winter war in Finland and the failed intervention in Afghanistan, Russians well know the risks of war, not least winter wars. There is no appetite in Russia for war in general, and least of all against Ukraine. Why do western leaders, including Boris Johnson (but not Olaf Scholz or Emmanuel Macron), talk down to Putin in this way?

If we made a greater effort to understand where Putin was coming from – that is, from Russia, with all the specifics that proceed from its history and geography – we might at least be able to start a normal conversation. As it is, the UK in particular appears still in thrall to Churchill’s famous dictum about Russia as a “riddle, wrapped in a mystery, inside an enigma” and does not even try to understand. Nor do many continue to the end of that quotation, where Churchill says there may be a key, and “that key is Russian national interest”.

For “national interest”, I would substitute “national security”. For if Russia does invade Ukraine, it will not be a vanity project dreamt up by Putin to restore the USSR, nor will it be an operation undertaken in a fit of pique to teach Ukraine a lesson. Putin is neither – despite many preconceptions to the contrary – an imperial nostalgic nor a gambler. It will be because Putin, as Russia’s president, believes that his country’s security is threatened – and threatened, let there be no doubt about it, by us.