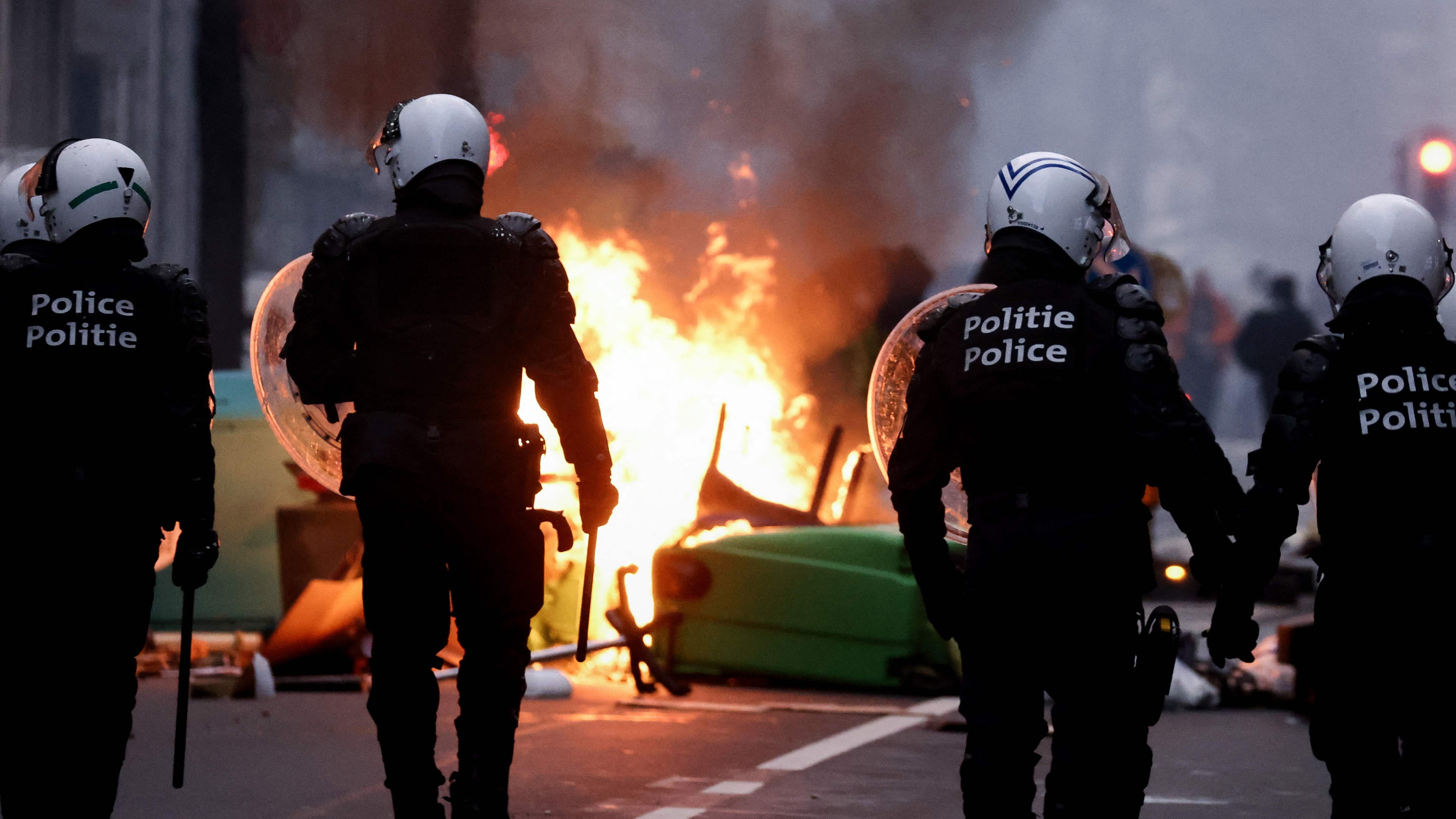 Twenty people have been arrested this Sunday and six were injured during the incidents in the final moments of a demonstration in Brussels that brought together 8,000 people against sanitary measures to contain the coronavirus and the possible obligatory nature of the vaccine.

The demonstration unfolded peacefully until its final moments, when in one of the streets near the headquarters of the European institutions they registered projectile launches and fireworks by a group of protesters towards the police present in the area, where several streets had been blocked.

The security forces responded with the activation of cyears of water and the use of tear gas, and subsequently reported twenty administrative arrests in the context of the final disturbances, in addition to various material destruction in the area. What’s more, four protesters and two police officers were injured and they were taken to the hospital.

Similar protests have been repeated throughout the weekend in other countries like Germany, Austria and Holland where thousands of people marched through the streets in the middle of the sixth wave. Austria will make the mandatory vaccine effective next year and other countries are studying the measure. In Berlin, five photojournalists and reporters suffered minor injuries when attacked by protesters against the German government’s anticovid measures in an unauthorized demonstration.

Protests in Europe against restrictions and compulsory vaccination

Against the obligatory nature of the vaccine

The demonstration in the Belgian capital had started around one in the afternoon near the North Station of the Belgian capital and advanced to the European quarter, where some 8,000 people, according to police figures, were concentrated around three o’clock mid afternoon with posters in defense of “freedoms” and against the “dictatorship of stigmatization” of the unvaccinated.

See also  An American Lesson on the Paradox of Ability

This fall, the country faces record accumulated incidence rates since the beginning of the pandemic, with 2,127 cases per 100,000 inhabitants in fourteen days.

This Sunday’s demonstration was surrounded by high precautions and vigilance after two weeks ago a similar but larger protest, with 35,000 people, left more than 40 detainees, three injured and numerous material damages.

Participants in the march consider the COVID digital certificate, necessary in Belgium to access bars, restaurants and some leisure events, “contrary to fundamental rights and discriminatory” and affirm that “the virus is not under control, but the population is,” in statements collected by the Belgian newspaper The evening.

Some point out that they are not against vaccines as such, but against the possible obligation to receive them, a debate on which no decision has yet been taken in Belgium beyond for healthcare personnel as of January 2022.

It will also be mandatory for workers such as firefighters, who denounce that a fifth of their Brussels fleet (about 200 people) could not work if they are required to present this certificate and joined the protests this Sunday.