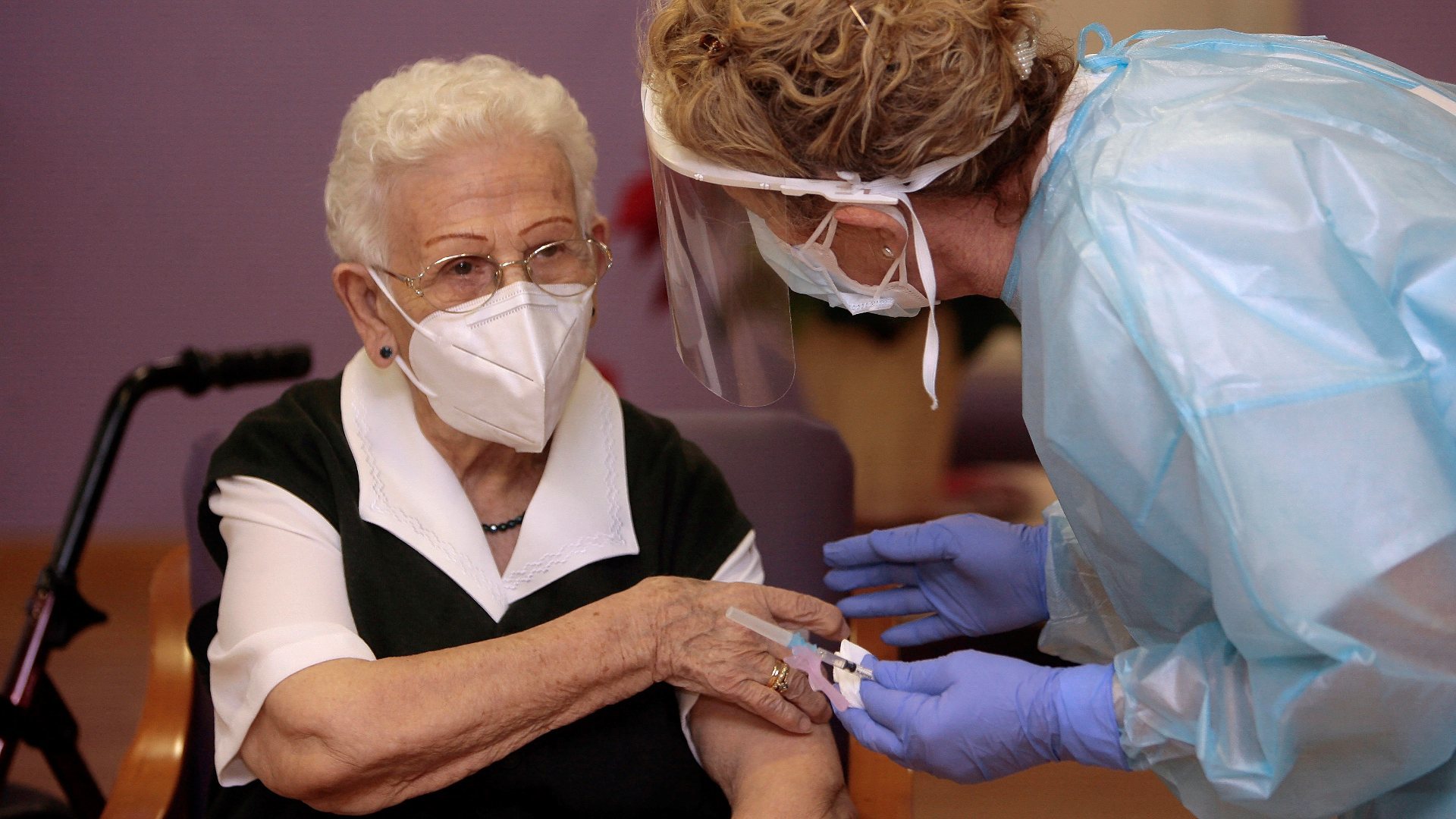 On December 27, 2020, Araceli Hidalgo became the first person to receive the coronavirus vaccine in Spain, thus initiating a campaign that marks one year this Monday. and that can only be considered as an unprecedented success, with nearly 40 million citizens immunized, 85 million doses administered, and thousands of deaths averted. In just twelve months, the country has become one of the main references in the world when it comes to large-scale vaccination. More than 83% of the Spanish population has received at least one dose of the vaccine, almost 80% have the complete schedule and more than 25% already have the reinforcement injection.

This achievement can be explained by different reasons. To begin with, Spain has benefited from the joint purchase of vaccines by the European Union, which has allowed it to have more than enough doses for its entire population at this time. What’s more, the Spanish campaign has relied on an experienced healthcare system which, despite the pandemic exhaustion, has returned to the level and has made it possible to maintain a very high rate of punctures. Finally, as expected, the Spanish population has shown a great predisposition to be vaccinated, and rejection has been practically residual.

One year after the arrival of COVID-19 vaccines

Of the four vaccines approved so far by the European Medicines Agency (EMA), they have finally been those based on messenger RNA -Pfizer and Moderna- those that have fulfilled the expectations the most, and after a year are the only ones that are used, also to reinforce the immunity of those who received either of the other two at first –AstraZeneca and Janssen-. For children between the ages of 5 and 11, whose vaccination began in mid-December, only Pfizer is being used.

With the most important objectives of the vaccination campaign fulfilled, the President of the Government, Pedro Sanchez, has raised its acceleration to face the sixth wave, with a series of new goals. The first of these is that at least 80% of the population between 60 and 69 years old is vaccinated with the third dose before the end of the year. In addition, it has proposed that at least 80% of those between 50 and 59 years old are in the week of January 24 and that 80% of between 40 and 49 years have the booster dose in the first week of March. At the same time, it has proposed that 70% of children between 5 and 11 years old have the first pediatric dose in the week of February 7 and that 70% have the second pediatric dose in the week of April 19.

But the vaccination campaign in Spain, and by extension in the world, is a story of incomplete success, as the irruption of the omicron variant has shown, which is still a consequence of inequality in access to vaccines . Around the planet, approximately 4.5 billion people have received at least one dose, although while rich countries have very high coverage, or are discarding vials because part of their population refuses to be immunized, the poorest hardly have this resource. . The most glaring example, once again, is Africa, whose global vaccination rates barely exceed 7%.

This potential danger is something that epidemiologists and virologists have warned of countless times in recent months. When talking about viruses, the risk of one person is always the risk of all, so global immunization becomes a mandatory target. As much as the population of the richest countries is vaccinated, if the transmission of the virus continues unchecked in the poor, the probability of mutations that can jeopardize the protection achieved considerably increases.

In the absence of knowing the true scope of omicron (although the first clinical data moderately invite optimism) reinfections and infections among vaccinated have skyrocketed, once again straining health systems and moving away the threshold of herd immunity that was estimated at a first moment.

The most important tool

The current vaccines against COVID-19 are not perfect, but they are still the most important tool to fight the pandemic, although not the only one. One of their main shortcomings is that they do not prevent the contagion and transmission of the virus, although they reduce them very significantly. The vaccinated continue to infect, but they do so much less than the unvaccinated, and the clinical manifestation of the disease is milder in them. According to several studies, the virus disappears earlier from your body and the viral load decreases faster.

In this regard, current coronavirus vaccines are not unique. Others widely implanted and used throughout the world are very useful for public health, despite the fact that they do not prevent people from becoming infected and can in turn infect others. This is the case with vaccines against seasonal flu, polio, or whooping cough. Nor is this need for reinforcement exclusive. Many other vaccines require at least three doses to offer better protection, such as those for pertussis, tetanus, diphtheria, polio, pneumococcal disease, hepatitis …

The main objective of current vaccines against COVID-19 is not to prevent contagion, but to reduce the probability of becoming seriously ill and dying. But its effectiveness can never be 100%, since there will be vaccinated people who remain unprotected. Many people, such as certain elderly, immunosuppressed or cancer patients fail to develop a robust immune response despite having all the vaccine doses. Therefore, the best way to ensure your protection is to reduce the transmission of the virus as much as possible.

At a time when the omicron variant has burst into force and has triggered infections to hitherto unknown levels, many people might wonder how it is possible that this situation has been reached with such a high percentage of the vaccinated population. However, specialists recall that perhaps the most appropriate question is not that, but the following should be questioned: What situation would we be in right now if there were no vaccines?.