Skip to content
Home News Turkey: Erdogan tries to mediate in the Ukraine conflict taking advantage of his good relationship with Zelensky and Putin | International 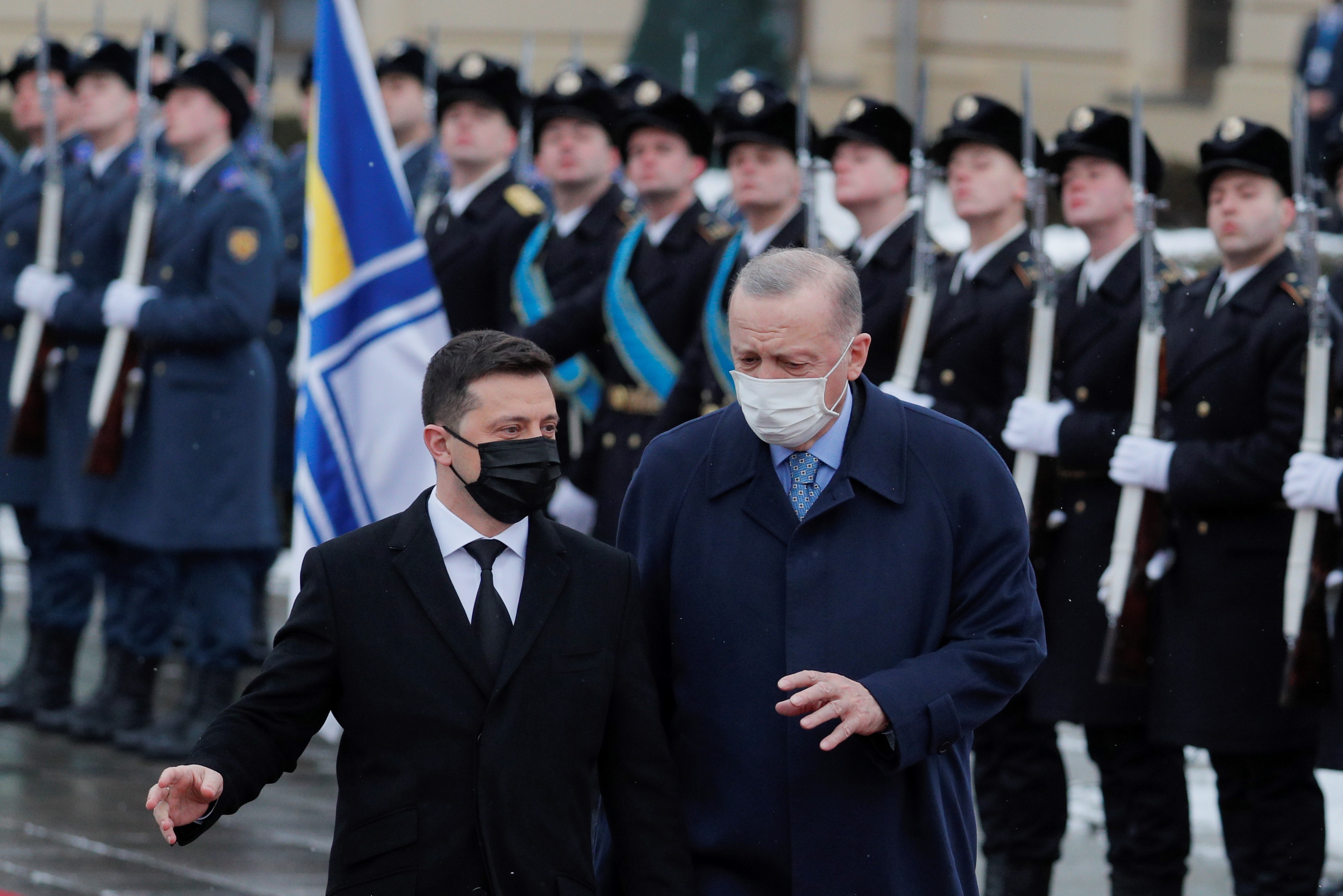 Turkish President Recep Tayyip Erdogan traveled to Kiev on Thursday to meet with his Ukrainian counterpart, Volodymyr Zelensky. The Turkish president’s goal is to use his good relations with both the Ukrainian and Russian leaders, Vladimir Putin, to try to mediate the tension between the two countries, which has put Europe and NATO on alert.

“We are acting to lower tensions instead of adding fuel to the fire of military escalation,” Erdogan said at a no-questions-asked news conference alongside Zelensky. The Turkish president reiterated his offer to hold “bilateral talks” between the governments of Russia and Ukraine in Turkey, something he also proposed to Moscow, although the Kremlin made it a condition that representatives of pro-Russian separatists also be invited. Ukrainian Defense Minister Oleksii Reznikov expressed his country’s support for the Russian-Ukrainian talks, held so far in Minsk (Belarus), to be moved to Istanbul.

Ties with the Tatar community

“We are prepared to do everything in our power for peace,” Zelensky said, while thanking Erdogan for defending Ukraine. Turkey has repeatedly underlined its support for “the integrity and sovereignty” of the entire Ukrainian territory, “including Crimea”, occupied by Russia in 2014 and which was historically home to a relevant Tatar community with close cultural, linguistic and political ties with Turkey.

In recent years, Turkey has strengthened its ties with Ukraine in all areas. This Thursday, Erdogan and Zelensky signed 12 bilateral agreements, including a free trade agreement that aims to increase trade to 10,000 million dollars (about 8,740 million euros), a third more than today. In addition to trade, infrastructure construction and tourism, both countries have forged an important alliance in the military field. Ankara has sold armed drones to Kiev, which the Ukrainian army has already used against pro-Russian rebels in the east of the country, and Turkey’s main drone producer, Baykar, now uses Ukrainian engines for its drones. This cooperation has reached a strategic level with the signing of agreements for the transfer of technology. Ukraine has also handed over to Turkey several individuals persecuted by the Ankara government without following a legal process.

This sale of drones has upset Moscow, but Turkey continues to maintain good relations with the Kremlin, mainly because its two leaders have become accustomed to a transactional relationship in which both can reach agreements face to face knowing that they will be carried out. , since no body of their respective administrations will put obstacles to its compliance. Thus, Russia and Turkey have agreed ceasefires in various conflicts such as Libya, Syria or Nagorno-Karabakh, where they support opposing sides. In addition, the Turkish government has acquired a Russian S-400 missile defense battery and has expressed interest in buying a second, despite the fact that this has led it to clash with the United States and other allies. In fact, Erdogan’s attempts to mediate between Russia and Ukraine are seen as a strategy by Turkey to show its strategic importance to the rest of the NATO partners, of which it has been a member since 1952.

However, it remains to be seen what influence Erdogan can have with Putin, at a time when the Russian leader is seeking a direct agreement with Washington and given that Turkey’s dependence on Russia is much greater than the other way around. It is from the energy point of view —in January, Russia was the main origin of Turkish imports, especially due to gas—, tourism —19% of foreigners who visited Turkey in 2021 were Russians, and 8% Ukrainians — and security: if the Syrian regime does not advance on the last rebel stronghold of Idlib, which would cause a wave of millions of refugees to neighboring Turkey, it is because it does not have the approval of Moscow. As if it were a message, on Thursday morning, Russian planes bombed areas in the south of Idlib province.

Erdogan announced last week that Putin has accepted the invitation to go to Turkey to discuss, among other issues, the tension with Ukraine. This Thursday, Erdogan reiterated that Putin’s visit will take place in the coming weeks, after the Russian president’s trip to the opening of the Winter Olympics in Beijing. The Kremlin spokesman acknowledged that there has been talk of the possibility of the trip to Turkey taking place at the end of February, but he clarified that no date has yet been finalized.