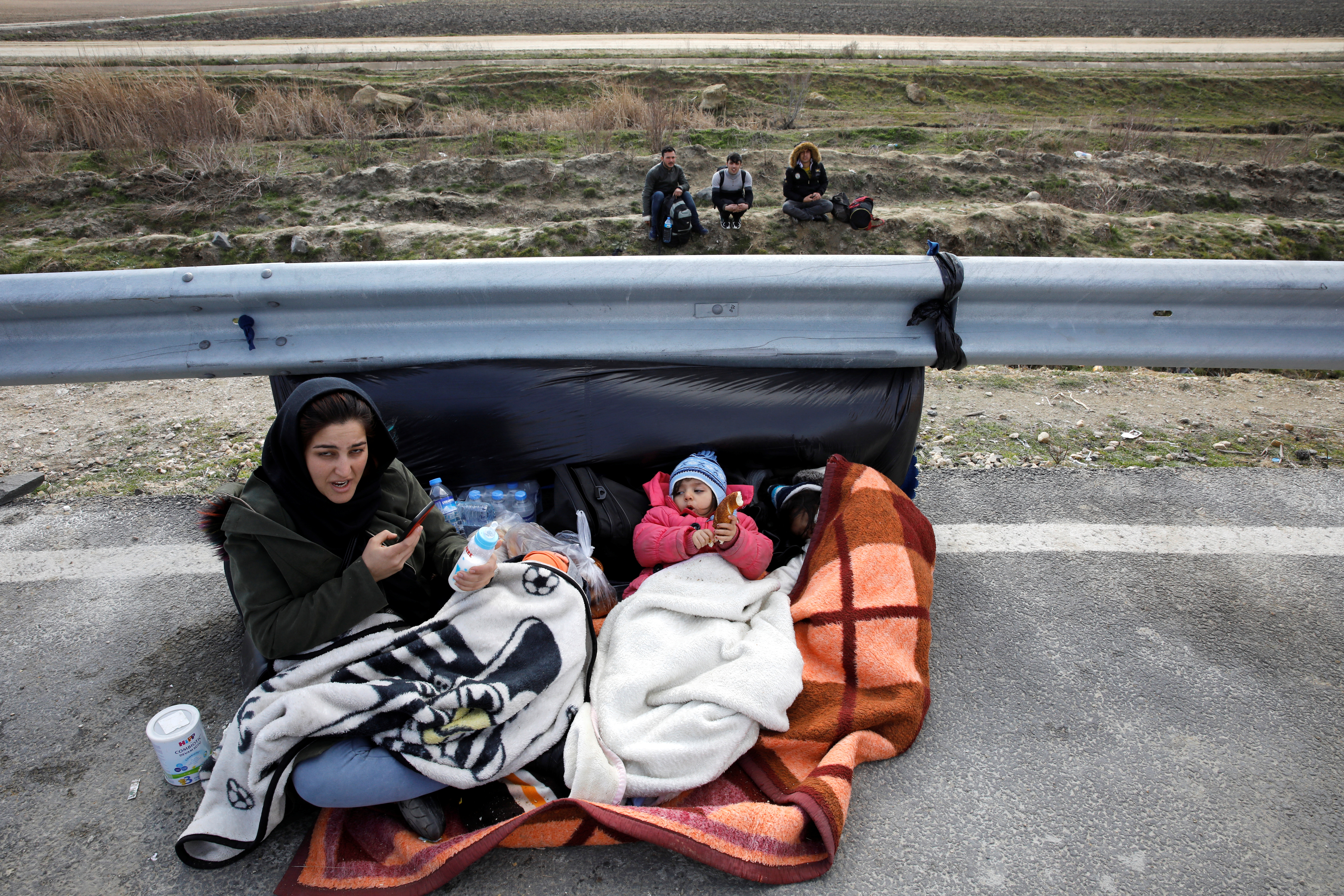 The images show the bodies of 12 migrants, dressed in scant clothing, lying on the edge of a dirt road, in the middle of the field. They have died frozen by the cold, after they were returned to Turkey by the Greek authorities, as reported on Wednesday by the Turkish Minister of the Interior, Süleyman Soylu, on his Twitter account. “Twelve of the 22 migrants pushed back by Greek border units, stripped of their clothes and shoes, have frozen to death. The EU is hopelessly weak and devoid of human feelings. The Greek border units are thugs against the victims”, has charged the head of migration of Turkey in your message on the social networkwhich has been accompanied by four photographs in which the alleged pixelated corpses are seen.

The identities and origins of the victims, who were found near the town of Pasaköy – in the Turkish province of Edirne – a little more than 11 kilometers from the Ipsala border crossing, the most important between Greece and Turkey. On Wednesday morning, the government delegation in Edirne had published a statement in which it assured that the bodies of nine migrants had been found and one person at risk of freezing who was transferred to the hospital in the nearby city of Kesan. Hours later, in a second statement, the same office explained that, during the search, two other bodies had been found and that the migrant admitted to the hospital had died. “The teams of the Gendarmerie, the border units, the police and the AFAD [La Agencia de Desastres y Emergencias] search tasks continue,” said the provincial government delegation.

12 of the 22 migrants pushed back by Greek Border Units, stripped off from their clothes and shoes have frozen to death.

EU is remediless, weak and void of humane feelings.

In the images published by Minister Soylu, eight people can be distinguished. Four of them are lying on their backs with their arms crossed, one is lying face down in the middle of a dirt road, three are prostrate near an agricultural machine. None of the deceased seen in the photographs is wearing a coat: one of them is dressed in a long-sleeved checked shirt and pants; another, with shorts, and a third, who still has a mask on his face, with a black sweatshirt.

Testimonies collected by this newspaper among people returned by Greece to Turkey indicate that in recent months it is increasingly common for the Greek police to force migrants to hand over their coats and shoes before sending them, through inflatable boats, to the other side of the river Evros, which forms the border between the two countries. These returns involve violating European and international regulations, since all deportation must be done following the established channels.

The Turkish government repeatedly accuses the Greek authorities of returning to Turkey immigrants who arrived in the European country irregularly, a complaint that the Greek authorities reject despite the fact that various human rights organizations have documented many cases and that both the UNHCR and the Council of Europe have protested these practices. In the last two years, the Border Violence Monitoring Network, made up of a dozen NGOs and European associations, has documented more than a hundred incidents in which more than 5,000 people were illegally returned from Greece to Turkey through the Evros river. Furthermore, according to a Turkish government source, some 16,000 migrants were irregularly returned by Greece via the Aegean Sea last year.

The Government of Athens denounces that Ankara refuses to return migrants and refugees who enter Greece through Turkish territory through legal channels, as provided for in the anti-immigration agreement signed by Turkey and the EU in 2016 and an agreement anterior bilateral Greco-Turkish. Between February and March 2020, tens of thousands of people gathered along the land border between the two countries, whom Athens prevented from crossing, accusing Ankara of having opened the passage to pressure the European Union.