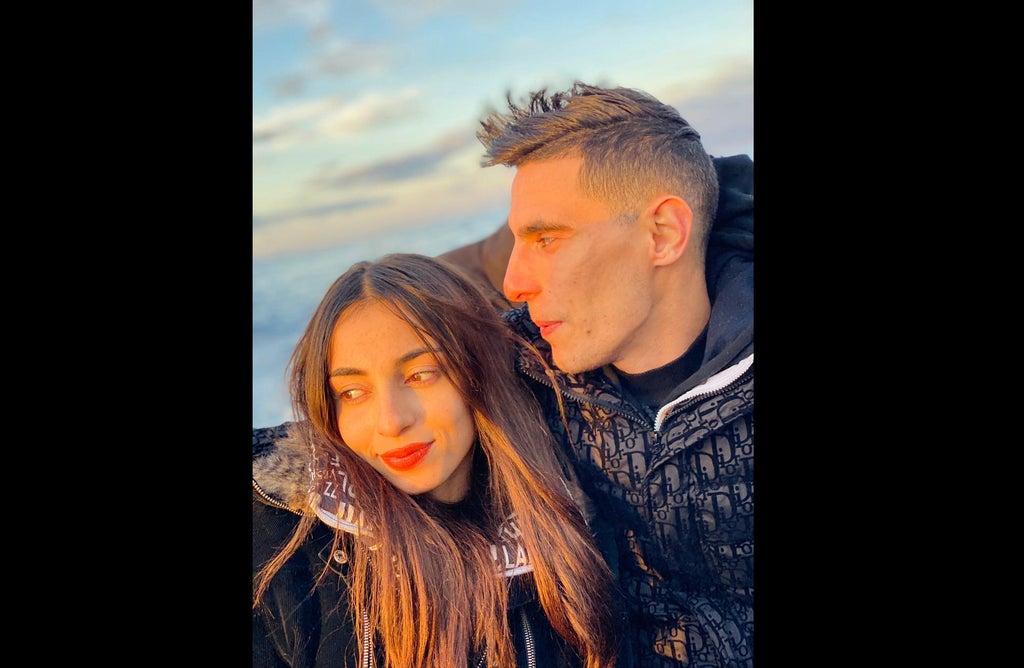 In a photo posted in November, 18-year-old Sabee al Saidi wears bright-pink lipstick as she leans from the side of a wooden boat, a calm blue sea stretched out behind her. In a video, she smiles alongside a dozen other migrants, gesturing to a popular rap song.

A month later, Chaima Ben Mahmoude, 21, posted a similar video, waving as she made the crossing from Tunisia to Italy with her fiance in a boat crowded with migrants.

The two Tunisian women have sparked controversy with their posts — which show them on seemingly carefree trips across the Mediterranean landing in Lampedusa, Italy, and then traveling around Europe taking selfies next to landmarks. Many criticized them for “normalizing” a journey that leaves thousands dead each year.

According to the Missing Migrants Project, 2,048 people went missing in the Mediterranean in 2021, with 23,000 missing since 2014. Experts warn al Saidi and Ben Mahmoude — social media influencers in Tunisia, with nearly 2 million followers on TikTok and Instagram between them — could inspire others to make the dangerous crossing.

“Social media is putting out a vision of Europe that is not accurate,” said Matt Herbert, research manager at the Global Initiative Against Transnational Organized Crime.

Tunisia is a main departure point for migrants setting off from North Africa to Europe. Once a popular tourist destination, as Tunisia’s economy deteriorated — with an 18% unemployment rate exacerbated by the impact of COVID-19 — migration attempts have soared.

In 2021, authorities intercepted over 23,000 migrants trying to leave Tunisian shores. This number is starkly higher than in 2019, when around 5,000 people were intercepted.

A report by the Global Initiative Against Transnational Organized Crime pins the surge on rising unemployment and pessimism about Tunisian leaders’ ability to improve the situation. Last July, President Kais Saied suspended parliament and took on sweeping powers, raising fears of democratic backsliding.

The journey across the Mediterranean is known locally as the “harka” — a reference to the figurative “burning” of borders and the destruction of personal documents before undertaking the perilous crossing.

While al Saidi’s and Ben Mahmoude’s posts sparked criticism, many also came to their defense, highlighting how some see the harka as the only way to escape the country amid growing frustration over European Union visa restrictions. France recently slashed visas given to Tunisians by 30% — and to Algerians and Moroccans by half — accusing the countries of failing to cooperate over the return of their nationals in France illegally.

Shame on her? More like, it’s a shame for us!” posted one TikToker in response to criticism of al Saidi’s video. “She managed to make it to Italy, while we’re all stuck here in Tunisia.”

As she underwent two weeks’ COVID-19 quarantine at a detention center in Italy, Ben Mahmoude told The Associated Press she understood the risks of the journey. But financial difficulties and her inability to get a visa had “forced” her to do the harka.

“I didn’t find anything for myself in Tunisia,” she said in an interview conducted through Zoom. “I have a diploma in hairdressing and I couldn’t get any work in this field. … When I did, the monthly salary was really hopeless — around 350 dinar ($120). You cannot do anything with that. You can just use public transport and buy your lunch — that’s it.”

Ben Mahmoude, who like al Saidi grew up in a lower middle-class family in the coastal Tunisian city of Sfax, said all it took was a call to a friend of a friend. She then paid 4,500 dinar ($1,560) for a place in the boat alongside 23 others.

Despite her smiles in the photos, Ben Mahmoude said the journey was terrifying.

“The fear was extraordinary, the sea was really agitated and there were lots of high waves,” she said. “In the boat, we said a prayer and prepared ourselves for death. When they told us we had arrived in Italian waters, we couldn’t believe it.”

Wael Garnaoui, a psychologist researching the harka, says the hope of a better life in Europe is largely based on “the migration lie,” which he says has been intensified by social media.

He said people see others go to Europe and observe their apparent success. They think they can easily get papers, work and money. The reality is often very different: 2020 data from the European Commission showed that the unemployment rate for migrants was nearly 14%, compared to about 6% for the native-born population.

“So they go to the Eiffel Tower and take a selfie in a Lacoste T-shirt, take photos of expensive cars. .… They tell their family back home that everything is going well,” Garnaoui said.

In the weeks since al Saidi and Ben Mahmoude made it to Europe, they have documented their shopping sprees, rides in BMWs and picture-perfect lattes. The photos and videos of their crossings garnered hundreds of thousands of likes and shares.

Although both women secured sponsorships in Tunisia that paid them for their social media endorsements of beauty products and local businesses, it’s unclear if they are making money from their posts in Italy and France.

But experts say their posts do have influence in Tunisia.

Posts like theirs “demystify” a journey that might otherwise be too terrifying to undertake, said Herbert of the Global Initiative Against Transnational Organized Crime.

“What these videos do… it confronts their fear with a visual reality that people can replace it with. It lowers the mental bar to leaving,” he said.

For many families, however, the harka has spelled only tragedy.

Chamseddine Marzouk, a volunteer in the coastal town of Zarzis, has been burying the bodies of those trying to reach Europe for years. By building a makeshift cemetery, Marzouk wanted to raise awareness about the dangers of migration.

Last summer, Marzouk woke up to find a letter from his wife saying that after failed attempts to get visas, she and their grandchildren had left by boat for Europe. “Forgive me,” read the note. “I have no other solution but the sea.”

“I found myself living the same situation that I’d been fighting for years” Marzouk said.

If an accident happened, “I could be burying my family without knowing whose bodies they were. I was in shock for two nights, and felt such relief when they called and told me they had arrived.”