Skip to content
Home News trust in institutions during the pandemic 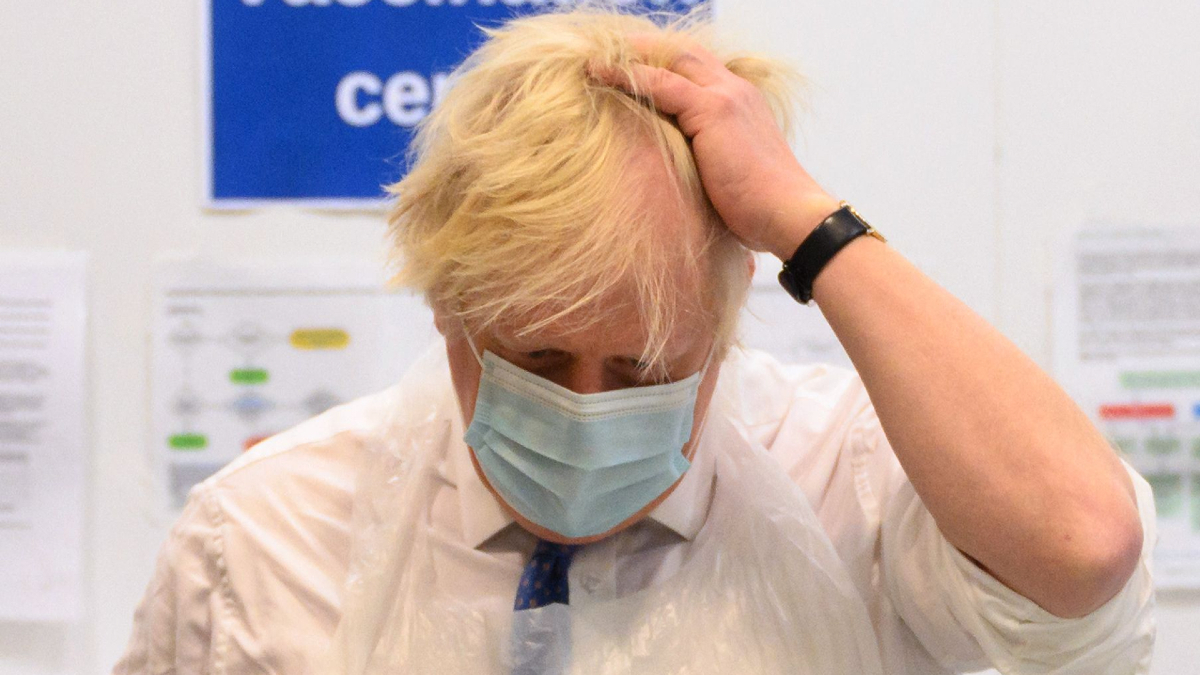 The imposition of a COVID certificate for nightclubs and mass events has cost UK Prime Minister Boris Johnson the biggest internal rebellion in Parliament since he came to power. This week, 101 Conservative MPs (out of a total of 361) voted against the imposition of COVID-19 certificates to enter certain enclosed spaces, a measure that was approved thanks to the support of the opposition. That’s after the popularity of the British ‘premier’ has plummeted after the scandals of unrestricted private parties in Downing Street, in the middle of the pandemic, in December 2020, and even earlier.

There are growing doubts about Boris Johnson’s leadership. The UK media have criticized the incoherence of a government that increases restrictions on citizens and then itself breaches. And while the omicron variant gallops in the country, daily numbers of infections are reported that exceed the maximum of the entire pandemic and mass vaccination of booster doses is urged to alleviate the possible health impact, the British Executive has lost the moral authority to impose more restrictions.

“What we say is that people should be cautious and reflect on their activities in the run-up to Christmas “, Johnson simply responded when questioned about the need to reduce contacts in the days leading up to the Christmas holidays.

This situation highlights the importance of transmitting credibility all the time by institutions, especially governments, in the communication of a crisis as long as that of the coronavirus, which has lasted for two years, and in which successive waves of infections have to be managed, convincing citizens to adopt the necessary preventive measures and, at the same time, combat the undercurrents of misinformation.

1. Trust in governments and the media

Citizens are looking for information they can trust and provide answers about the pandemic. On the role of governments and the media, the Reuters Institute for the Study of Journalism conducted a survey to find out through which sources the population was informed about the coronavirus crisis. The data, published in May, indicated that half of those surveyed believed that the media did a good job of explaining how vaccines work and how to vaccinate the population, almost always to a greater extent than opinion about the respective governments.

The results obtained in the eight countries studied also suggest that using the media as a source of information about the coronavirus significantly reduced citizens’ belief in false claims about vaccines, such as that they alter DNA and cause infertility or cancer. And, on the contrary, there was a greater tendency to accept these arguments as good in those who were informed of the pandemic by mobile messaging applications such as WhatsApp and Telegram.

2. And in Spain? We trust above all in science and health

In almost all countries, the media are the most widely used source for information about the pandemic, according to the same Reuters Institute study. In Spain it is also like that, the main source for Spaniards is the media (70% have resorted to them), well ahead of scientists, doctors and health experts (27%), the health authorities (24%) and the Government of the nation (18%).

However, one thing is what sources of information are followed and another is the confidence that one has in them. And when it comes to addressing the challenges posed by the coronavirus, those who enjoy the highest esteem are the health services (hospital, health center), as observed in the latest round of the COSMO-Spain survey, coordinated by the Institute Health Carlos III. In the last few months, confidence in the Ministry of Health has improved to equal that of the central government, but citizens have in greater consideration entities that they consider closer to, such as health centers, educational centers, and in this pandemic more affinity has been felt with the autonomous governments than with the State.

3. The hoaxes of the pandemic in 2021 revolved around the vaccine

If anything contributes to the mistrust of the population, it is misinformation, or to put it bluntly, misinformation. In a scenario of uncertainty and, at the same time, with excess data, such as the pandemic, citizens doubt where they can find the most reliable information. This is how fake news arises, as the VerificaRTVE team explains below.

The year 2021 has been full of hoaxes related to COVID-19. The subjects subject to disinformation have been changing coinciding with the evolution of the pandemic, although if a common thread were to be indicated, this would be that of vaccines. Plant doubts about its composition or about adverse effects Vaccines remain recurring issues for misinformation to this day. Another constant has been the manipulation of statistics on adverse effects or the number of infections. Similarly, the delta and omicron variants raised new false claims about the severity of the new strains.

In spring, doubts regarding vaccination appointments and dubious calls that arrived in the form of a message on mobile phones made it necessary to clarify how each autonomous community cited. With the arrival of the third dose in October, false calls also arise for the third dose of the vaccine, which again made it necessary to explain how this process was carried out to inform the population.

We have also seen manipulated scenes and mounting false accusations with the aim of supporting or sustaining all denialist theories or promoted by anti-vaccine groups. Now, in the last months of the year, misinformation focuses on current issues related to the pandemic: the implementation of the health passport and the supposed danger of the effects of vaccines on children. Disinformation does not rest.

The COSMO-Spain study on the behavior and attitudes of the population related to COVID-19 also asks about the degree of agreement with the measures adopted. Nowadays, The lifting of restrictions on nightlife is the one that has the least acceptance and the most important is the recovery of freedom of movement between provinces, once the state of alarm waned last May.

On a scale from 1 to 5, where 1 is “not at all agree” and 5, “totally agree”, above the midpoint of the scale is support for decisions to be in the hands of the autonomous communities ( 3.9), the end of the curfew, freedom of movement between countries (3.3) and the mandatory outdoor mask (3.2), according to the eighth round of this study, carried out last October.

Although not the most unpopular now, maintaining freedom of movement between countries has always been among the least supported measures since the study is done. The lowest acceptance point was recorded between January and May of this year, coinciding with the third wave of infections.

5. The reasons for the unvaccinated

Spain has a very high vaccination coverage, but there are still citizens who refuse to be immunized against COVID-19. The ISCIII has released this week the data of a preliminary study to find out its reasons.

Impervious to the official discourse of international health organizations, governments and political institutions and the media, 72% argue that vaccines “have developed very quickly, are not safe or are in the experimental phase”, while almost the half of those surveyed say that “they are bad for your health” and that they are concerned about “their side effects”. Barely 12% reject punctures because they believe the virus does not exist or that there is a conspiracy behind.

The ISCIII survey also concludes that people who do not get vaccinated have a lower perception of risk, have less knowledge about the virus and comply less with prevention measures against the virus. For example, only 64% use the mask when it is recommended compared to 95% of the general population, while only 15% avoid social or family gatherings compared to 69% of the general population.

Postscript: a new look at the European COVID passport map

If the COVID passport is the key to access the interior spaces of hotels, restaurants and leisure in many autonomous communities, it is also the key to entering other countries. For those who are planning a trip to a European country, most destinations are accessible with the certificate that proves being vaccinated with the full schedule, having had the disease in the last six months or having a negative PCR test or test of antigens before the trip. But in other countries they also ask for a negative test and other official documentation.

The updated information can be consulted on the following map, and all the details, in the news linked below.