Skip to content
Home News Trump’s political future – and freedom – may be threatened by documents retrieved from Mar-a-Lago, experts say 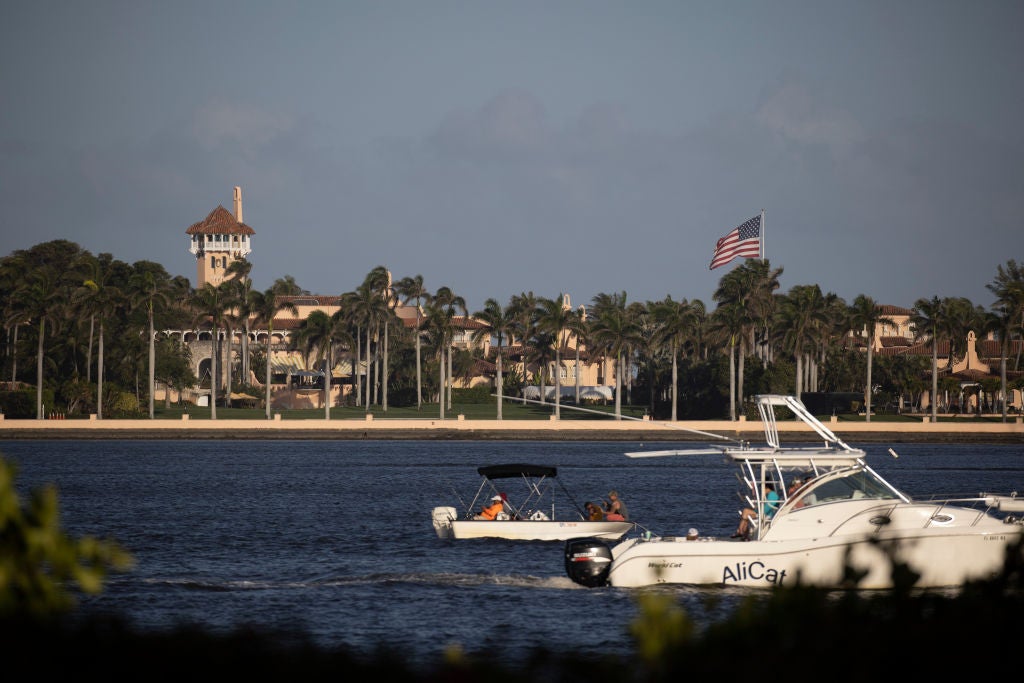 Nnational security experts and former federal prosecutors have told The Independent the 15 boxes of records retrieved from former president Donald Trump’s Mar-a-Lago residence by National Archives and Records Administration (Nara) officials could pose a more perilous threat to his freedom and his plans for a 2024 presidential campaign than any investigation into his attempt to overturn the 2020 election.

Last week, Nara officials said in a statement that the records “should have been transferred to NARA from the White House at the end of the Trump Administration in January 2021,” and confirmed to the Washington Post that Mr Trump’s aides are still searching for more records which he retained after leaving office.

Under the 1978 Presidential Records Act, White House records are the property of the United States government, not the president. This means any record created or handled by Mr Trump or his advisers from him had to be turned over to Nara when he left office on 20 January 2021.

The archives agency has also asked the Justice Department to examine Mr Trump’s handling of White House records, according to the post.

While the Presidential Records Act does not impose criminal penalties on a president or presidential aid who violates it, Mr Trump’s retention of documents past the end of his term puts him in violation of a number of federal criminal statutes.

One such document retrieved from Mar-a-Lago, a letter reportedly written to Mr Trump by North Korean dictator Kim Jong-un, could potentially put him at risk for prosecution under laws which govern the handling of classified material.

Mr Trump could not even argue that he did not believe the letter to be classified because he once threatened a Time Magazine photographer with prison for attempting to take a photo of it during a 2019 Oval Office interview.

Bradley Moss, a Washington, DC attorney who specializes in national security law, told The Independent Mr Trump lost any authority to possess classified information once he became a private citizen.

Mr Moss added that Mr Trump could also face prosecution for mishandling classified documents if the letter from Mr Kim — or any other classified material — was transported to Mar-a-Lago in anything but an authorized means for transmitting such material.

“I don’t see how those were in any way… unclassified,” he said. How on earth he had those set aside and shipped down there remains to be seen, but that could be a very easy case for criminal exposure”.

According to National Security Counselors executive director Kel McClanahan, the ex-president could also face prosecution even if the letter was not technically classified because his possession of it after his term was up violated a provision of the Espionage Act pertaining to “national defense information” .

But Mr McClanahan said it’s far more likely that the government would choose to prosecute Mr Trump under the provisions of the US criminal code used to prosecute Sandy Berger, the late Clinton administration national security adviser who was sentenced to probation after pleading guilty to stealing documents from the national archives in his socks.

See also  How much is this painting worth: 4,200 euros or four million? | Culture

“He’s completely dead to rights on those,” he said.

Nick Akerman, a former federal prosecutor who worked on the Justice Department investigation into Richard Nixon during Watergate, said Mr Trump’s criminal exposure far outweighs anything he might face from anything related to the 6 January insurrection or the potential crimes identified during former special counsel Robert Mueller’s probe into Russia’s interference in the 2016 election.

Mr Akerman said he would probably choose to prosecute Mr Trump under statutes which make it a crime to participate in a scheme to defraud the government out of its property.

The fact that in this case, prosecutors would have tangible evidence to show a jury in the form of boxes of documents taken by Mr Trump, puts the Justice Department in a better position than any prosecutor hoping to try the former president on any other matter, I have added.

But if the Justice Department does indict Mr Trump under the statute used to charge Berger, it could imperil his hopes of returning to the presidency in 2025.

Mr McClanahan told The Independent that the part of the US code which makes it a crime to “conceal,” “remove,” “mutilate,” “obliterate” or “falsify” government records contains a provision which states that anyone convicted under it “shall … be disqualified from holding any office under the United States”.

And in Mr Trump’s case, he said the ex-president’s own words could come back to haunt him.

Mr McLanahan said the rambling statement Mr Trump issued about the records transfer, in which he said his interactions with Nara had been “collaborative and respectful” while arranging “transport of boxes that contained Presidential Records in compliance with the Presidential Records Act” could be admitted against him in court as evidence that Mr Trump knew he had violated federal records laws.

He also recalled how the then-president routinely claimed that any document he touched and any conversation between him and his aides was classified.

“He’s now going to have those statements thrown in his face,” he said.