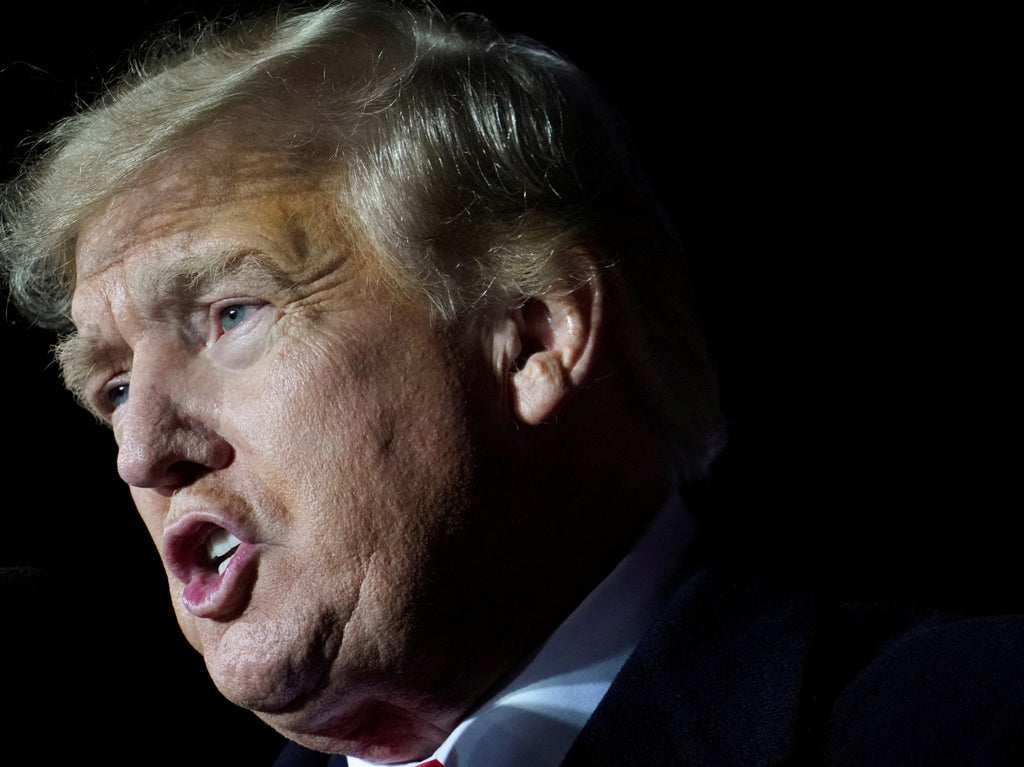 Former President Donald Trump has accused operatives tied to Hillary Clinton’s 2016 campaign of spying on him during his run for the presidency and while in the White House, suggesting that they should be executed.

In a statement released on Twitter through his spokesperson on Saturday, Mr Trump said: “The latest pleading from Special Counsel Robert Durham provides indisputable evidence that my campaign and presidency were spied on by operatives paid by the Hillary Clinton Campaign in an effort to develop a completely manufactured connection to Russia.”

He continues: “This is a scandal far greater in scope and magnitude than Watergate and those who were involved in and knew about this spying operation should be subject to criminal prosecution. In a stronger period of time in our country, this crime would have been punishable by death. In addition, reparations should be paid to those in our country who have been damaged by this.”

Mr Trump said in a later statement on Twitter: “What Hillary Clinton and the Radical Left Democrats did with respect to spying on a President of the United States, even while in office, is a far bigger crime than Watergate. It will be interesting to see how it was covered by the media and what Mitch McConnell and the RINOs will be doing about it. This is an insult to the Republican Party, but a far greater insult to our Nation. Covered very powerfully this morning by Fox and Friends and, of course, Maria Bartiromo.”

Robert Durham was appointed by Trump administration Attorney General Bill Barr in May 2019 to investigate the origins of the FBI’s inquiry into the Trump-Russia collusion scandal.

Then-President Trump praised the decision at the time, hoping Mr Durham would go after those he blamed for the launch of the probe by Robert Mueller.

Mr Sussman was indicted on a charge of making a false statement about a client during a meeting with the FBI during a meeting in 2016, according to the Department of Justice. He has pleaded not guilty.

A motion filed by Mr Durham on 11 February focuses on potential conflicts of interest related to the representation of Mr Sussmann, foxnews reports.

Mr Durham claims in the filing that the tech executive in question asked researchers to “mine Internet data to establish ‘an inference’ and ‘narrative’ tying then-candidate Trump to Russia”, Fox News reports.

“In doing so, Tech Executive-1 indicated that he was seeking to please certain ‘VIPs,’ referring to individuals at Law Firm-1 and the Clinton campaign,” the motion states.

Lawyers for Mr Sussman have previously said their client is a highly-respected national security lawyer who has worked in the Justice Department under both Republican and Democratic administrations and said they were confident he would prevail at trial and “vindicate his good name.”

“Mr Sussmann has committed no crime,” they said in a statement. “Any prosecution here would be baseless, unprecedented, and an unwarranted deviation from the apolitical and principled way in which the Department of Justice is supposed to do its work.”