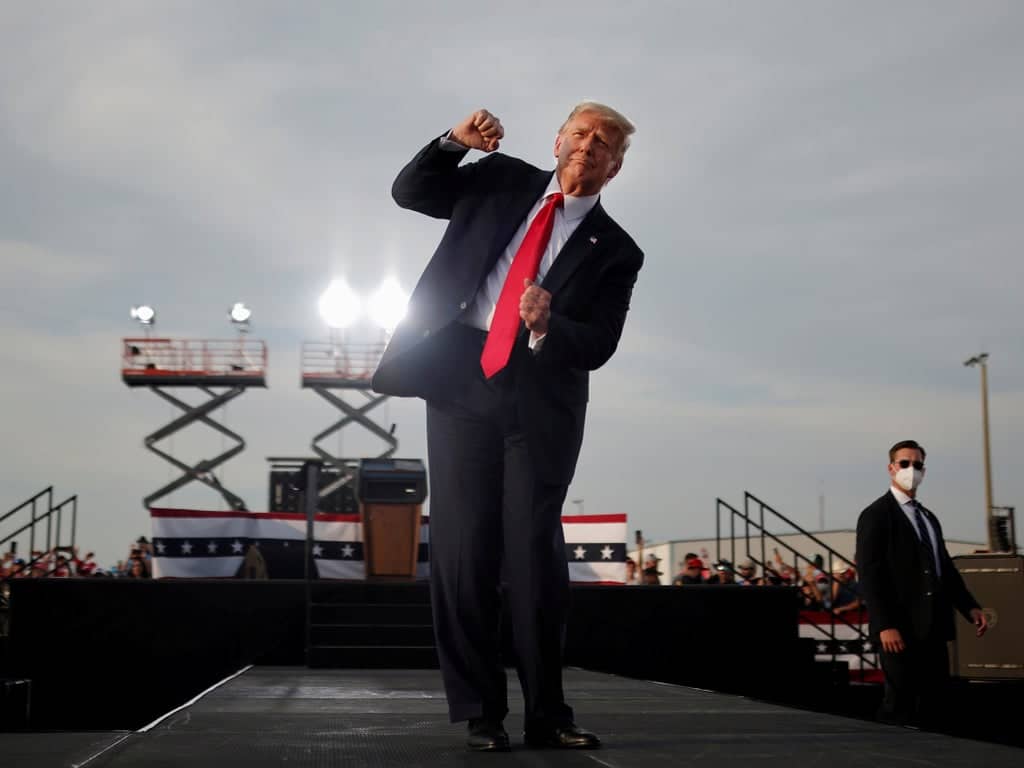 Donald Trump has sued Hillary Clinton and other Democrats, claiming that they tried to rig the 2016 election by tying the former president’s campaign to Russia.

The move is not the only legal news today as the January 6 House select committee will meet to consider criminal contempt referrals for Donald Trump allies Dan Scavino and Pete Navarro.

Meanwhile, Mr Trump has withdrawn his endorsement from Alabama congressman and Senate candidate Mo Brooks, citing his longtime ally’s “horrible mistake” of suggesting that Republicans need to move on from the claim that the 2020 election was stolen.

Mr Trump accused the congressman of “going woke” in a lengthy statement. In a response, Mr Brooks revealed that from September 2021 onwards, Mr Trump repeatedly asked him to rescind the 2020 elections, immediately remove Joe Biden from the White House, reinstall him as president, and hold a new special election for the presidency – all of which the Alabama lawmaker says he knew to be legally impossible.

Voices: Trump got banned from Twitter for spreading lies – so what do we do with Russia?

Free speech matters – now, more than ever, writes James Moore. But what about when it is used as part of an orchestrated attempt to crush that of others, and to kill those who resist?

The legal action filed in Georgia by a group of voters asked state officials to prevent the proudly outspoken congresswoman from seeking a second term in elections to be held in January.

A prosecutor who had been leading a criminal investigation into Donald Trump before quitting last month said in his resignation letter that he believes the former president is “guilty of numerous felony violations” and he disagreed with the Manhattan district attorney’s decision not to seek an indictment.

In the letter, published Wednesday by The New York Times, Mark Pomerantz told District Attorney Alvin Bragg there was “sufficient evidence to establish Mr. Trump’s guilt beyond a reasonable doubt” of allegations he falsified financial statements to secure loans and burn his image as a wealthy businessman.

Senator Ted Cruz was caught checking his phone for Twitter mentions by a photo journalist after a confirmation hearing for Supreme Court nominee Ketanji Brown Jackson on Wednesday.

The Texas Republican was accused by social media users of a “performative tantrum” at the hearing after he ignored repeated requests from Senator Dick Durbin, the chair of the Senate Judiciary Committee, to stop speaking after his allotted time.

Gustaf Kilander has the latest from Washington, DC.

See also  Five Guys at Piccadilly Station? I went on a journey to Platform 14 to see if Manchester's newest burger joint lives up to the hype

This is a developing story.

Alex Jones may now face arrest for contempt of court after he failed to appear for his deposition in a lawsuit over his false claims about the Sandy Hook massacre for the second day in a row.

A court document filed on Thursday by an attorney for the families of victims of the 2012 mass shooting said that Mr Jones breached a court order by failing to turn up to testify under oath that morning.

At the Democratic Rhode Island Senator Sheldon Whitehouse had a run-in earlier with Republican Alabama Attorney General Steve Marshall, who previously served as head of the Republican Attorneys General Association. Questioning him at a Senate Judiciary Committee session that followed this week’s questioning of Ketanji Brown Jackson, Mr Whitehouse pressed Mr Marshall on his views of him about the 2020 election – and was met with terse intransigence.

A group seeking to prove that the 2020 presidential election was stolen is today testifying in the Wisconsin statehouse. True the Vote, a Texas-based organization dedicated to the false claim that voter fraud was used to rob Donald Trump of victory, is set to testify to the state legislature’s elections committee – and in advance of its testimony, the Wisconsin Elections Commission has released the fact sheet below rebutting the group’s claims.

Wisconsin was one of several states that the Trump team argued had been stolen, and it has become one of his main focuses thanks to an ongoing (but likely doomed) investigation into the election results.