Trump calls for Putin to release dirt on the Biden family

Joe Biden has said privately that he believes Donald Trump should be prosecuted over the 6 January attack on the US Capitol, according to a report.

Mr Biden told members of his inner circle late last year that the one-term president was a threat to democracy and action against him should be taken, according to New York Times.

Donald Trump’s son-in-law and former White House adviser Jared Kushner has appeared virtually before the House select committee investigating the January 6 Capitol riot. His testimony of him is said to have been “really valuable”.

The meeting comes as White House records turned over to the committee by the National Archives and Records Administration do not include any calls made or received by Mr Trump through the White House switchboard for eight hours that day. The panel is now probing whether Mr Trump or his advisers used untraceable “burner phones” to evade official record-keeping systems.

Meanwhile, Mr Trump’s bespoke social media platform Truth Social is reportedly in poor shape, with downloads falling by 93 per cent and user engagement low. The platform has been promoted as a censorship-free environment where his supporters can consort with each other free from sanctions imposed by “big tech”, but the president has yet to post on it and is said to have complained about his problems. to his advisers.

Finally, Mr Trump may face a day in court thanks to reggae singer Eddy Grant as the discovery phase of a copyright infringement lawsuit is extended. The former president has failed to get the case dismissed.

Donald Trump claimed Vladimir Putin would never have invaded Ukraine if he was still in the White House, during his latest MAGA rally.

The one-term president told the crowd in Michigan that he was surprised at the Kremlin’s assault on Ukraine and that he thought Mr Putin was just negotiating.

Here we go then for former president Trump’s latest rally…

The former president is seemingly running late for his rally in Michigan.

Opening prayer at Trump rally says he is still president

The opening prayer at Donald Trump’s Michigan rally began with the belief that the one-term president was still the “true” occupier of the White House.

Washington Township Fire Chief Brian Tyrell told The Detroit News that the indoor capacity at Michigan Star Center would be capped at 5,500., and that he anticipates many Trump fans will be left outside the venue.

The businessman, who has been one of the biggest supporters of Mr Trump’s false claim that he beat Joe Biden, attended a rally for the one-term former president at the Michigan Stars Sports Center in Washington Township, Michigan, on Saturday.

Mr Trump is giving a rally speech in Michigan later on Saturday night.

Mr Lindell told CNBC in December that he had spent $25m trying to prove Mr Trump won, meaning he has shelled out a further $10m so far in 2022.

Mr Trump and his allies have lost more than 60 election challenge lawsuits filed in state and federal courts across the country, and the Supreme Court, which has three Trump appointees also refused to look at it.

Biden has privately said Trump should be prosecuted: Report

US President Joe Biden has said privately that he believes Donald Trump should be prosecuted over the 6 January attack on the US Capitol, according to a report.

Mr Biden told members of his inner circle late last year that the one-term president was a threat to democracy and action against him should be taken, according to New York Times.

But the president has reportedly never told that directly to Attorney General Merrick Garland, who is in charge of the Department of Justice and is overseeing cases related to the attempt by Mr Trump’s supporters to prevent certification of Mr Biden’s election victory.

CNN: White House record-keepers ‘iced out’ ahead of Capitol riot

CNN reports that record-keepers in the White House were receiving fewer details about Donald Trump’s schedule and calls in the days leading up to the 6 January Capitol riot. A source described how they seemed to be “iced out”.

Will Trump be charged for January 6?

The Senate acquitted former President Donald Trump last year of inciting the Capitol insurrection. But neither Trump nor any of his top advisers have faced charges over the attack in a court of law, and it’s uncertain if they ever will.

But increasingly, lawmakers on the House committee investigating the Jan. 6 assault are pressing Attorney General Merrick Garland to investigate Trump and his associates. They’ve been laying out possible crimes in at least one court filing and openly discussing others, all related to that day’s violent attack by Trump supporters looking to disrupt Congress’ formal certification of his reelection defeat of him.

Here’s a look at some of the suggested crimes floated by the House panel:

Senior Iowa Senator Chuck Grassley, a longtime member of the Judiciary Committee, has been recorded agreeing with a constituent at a town hall that the way some of his colleagues treated Supreme Court nominee Ketanji Brown Jackson was “appalling” – and mainly fueled by a desire to generate clips that would be heavily played on right-wing outlets. 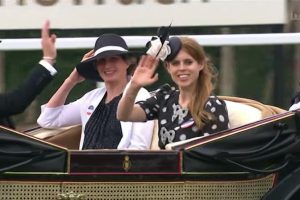 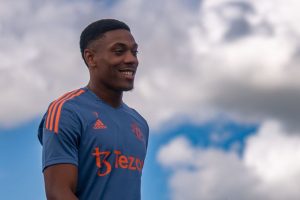 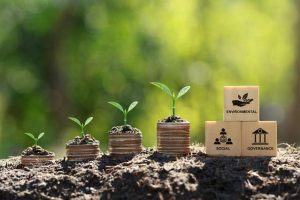