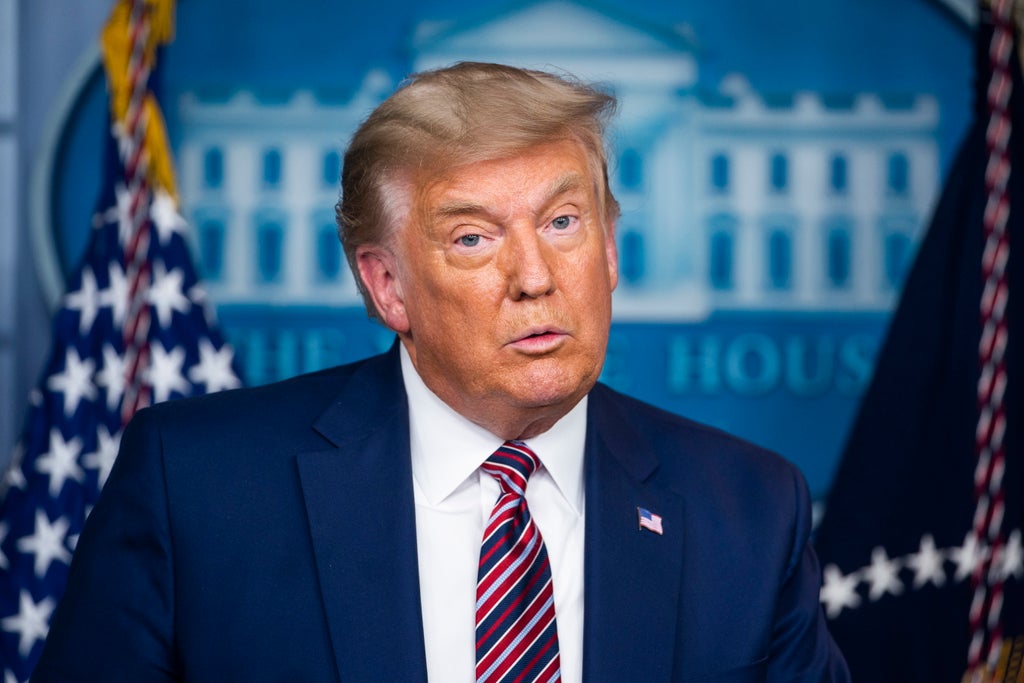 Donald Trump’s well-known habit of ripping up documents did not stop once he entered the White House, where staff reportedly resorted to taping together piles of shredded paper. But the practice was “far more widespread and indiscriminate than previously known” and extended throughout his four years in office, according to The Washington Post.

White House documents – from schedules to sensitive memos – were regularly ripped into quarters and tossed into trash bins or on the floor of Air Force One, or stuffed into “burn bags” to be incinerated at the Pentagon, only for aides to sort through the contents to determine which bits needed to be preserved under federal law, the newspaper reported.

Under the Presidential Records Act, the White House must maintain all documents touched by the president to be preserved by the National Archives and Records Administration.

The former president’s reportedly relentless habit of destroying sensitive documents was clearly in violation of the law, according to Courtney Chartier, president of the Society of American Archivists.

She told the newspaper: “There is no ignorance of these laws. There are White House manuals about the maintenance of these records.”

To avoid such scrutiny, aides from either the Office of the Staff Secretary or the Oval Office Operations would clean up piles of discarded documents once the former president left the room, while staff from the White House Office of Records Management would be responsible for “jigsawing ” the pieces together, using clear tape, according to ThePost.

Documents recently obtained by the House select committee investigating the attack on the US Capitol received Trump-era White House documents that had to be taped together after previous attempts to destroy them.

The National Archives confirmed that documents the agency received “included paper records that had been torn up by former President Trump.”

Other documents from the White House submitted to the agency had not been reconstructed at all, according to the Archives.

The Archives handed more than 750 pages of requested documents to the committee last month.

It is unclear how many Trump-era documents were lost or permanently destroyed, though one source told The Post that there could be hundreds.

The report details the alleged depths of the Trump administration’s unprecedented destruction of sensitive records, which were glimpsed in 2018 after Politico described the former president’s “filing system.”

“We got Scotch tape, the clear kind,” former aid Solomon Lartey told the outlet at the time. “You found pieces and taped them back together and then you gave it back to the supervisor.”

In December 2020, a lawsuit was filed on behalf of the National Security Archive, Society for Historians of American Foreign Relations and the American Historical Association against the Trump administration to “prevent a possible bonfire” of White House records. The plaintiffs voluntarily dismissed the case last year after Joe Biden’s administration entered office.

Among those documents are digital files, including deleted Twitter posts and other social media messages from White House staff, including WhatsApp messages, used for official government business.

The Independent has requested comment from a spokesperson for Mr Trump.