Skip to content
Home News Trouble in paradise? Here’s how to know when it’s time to see a couples counselor – according to experts 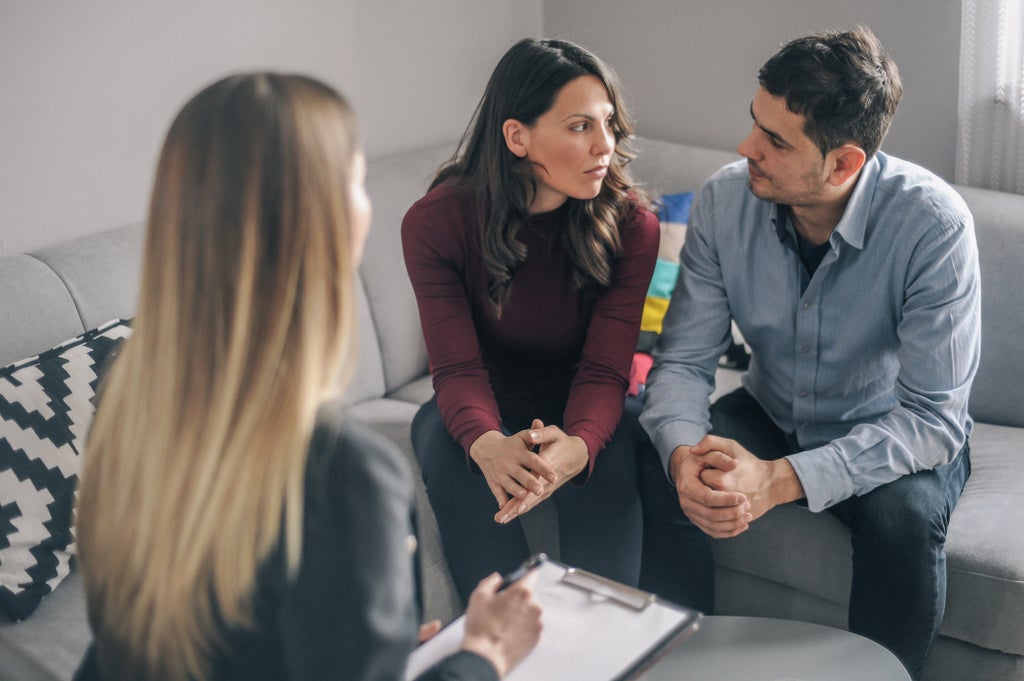 Whether you and your significant other have been together for four months or 10 years, you’ve probably seen how your relationship has been pushed to different limits.

Throughout the pandemic, as you and your partner have spent less or more time together than ever, the last two years might have been pivotal.

Regardless of the timing, problems can occur in any relationship. You can easily find yourself in a situation where things don’t turn out the way you expect them to, whether it is your big anniversary plans or 2-minute FaceTime call.

With that in mind, it’s safe to say that spats and fallouts aren’t so out of the ordinary. And deep down, you and your significant other may come to realize that things simply aren’t working.

However, this doesn’t necessarily call for a breakup.

There are certain signs that you may need to seek out an outside resource, such as a couples counsellor, who may ultimately change your relationship for the better.

According to Saba Lurie, a licensed married and family therapist (LMFT) and owner of Take Root Therapy, a group psychotherapy practice in Los Angeles, California, one sign that couples may need therapy consistency – such as when feelings or situations are constantly occurring.

“Signs that it is time for couples counseling may include having the same fight or argument over and over again, feeling unhappy or stuck or even feeling ambivalence about the relationship altogether,” Lurie told The Independent.

Tina B. Tessina, Ph.D. is also an LMFT and author of Money, Sex and Kids: Stop Fighting About the Three Things That Can Ruin Your Relationship, based in Southern California. Similar to Lurie, Tessina notes that fighting is a problem that couples often need to overcome. However, in some cases, fighting less frequently than usual can also be a sign to see a couples counsellor.

“You aren’t fighting – but you aren’t communicating,” she explained to The Independent. “If you’ve been fighting, or dread fighting, moving into a phase of not talking meaningfully at all can feel like a relief – but it could be a sign that you’ve both given up on being understood.”

Even though every relationship is different, Tessina noted that there are some common problems that could be a call for couples counseling. For example, there may be a lack of intimacy, a feeling of panic when something goes wrong, or a lot of drama.

And while you and your significant other are comfortable talking about your problems, an inability to solve them on your own could be a major red flag.

“When my husband and I first married, in 1982, we made a deal: if we couldn’t solve a problem on our own in three days, we’d go for counselling,” Tessina recalled. “In the first few years, we had a few sessions, which were very helpful in teaching us how to be effective with each other. All these years later, we are happy and haven’t needed counseling in many years.”

So, with all these different signs in mind, when exactly is the right time to go to couples therapy? According to Ling Lam, Ph.D., an LMFT and lecturer in the Counseling Psychology Department at Santa Clara University, anytime can be the right time.

“Now is always a good time for couples counseling,” he said. “Couples counseling goes beyond fixing problems in the relationship but can provide tools for couples to build a bigger emotional bank account and resilience. An ounce of prevention is worth a pound of cure.”

Now that you have a sense of when and why to seek couples therapy, next up is the questions of what it can do for you and how it can be beneficial.

Although there’s no telling how long it can take to see the results you want, your relationship is being offered an advantage that it didn’t have before during your very first day with a couples therapist.

In regards to how couples therapy can be helpful in the long run, Lurie agreed with Ling, echoing the fact that it can ultimately better you and your partner’s communication skills.

“Couples counseling can help couples navigate challenging situations and assist them in better understanding each other including each other’s attachment styles and how their past experiences may impact their current relationship,” Lurie said.