Skip to content
Home News Trayvon Martin’s mother Sybrina Fulton on decade of activism and fighting for racial justice: ‘I can’t give up’ 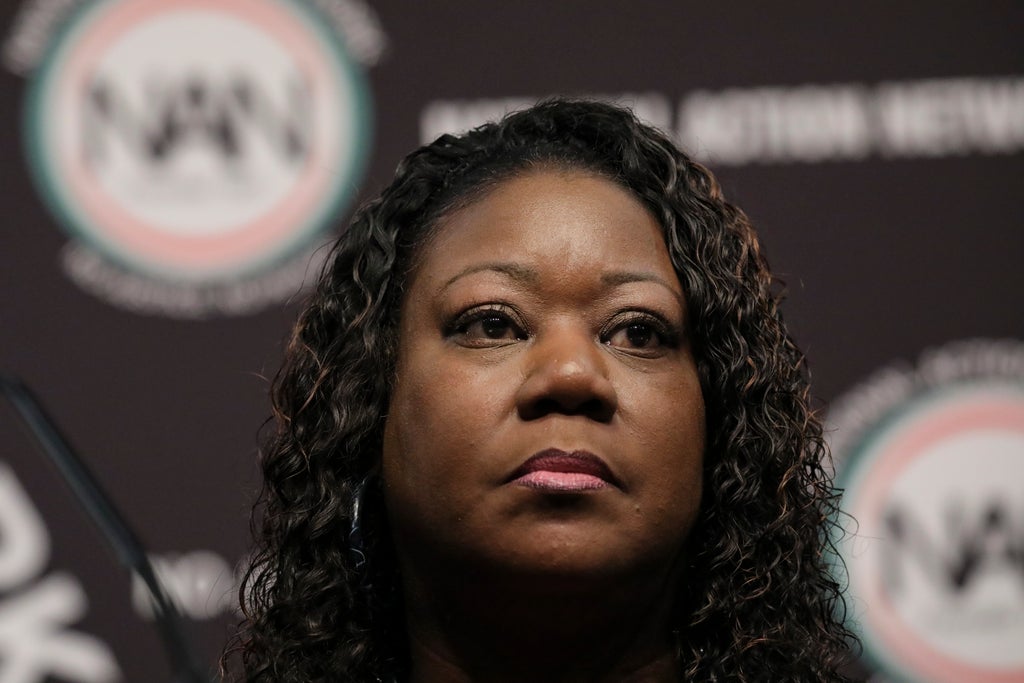 It is a job nobody wants. Particularly not a young mother grieving and hollowed out by the killing of her son.

Yet, a decade after the fatal shooting of 17-year-old Trayvon Martin, his mother Sybrina Fulton has taken it on full time – a campaigner for racial justice.

Like so many who find themselves cast into such fights after the death of a loved one – and particularly parents who have lost a child – their efforts to secure legislation or reform, are partly done to prevent the tragedy befalling another family. Yet they also driven, perhaps primarily so, to honor the life of the person they have lost.

“As I sit down to pour out the things I’ve learned in the ten years since the murder of my son Trayvon, I find myself thinking about all the racial injustices that continue to happen today,” Fulton, 56, writes in a new account published by Amazon and with a foreword by civil rights attorney Ben Crump.

“Every time someone is murdered, it’s a reminder that someone’s child, sister, or brother is being taken from us in the same way my son was taken from me.”

In the essay,Trayvon: Ten Years Latershe adds: “We all have a heartbeat, regardless of the color of our skin, and the constant news that another incident of racial violence has stolen a life from us, leaving only the memories of the magic and beauty of their lives, is heartbreaking.”

There was outrage when her teenage son was shot dead in Florida in February 2012 as he returned from a visit to a nearby shop, where he had bought a packet of Skittles. A 28-year-old neighborhood watch coordinator, George Zimmerman, who wanted to be a police officer and was carrying a 9mm semi-automatic pistol, shot the teenager during a physical altercation. The teenager was wearing a gray hoodie.

Zimmerman called a non-emergency police number to report there’s “a real suspicious guy”, who was walking on the street close to his gated community in the city of Sanford, about 30 miles north of Orlando.

“He’s got his hand in his waistband, he’s Black,” he said. “These assholes always get away with it.”

Police warned Zimmerman not to follow the young man but he did so anyway.

When police arrived at the scene they tried to save the teenager but he was pronounced dead shortly afterwards. Zimmerman was taken in for questioning that night, but released after five hours. Sanford Police Chief Bill Lee Jr would announce Zimmerman could not be charged, according to the stand your ground laws, signed into law by Florida Governor Jeb Bush in 2005.

He was subsequently fired by the city, but he later defended his actions, telling a reporter: “I took an oath. The laws of the Constitution, and the state of Florida, say if you don’t have probable cause to arrest someone you can’t arrest them.”

As it was, some felt there were grounds to dig deeper. Amid public pressure, state investigators launched their own investigation as did the federal Department of Justice.

At the White House, Barack Obama welcomed the probe and said: “My main message is, is to the parents of Trayvon Martin. If I had a son, he’d look like Trayvon. I think they are right to expect that all of us as Americans, are going to take this with the seriousness that it deserves, and that we’re going to get to the bottom of exactly what happened.”

On 11 April 2012, Zimmerman was charged with second-degree murder. A year later he went on trial, and in July 2013 a jury found him not guilty.

While some legal experts said they were not surprised by the not guilty verdict, plenty of people felt utter dismay. Across the nation people held vigils and demonstrations, and three women of color – Alicia Garza Patrisse Cullors and Opal Tometi – would establish the Black Lives Matter, a national campaign for racial justice, inspired by the banners and slogans, and hashtags on social media.

“It was as if we had all been punched in the gut,” Garza later recalled of the not guilty verdict.

Fulton, who has a second son, Jahvaris Fulton, would establish the Trayvon Martin Foundation, with the help of Trayvon’s father, Tracy Martin. Trayvon also had several other siblings, Demetrius Martin and Takira Martin.

The Trayvon Martin Foundation was designed to “provide emotional and financial support to families who have lost a child to gun violence”.

And Fulton would quickly find herself on stages and at rallies, speaking alongside other Black mothers who had lost children to gun violence or the actions of the police – Gwen Carr, the mother of Eric Garner; Lesley McSpadden, the mother of Michael Brown; Geneva Reed-Veal, the mother of Sandra Bland; and Samaria Rice, the mother of Tamir Rice.

She called the group, The Circle of Mothers.

“Initially my focus was Trayvon, and that’s how I started getting involved in activism. I’ve learned since that time that it is so much bigger than Trayvon,” she told the Guardian.

Trayvon Martin’s mother on the ‘long’ fight for racial justice

As part of her activism, Fulton has also ran for elected office, narrowly failing – by just 331 votes – to win a seat on Florida’s Miami-Dade County Commission.

“At first I didn’t want to be the voice for Trayvon after he died,” she said when she announced her bid. “But, I decided I have no choice. Now I am called to act and called to serve.”

That is also the message she delivers when she speaks, either to colleges or to other activists.

This February, to mark Black History Month, Fulton spoke at an event organized by the Black/African American Cultural Center at Colorado State University.

According to an account by the Rocky Mountain Collegiana student newspaper that dates from 1891, she also talked about the challenges of educating children about matters of race, and talking to children of color about racism.

She urged those listening who felt compelled to join her struggle to do so.

“Prior to Ahmaud Arbery and George Floyd, you really didn’t see police officers or everyday citizens being arrested and convicted for… killing people of colour. It’s a progress, but it’s a slow progress,” she said.

“I can’t give up; I have to continue to press forward and continue to move forward. I try to convince people to do their part; I tell them all the time that it took my son being shot down in order for me to stand up.”

Fulton’s son, Trayvon, was killed just a few weeks after he turned 17. Every year on his birthday, Fulton and his family celebrate his life, with a peace rally and walk, rather than on the day he was taken from them.

Those who attend are asked to wear a T-shirt bearing the teenager’s face.

In his essay, Fulton writes that “Trayvon was the living representation of the love that came before him, across all the generations of our family, and he died before he was old enough to vote.”

“The person who shot and killed him is free. Within the pain, I have found purpose. I have learned and experienced a great many things about life, love, and loss. More importantly, I have learned the power of my own voice,” she says.

Ten years later, she says she is still navigating how to handle that part of her life without her son, after her world was “spun off its axis”, as her partner told her that “Trayvon’s gone”.

“For a while, my heart was truly racked with guilt. I was mad at the world. My heart was torn in a way that there are no words to describe. I had so many questions, some of which remain unanswered to this very day,” she says.

“I blamed myself and nearly everyone involved. I constantly reexamined everything that took place before that day as if I had the power to change a single thing that would return to my son the life that had been taken from him.”