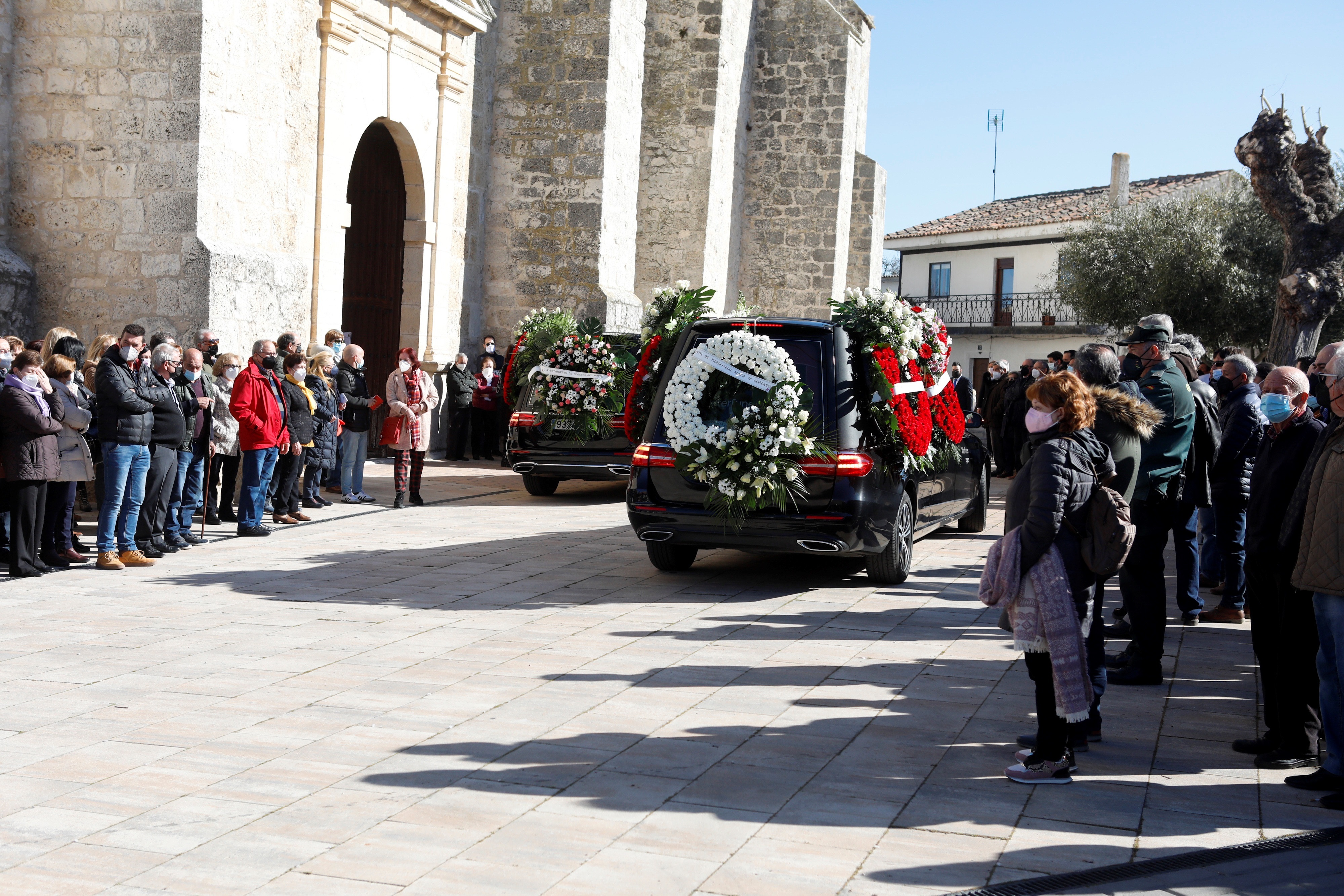 It is 11:58 when the bells of the Traspinedo church crack for the first time. They won’t stop ringing all morning. The sound sneaks into a silent crowd that only emits some sobbing or pats on the back between disconsolate people who hug each other. At 12.04 a first van brings flowers. At 12:21 p.m. the hearse and relatives arrive. The parish priests pray before the coffin of Esther López, who enters the church of her town on her shoulders. Soon dozens of relatives and neighbors of the 35-year-old woman parade, whose body was found this Saturday after 25 days of searching. At 1:30 p.m. the funeral procession begins to leave the cemetery. Behind him is the last enigma once her body is found: what ended her life.

The drifts of the case have provoked multiple theories whose lack of certainties confuse the locality. The first investigations pointed to three men, one of whom was arrested for six days and his house and car were analyzed to the millimeter. The other two, friends of López, have been investigated without clarifying her possible involvement in the disappearance of the woman on January 12, a night in which both were with her. The searches of the Civil Guard, combing the Duero river and the pine forests with dogs and drones, and the popular raids did not work. It was a walker who last Saturday found a body in a ditch next to the road that leads to Traspinedo, about 800 meters from where she was last seen by her friends.

This Monday morning a team from the Civil Guard cut that route again and simulated the route and the tracks that a vehicle could have left in the event that López had been run over. The hypothesis of a possible deadly hit has gained strength after the discovery of the body, which was located in a point that had not been trodden, but through which the neighbors assure that they travel daily. In fact, the investigation maintained that the body, which according to the first conclusions of the autopsy shows a violent death, was placed there on Saturday night. The internal bruises observed in Esther López, clarify sources of the case, do not necessarily imply homicide or murder but may be compatible with a strong impact such as that of a hit-and-run.

The cabals of what happened, with the summary secret decreed by the judge, fill the inhabitants of Traspinedo with doubts, sunk after the death of their neighbor. “I wish it would be known soon how it has been and the town and the family can rest,” says a woman who prefers anonymity and who does not believe that the body could have been in that ditch for 25 days: “It is a road used by many people , buses or tractors”. The sorrow shown on her face was seen in many other people who have come to the church of San Martín to try to give their warmth to a frozen family, according to those who know them, since the event. The most emotional scenes have come inside the temple, during the funeral, when a cousin with whom López maintained an intense friendship has read a letter in which she explained the experiences together and the ones she hoped to spend with her if her future had not been cut short.

All Traspinedo’s eyes, while the analyzes continue to study clues that resolve the facts, are focused on the gutter where the body was found. The ditch next to the asphalt has been cleared by the agents and the grass and reeds uprooted leave the place free, next to a traffic signal, where the body was found. Some bouquets in honor of López reflect the affection shown towards her, accompanied by a drawing with a text: “I am not your sister-in-law, I am the girl who loves you”. A participant in the raids who has gone to the ditch assures that the tractors that abound in the area, elevated and with their windows open, should have seen a body that was not fully hidden by the vegetation. “It is an area with many foxes, crows and picarazas, the animals would have been seen on the girl”, affirms this person, who knows the family through their relationship with the nearby municipality of Peñafiel. In the gutter there are only clearings, a withered white rose and many doubts.