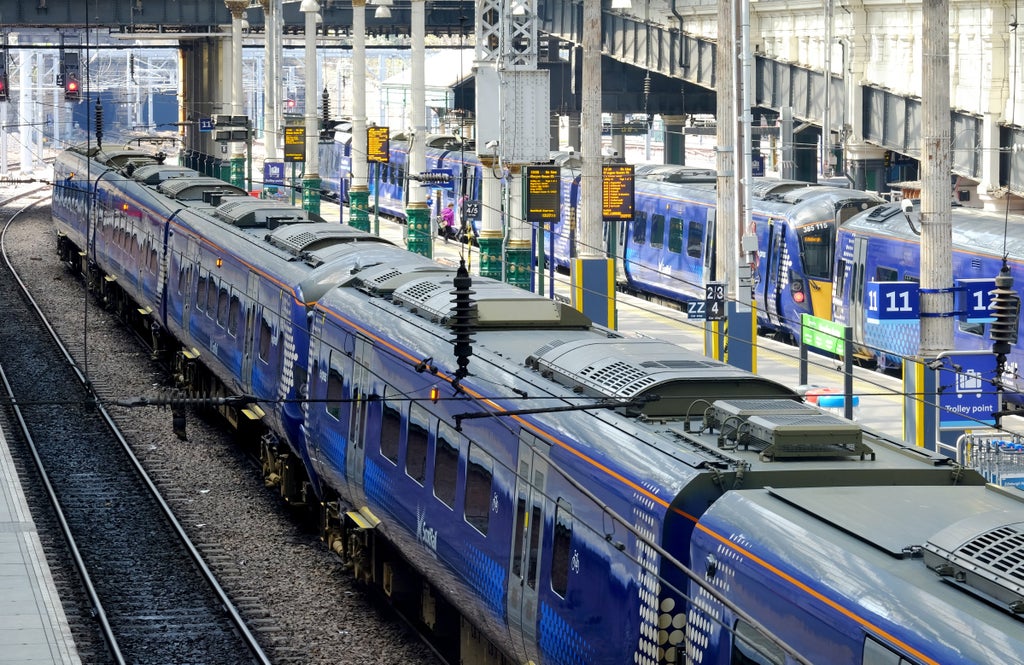 Transport workers will lead an environmental protest that has accused the Scottish government of a “betrayal” of its Cop26 climate ambitions with cuts to public services.

Rail and energy ferry workers will demonstrate in response to skyrocketing train ticket prices, with the cost of traveling by public transportation rising more than car travel, and cutbacks in infrastructure, such as The ticket office.

Protesters will march from Edinburgh’s Waverley railway station to Bute House, the Prime Minister’s official residence, from 11am on Monday, according to the RMT union which has planned the rally.

The union says Nicola Sturgeon’s government is abandoning promises to tackle the climate emergency by cutting services and privatising, including with ScotWind contracts going to fossil fuel companies including Shell and BP.

RMT General Secretary Mick Lynch said: “Cop26 started just three months ago, but the lofty rhetoric on fighting climate change seems like a distant memory as we witness a betrayal of the ambitions of the SNP and the Government. Green to move towards a greener Scotland.

“Instead of curbing climate change, the government is cutting rail services and ticket offices, threatening to privatize our vital ferry services, and doing too little to protect the livelihoods of vital service and energy workers. that they provide

“As the country approaches local government elections in May, this protest will be the start of a concerted campaign to persuade politicians to protect these services and jobs that are so vital to our local communities.”

Rail fares in Scotland rose by nearly 4% last week. and former transport minister Graeme Dey has admitted the increase is unwelcome but insisted it is necessary due to the impact of the pandemic.

Since January 24, the regulated tariffs both in peak hours and in off-peak hours increased by 3.8%, an increase determined by the level of the Retail Price Index (IPC).

While the cost of off-peak tickets has risen a smaller amount in previous years, the latest increase applies to all services.

A Transport Scotland spokeswoman said: “We know we need to take bold action to tackle the climate emergency and have recently published our roadmap to achieve a 20% reduction in car kilometers by 2030, a global target that makes make the scale of our ambition clear.

“In addition, the recommendations of the Strategic Transportation Projects Review (STPR2) put a clear focus on decarbonizing the rest of the rail network and the maintenance, improvement and safe operation of our existing assets.

“Both the Scottish Government and its partners are committed to providing our islands and remote rural communities with the services they need to achieve sustainability and economic growth.

“We have announced a £580 million port and ship investment to support and improve ferry services over the next five years. Our continued support during the pandemic has seen a record investment of £4.85 billion to maintain and improve Scotland’s railways, with around £1 billion through the ScotRail and Caledonian Sleeper Emergency Measures Agreements.

“We know that much work remains to be done to encourage people to return to public transport if we are to achieve our net-zero emissions goals.

“Our ongoing review of fair fares is looking at the range of discounts and concession schemes available in public transport and informing the development of a sustainable and integrated approach to future fares.”