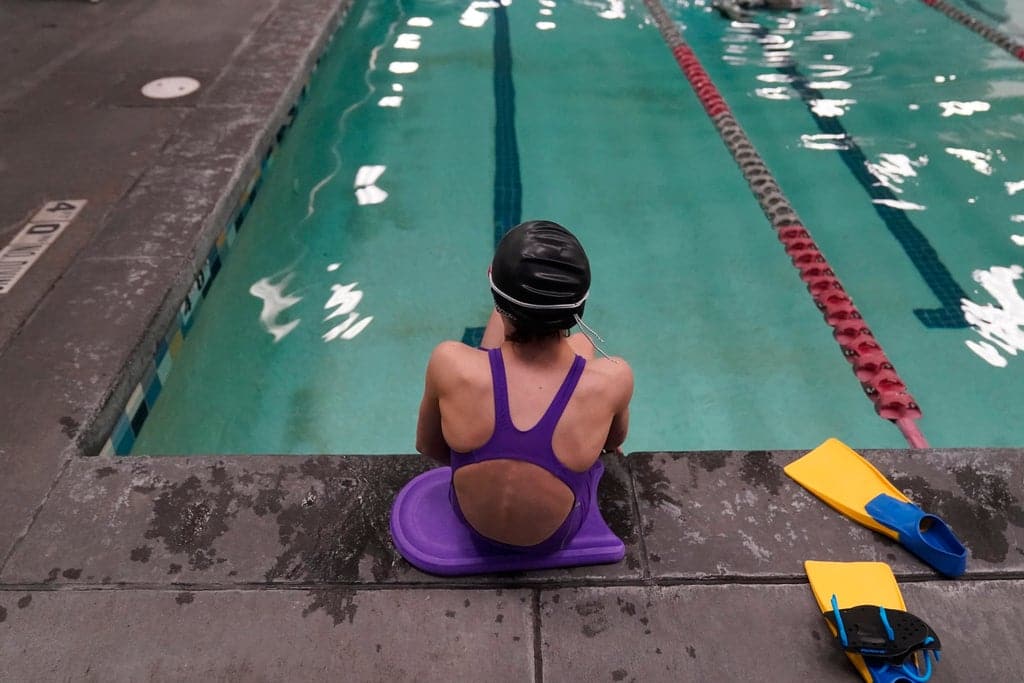 Utah’s Republican lawmakers were preparing for a Friday push to override Gov. Spencer Cox’s veto of legislation banning transgender youth athletes from playing on girls teams, a move that comes amid a brewing nationwide culture war over transgender issues.

Cox was the second GOP governor this week to overrule state lawmakers on a sports-participation ban, and his veto letter drew national attention with a poignant argument that such laws target vulnerable kids who already have high rates of suicide attempts. But 11 states have enacted similar bans, and they are a key topic for the party’s vocal conservative base.

In Utah, there are also fears that the law’s passage could scuttle the NBA All-Star game set for February 2023 in Salt Lake City. The owner of the Utah Jazz, tech entrepreneur Ryan Smith, tweeted: “The bill rushed, flawed and won’t hold up over time. I’m hopeful we can find a better way.”

The team is also partially owned by NBA all-star Dwyane Wade, who has a transgender daughter. NBA spokesman Mike Bass has said the league is “working closely” with the Jazz on the matter.

Leaders in the deeply conservative Legislature, though, say they need to pass the law to protect women’s sports. As cultural shifts raise LGBTQ visibility, the lawmakers argue that transgender athletes can have a physical advantage and could eventually dominate the field and change the nature of women’s sports.

Utah has only one transgender girl playing in K-12 sports who would be affected by the ban. There have been no allegations of any of the four transgender youth athletes in Utah having a competitive advantage.

A majority of the residents — and lawmakers — are members of The Church of Jesus Christ of Latter-day Saints in what has historically been among the nation’s most conservative states. But an influx of new residents and technology companies coupled with the growing influence of the tourism industry often sets the stage for heated debate over social issues.

Friday’s deliberations come after more than a year of debate and negotiation between social conservatives and LGBTQ advocates over how to regulate transgender participation in school sports. A year ago, lawmakers scuttled a proposed ban amid concerns about lawsuits and pushback from Cox, who indicated he would veto the legislation if it landed on his desk.

The issue resurfaced when lawmakers reconvened earlier this year. Its primary sponsor, Republican Rep. Kera Birkeland, worked with Cox and civil rights activists at Equality Utah before introducing legislation that would require transgender student-athletes to go before a government-appointed commission, which would evaluate whether their participation would distort level playing fields .

The proposal, although framed as a compromise, failed to gain traction among LGBTQ advocates or social conservatives. LGBTQ advocates took issue not only with Republican politicians appointing commission members, but also the evaluation criteria, which included body measurements such as hip-to-knee ratio.

Republican lawmakers said only an outright ban could preserve fairness and safety in women’s sports. In the final hours before the Legislature was set to adjourn earlier this month, they amended the commission proposal to include a ban on transgender athletes in girls leagues.

While the measure didn’t originally pass with veto-proof majorities, its supporters said earlier this week they have since swayed enough Republican lawmakers to ensure an override during a primary season where many moderate lawmakers are facing challenges from the right.

See also  What time election polls close today, and how to find out where to vote

Lawmakers anticipate that court challenges could delay their proposal’s implementation, similar to bans that have been enjoined in Idaho and West Virginia. Utah’s policy would revert to the commission if courts block a ban and rule that violates civil rights and equal protection.

The looming threat of a lawsuit worries school districts and the Utah High School Athletic Association, which has said it lacks the funds to defend the policy in court. On Friday, lawmakers are expected to discuss amending the bill and directing the state to underwrite potential lawsuits. A draft bill released on Thursday would allocate taxpayer dollars toward legal fees and potential damages.