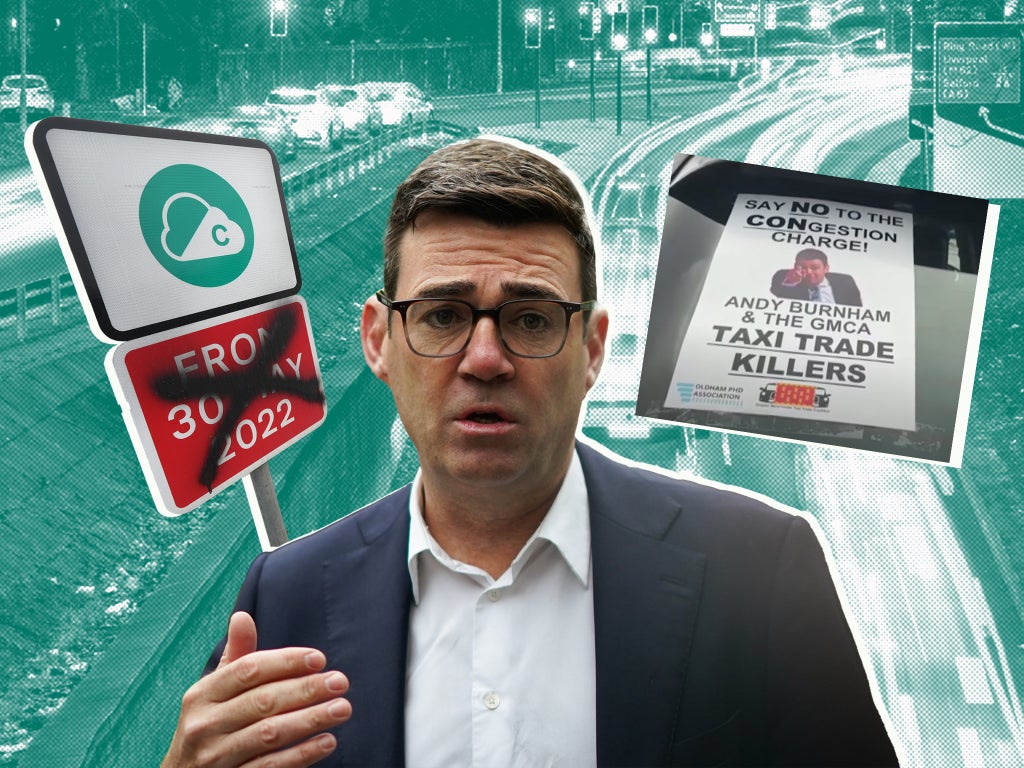 For Sam Nickson, the change could be nothing short of ruinous.

When Europe’s biggest clean air zone is introduced across almost 500 square miles of Greater Manchester in May, the new charges levied on certain vehicles will, within 12 months, cost his family’s coach firm an estimated £432,000 a year.

“That’s a third of our annual turnover,” the 36-year-old says today. “It’s eye-watering. We’ll have two choices: make staff redundant and charge customers more or go out of business. There’s no third way. You work hard for years and then this. It’s a scandal.”

The air in Greater Manchester has long been toxic. But so, increasingly, is the debate about the proposed solution.

Supporters of the sprawling new clean air zone – or CAZ – say action on illegally high nitrogen dioxide levels cannot be delayed any longer: figures show that pollutants kill 1,200 people every year while also adding to the climate crisis. But others – like Nickson – are furious that the scheme’s clumsy implementation is now putting thousands of businesses and many more livelihoods at risk.

And, in the middle of it all, is Andy Burnham, the Labor Mayor of Greater Manchester who suddenly finds himself facing perhaps the hardest political conundrum of his career: how to reconcile the need for air that is not literally poisoning people with the hard- bitten economic reality of tens of thousands of residents.

Pertinently, perhaps, this is not a debate that will be unique to this area. With similar, if smaller, zones planned for cities including Bristol, Newcastle, Sheffield and Bradford in 2022, what happens next in Greater Manchester could influence clean air policies across the country for years.

As things are, the new CAZ here will see the most polluting vehicles – essentially buses, lorries and some private hire cabs – charged up to £60 a day to drive within the expanse of the city region from 30 May. Taxis, coaches and mini-buses will then be charged from June 2023.

To ease the transition, two key components have been added into the scheme.

One: private vehicle owners will not be charged. This will be a tax solely levied on businesses and sole traders. And two: a government fund of £120m has been set up to help those affected transition to greener vehicles.

But, as the implementation date approaches, there are growing fears that this fund goes nowhere near far enough to truly support already-struggling companies and traders meet the vertiginous new costs.

By way of example, Nickson’s firm – called Carsville Coaches and founded by his father in 1981 – is permitted to apply for £80,000 worth of grants. The cost of replacing its 22 vehicles, however, would be roughly £4m. Even retro-fitting them with greener exhausts would cost around £450,000, although he refuses to do that anyway because of potential safety concerns.

His company – which is based in Stockport and employs 25 people – is currently contracted to run several school routes. “Real poor areas,” he says. “I’ve already got families owing me thousands of pounds [in unpaid fares]. Now, what do I do? I have to make their journeys more expensive. So, this whole thing, the cost gets passed to the people who can least afford it.”

Nickson is far from the only person furious about this.

In the first three weeks of the year, there have already been protests against the plans in Rochdale, Bury, Stockport and Bolton. Taxi drivers, hauliers, bus companies and white van drivers – everything from plumbers to tilers to plasterers – all say they face economic decimation. On his weekly Radio Manchester phone-ins this month, Burnham has faced a constant stream of criticism. The new charges, one bricklayer told the mayor, would “crucify” him.

“There’s been an eruption of anger because anyone in their right mind can see this will make Greater Manchester a basket case to do business in,” says Robert Downes, development manager with the Federation of Small Businesses. “But it’s not just businesses that should be worried. This will feed through to everyone in the city, from the price of food on supermarket shelves to the price of a pint of beer. Bus prices will have to go up. And what does that do? Encourages more people to get in their cars. It doesn’t make sense.”

He is, he says, being inundated with calls from business owners close to tears. Sole-trading white van drivers are especially concerned: those without compliant vehicles will face a hit of £3,700 a year if they are on the road five days a week. “These people are the backbone of our region and they are being hung out to dry,” says Downes.

One Bolton councillor, Nadim Muslim, a Conservative who sits on the Greater Manchester Air Quality Administration Committee, says the political implications could be profound. “Andy Burnham has gone from king in the north to the most unpopular person in Greater Manchester,” he reckons.

So potent, indeed, is this anger that the Greater Manchester Combined Authority – the authority led by Burnham – has now written to government effectively asking if more financial support can be offered to those affected. Burnham himself met with environment secretary George Eustice on Wednesday to push the point. In the past three days, there is just the slightest suggestion emerging that the scheme could be paused.

Yet this too would cause no little anger. why? Because, ultimately, there is both significant support for the CAZ and – perhaps more to the point – a legal obligation to bring down nitrogen dioxide levels by 2024.

“Things should have been done differently,” says Rob Nunney, one of six Green Party councilors across Greater Manchester’s 10 councils. “People should have been brought along with us and there should have been greater awareness about what was happening far earlier in the process. But this cannot be kicked into the long grass anymore. People are dying in Manchester because of the air. Children are being diagnosed with asthma. We have already let this go on too long.”

Campaigners say that it is the poorest that hurts most while the issue remains unsolved. It is those on lower incomes that “suffer disproportionately from the impacts of toxic air”, according to Katie Nield, a lawyer with environmental charity ClientEarth.

Is there a compromise to be reached anywhere?

The FSB suggests plans be paused and new post-pandemic readings be taken of nitrogen dioxide levels – but environmentalists point out that the scheme is already four years in the working and that such delays tend to be a first step towards spiking.

Others call for the scheme to be reduced in its sheer size and focus instead on individual roads where pollution levels are especially high. But the counter argument is that drivers would merely avoid such areas and pollution would build up in other neighborhoods instead.

In Leeds, there are plans to reduce nitrogen dioxide levels by reducing traffic speeds and tackling pinch-points. But many say this will ultimately prove to be only a sticking plaster rather than a solution.

In short, if there are compromises, Burnham has his work cut out trying to find them – and time is running out.

For now, the toxicity of both the air and the debate looks set to get worse before it gets better.