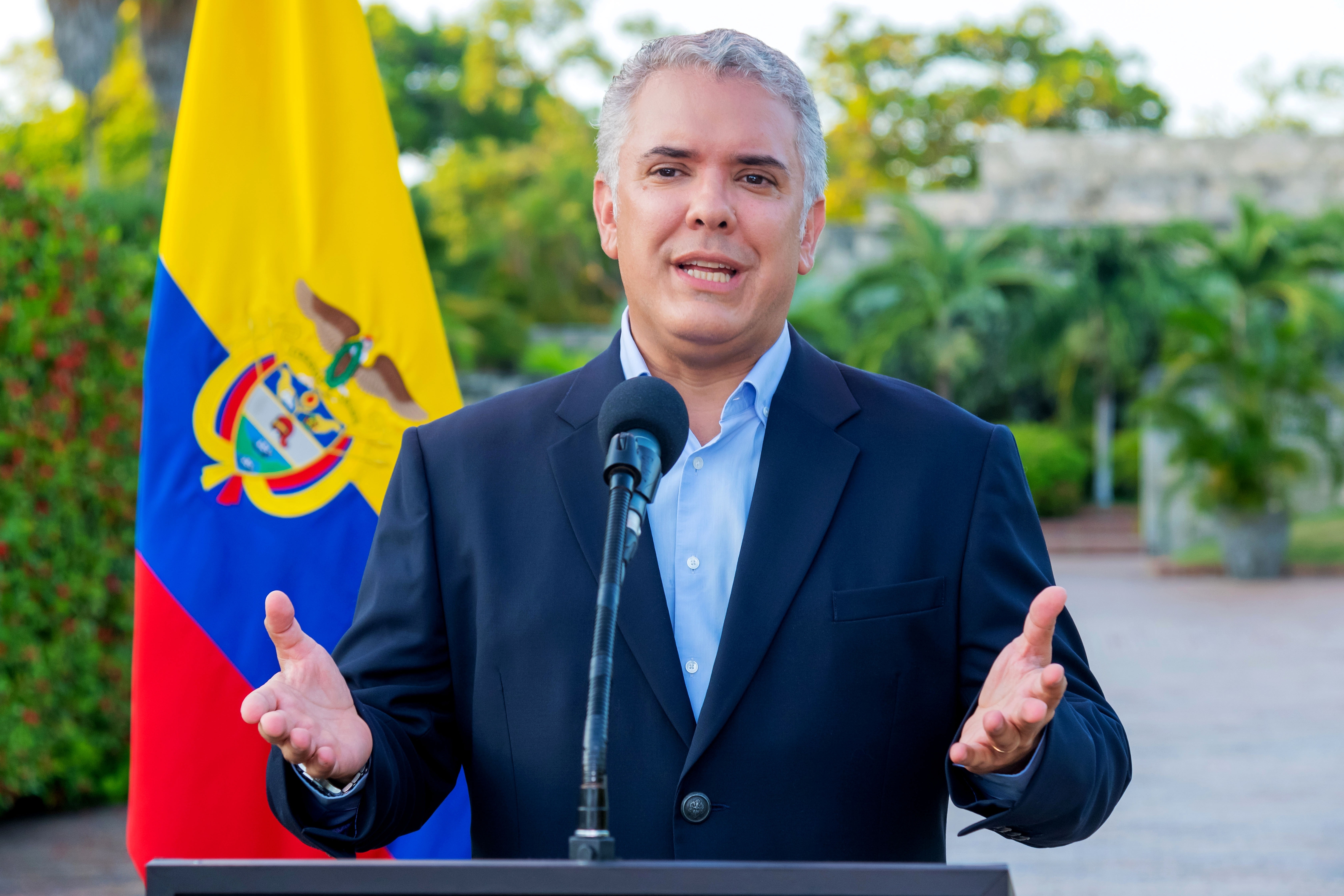 More than twenty firm candidates for the presidency of Colombia are counted today. Such variety will give the casual viewer an impression of a chicken coop: many voices and little clarity. But behind this chaotic and fragmentary surface there is a certain order in the vote, something similar to a structure that allows us to intuit what are the parameters in which the next Colombian election will take place.

The basic template to understand this order is in the first round of the 2018 presidential elections. Then three candidates stood out above the others, all of them with clearly defined ideologies: Iván Duque on the right, Gustavo Petro on the left, and Sergio Fajardo through the center. The first would end up beating the second in the final round, but the third was less than 300,000 votes from going to the round. The rest of the candidates (the classic center-left of Humberto de la Calle and the traditional center-right of Germán Vargas Lleras) remained at a notable distance from these three, who drew the three currents that dominate the debates both in the media and in the family gatherings.

The clearest proof of the substance of this triple division is that the electoral offer has been adapted to it: the vast majority of candidates are or are about to reach one of three inter-party consultations that will decide final candidates by popular vote next March . And they correspond perfectly with each of the aforementioned ideological drawers.

There are, yes, crucial differences within each when it comes to the clarity of the bets. On the left of the Historical Pact, Gustavo Petro is the almost certain winner. He is actually the only more or less clear candidate for the presidency, and that is why he leads the polls that today dare to ask about voting intention in the first round. A useless demonstration exercise while the candidatures have yet to be confirmed: it is not that Petro is the best positioned, it is that he is the only one who is already in the position. It is, by pure logic and a matter of time, the rival to beat, having shown that it is capable of touching 25% in the first round and 42% in the second.

As one moves to the right, who is going to stand up to Petro gradually becomes less clear. Sergio Fajardo maintains a certain dominance in the center, but it is not anywhere near as sharp as Petro’s on the left. His ultimate inability to reach the second round, coupled with the doubts they hover about the legal viability of his candidacy, will likely penalize him. Equally important will be the fact that it has at least two rivals with faces and eyes within the platform of Hope: Juan Manuel Galán, refounder along with his brothers of the centrist-reformist New Liberalism and self-defined around an anti-corruption vector that in the eighties headed his father before being assassinated; and Alejandro Gaviria, former minister and intellectual of reference for the liberal Bogota elite. But none of them have yet demonstrated their ability to compete in the presidential arena, as Fajardo has, which probably helps him maintain his advantage and greater awareness among the electorate beyond the upper socioeconomic strata of the big cities.

On the right, the panorama is even less clear, to the point that the list of those who will compete inside and outside the consultation is not even closed. Óscar Iván Zuluaga, presidential candidate in 2014 who went to the second round but fell short against Juan Manuel Santos in what was considered an election centered on the then ongoing peace process, has not yet confirmed whether he will go to this consultation or for his side. Zuluaga has the support of the Democratic Center, a party founded by former President Álvaro Uribe and of which President Duque is a member. It is tempting for his rivals to give CD and Uribismo an electoral power that perhaps no longer enjoys according to the numbers: it is true that Duque went to the second round with an impressive 39%, but his image has worn considerably during his tenure And his approval rating is nowhere near that number according to the latest data from Invamer’s regular survey. At the same time, we must not forget that Duque was chosen by the CD as the most focused and innovative candidate of those available: despite what we can assess of his subsequent mandate, that was where he was in 2018 and how he presented himself to the voters, and it was with that that he achieved the aforementioned 39%. Uribe’s own approval barely reaches 38% according to the aforementioned Invamer poll. Additionally, the 2018-19 Americas Barometer included an ingenious question for Colombians: who would surely or probably vote for an Uribe candidate in elections at various levels (mayor, legislature, governor). The percentage of those who would surely vote for this type of candidate was always around 10%; that of likely voters, 25-28%. Again that 35% -38% as the electoral ceiling of the clear right in a first round.

In fact, the ideological distribution of Colombia has gradually shifted to the left. If in 2004 there were more than 20% self-defined as extreme right, in 2019 they did not reach 15%. The decline occurs in all categories beyond the center to add to all those on the left more clearly.

Petro has benefited from this gradual change and wants to continue to benefit, while the reduction in the conservative electoral flow helps to understand the lack of clarity and the struggles that are taking place on the right, even within the CD, which has suffered important tensions between a The ruling party wing and another more extreme-rebellious one during 2021. Meanwhile, the corresponding coalition maintains a notable uncertainty even among its most visible candidates, made up of a triad of former mayors: ordered roughly from more to less identified with conservative positions, they are that of Medellín Federico ‘Fico’ Gutiérrez; the one from Barranquilla, Alejandro Char; and the one from Bogotá, Enrique Peñalosa. The risk of fragmentation of this vote will remain well into the pre-campaign, but in part this already happened in 2018, when Iván Duque was a hardly visible candidate for public opinion according to the polls themselves until the beginning of the year.

So for now we can only know this underlying order, to which we must add the candidate outsider de rigueur in these times: Rodolfo Hernández, yet another former mayor who appears on his own and without a platform in the hope that his populist, aggressive discourse, articulated around ideas of order and against corruption, will catch on.

This structure does not mark the result, it only determines flexible rules for the competition that is just beginning. The candidates would do as badly to ignore this starting situation as to assume in it an inevitable prediction about what is going to happen: the margins for maneuver are wide enough so that any of the competing blocs can finish first in the race of the the next year.