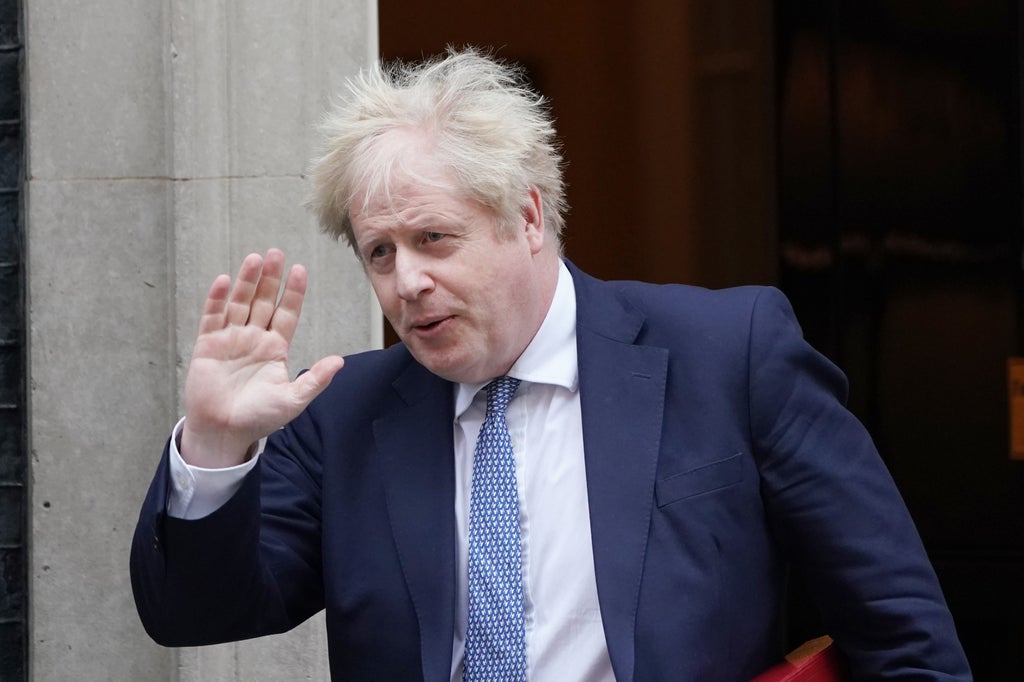 Conservative Party rebels fear a confidence vote in Boris Johnson could be triggered “accidentally” as anger over Partygate builds, coming too quickly to oust the prime minister and leaving him in power for another 12 months.

Several Tory MPs opposed to Mr Johnson told The Independent they were worried that he would still have enough support to win a vote of confidence if the number of no-confidence letters sent to the 1922 Committee chair Sir Graham Brady reached the threshold of 54 in the days ahead.

Some backbenchers are urging colleagues to be “patient” with letters, and to wait until the Metropolitan Police investigation concludes and the full Sue Gray report is revealed – predicting that to be the moment at which many wavering MPs will turn against him.

It comes as Mr Johnson attempted to convince doubtful MPs that a major shake-up would “strengthen” operations at No 10, as he announced the appointments of Cabinet Office minister Steve Barclay as his new chief of staff and former City Hall spin doctor Guto Harri as new director of communications.

Culture secretary Nadine Dorries said only a “handful” of anti-Brexit Tories were plotting against Mr Johnson, claiming on Saturday that “around 97 per cent” of MPs were still behind the PM.

But senior backbencher Stephen Hammond dismissed Ms Dorries’ claims as “predictable rubbish”, and suggested that a large number of MPs from all sides of the party were considering submitting letters of no confidence.

Asked whether it was now “the beginning of the end” for Mr Johnson, the former minister and Remain campaigner said: “It certainly looks like that at the moment.”

Tory party rules mean that a majority of the party’s MPs – 180 of them – would have to vote against Mr Johnson in a confidence challenge in order to spark a contest to find his replacement. If the prime minister survives, he is protected from facing another vote for a year.

One senior Tory figure opposed to Mr Johnson’s continued leadership told The Independent: “A quick reaching of 54 letters might allow him to survive the no-confidence vote. But the longer it goes on, the number of people against him will grow.”

One backbench MP, who is ready to submit a letter once the Gray report is released, said: “Some have obviously lost their patience and are doing it now. But without seeing Sue Gray’s full conclusions I don’t think you get to 180 MPs – he would almost certainly win. It would be better to be patient.”

Another Tory backbencher said they thought it would be better to wait for the updated report before sending a letter to the 1922 Committee chair – saying more MPs would “go for it” when the full details of Partygate were revealed.

Tories now keen to see an end to Mr Johnson’s premiership include some red wall MPs from the 2019 intake, some former ministers, the One Nation caucus of MPs opposed to Brexit, and some Brexiteers who have lost faith in his leadership.

Conservative MPs from across the spectrum told The Independent that there was no clear plan to get rid of Mr Johnson, and that the submission of no-confidence letters was not being coordinated.

“There’s a possibility of reaching 54 accidentally because there’s no organizing between factions at the moment,” said a senior backbencher.

Nick Gibb and Aaron Bell are the latest Tory MPs to reveal they have submitted no-confidence letters, among 14 who have explicitly called for Mr Johnson to quit.

Mr Hammond said on Radio 4’s The Week at Westminster that he was thinking “very carefully” about joining the letter-writers, adding: “I think all Conservative colleagues … will be wrestling with their conscience this weekend.”

The former transport minister said that many wavering MPs would make their minds up based on what Mr Johnson had “explained so far” on No 10 parties, as well as “looking at knowledge of his personality”. But Mr Hammond also said that a no-confidence vote should not be “rushed”.

However, some Tory rebels are keen for colleagues angry about Partygate to make up their minds on Mr Johnson’s leadership and submit letters as soon as possible.

Scotland Yard has pledged to carry out its investigation into parties “promptly”, but there are fears it could still take months before the investigation is announced and that momentum against Mr Johnson could slow.

Veteran backbencher Sir Roger Gale, who declared in December that he had submitted his no-confidence letter, told The Independent: “We need to get on with it. We can’t control the timing of Sue Gray or the police, and we can’t go on like this. So we have to deal with it now.”

Some opposed to Mr Johnson are steeling themselves for the strong possibility that he will win a confidence vote if one is held soon, but still think the process would be worthwhile.

If anything close to 180 MPs were to vote against his leadership, it would leave Mr Johnson badly damaged, and it would be far more likely that he would be urged to quit by his cabinet colleagues.

“It’s just a matter of time – different ships move at different speeds,” one former cabinet minister told The Independent in regard to the end of Mr Johnson’s time at No 10.

Mr Johnson’s cabinet appears to have descended into squabbling over the question of loyalty to the prime minister after both the chancellor, Rishi Sunak, and the health secretary, Sajid Javid, distanced themselves from his Savile slur against Sir Keir Starmer.

One cabinet member thinks Mr Johnson should sack Mr Sunak, according to The Timesand two other ministers are said to have accused the chancellor of being “on manoeuvres” for the leadership.

Mr Sunak’s team is understood to have built a draft version of a leadership campaign website, as The Independent reported last week. But there is no indication that he is ready to move against Mr Johnson.

The prime minister has attempted to placate angry Tory backbenchers with a shake-up at Downing Street along with a promise to give them a greater role in policy-making with a “direct line” to No 10.

But Tory rebels do not think the moves will convince many wavering MPs. “No 10 appears to be in meltdown,” said Sir Roger. “It may be presented as a shake-up. If replacements had been announced in an orderly fashion it might have been convincing. But it wasn’t orderly. It was a shamble.”