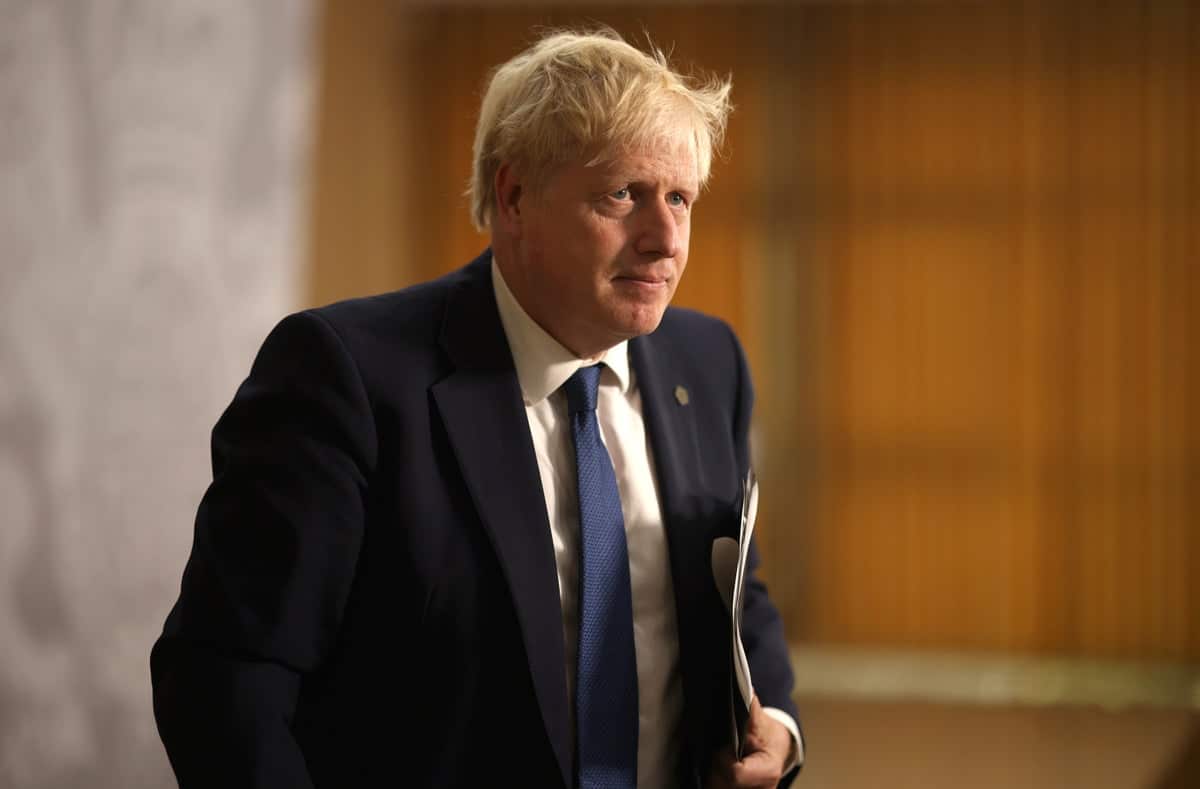 Downing Street has warned Tory MPs that they will be “putting a gun to the head” of every future Conservative prime minister if they change leadership rules in a bid to remove Boris Johnson.

The warning came as the prime minister’s supporters attempted to see off efforts by rebel MPs to bring forward the date of a possible second vote of no confidence in Mr Johnson.

One cabinet minister awning The Independent that the PM’s critics should bear in mind that the electoral landscape would be very different by the likely date of the next general election in 2024, with economic issues rather than Partygate at the forefront of voters’ minds.

In the wake of humiliating results in last week’s by-elections in Wakefield and Tiverton and Honiton, Mr Johnson’s backbench critics are actively seeking new methods to topple him after he narrowly survived a confidence vote by a margin of 211-148.

While some are lobbying ministers and party grandees to take a message to the prime minister that he must go or face high-level resignations, others are understood to be preparing an anti-Johnson slate to stand in elections next month to the executive of the backbench 1922 Committee.

The executive has the power to scrap a rule that gives the prime minister 12 months’ grace after a confidence vote before MPs can again vote on his future.

But a source close to the prime minister today warned that they should think twice before taking that step because of the danger it would inhibit future leaders of the party from taking difficult but necessary decisions.

“If the rules were changed, every leader forever more would have a gun to their head,” the source said.

“They would never be able to get on with anything because they would be constantly beholden to the whims of MPs.”

As the operation to counter rebel plotting picked up pace, a cabinet minister said MPs should not make the mistake of believing that Mr Johnson’s current unpopularity would condemn them to defeat when Britain goes to the polls in two years’ time.

Voters’ decisions were more likely to be driven by whether they thought the government had helped them through the cost of living crisis and made meaningful progress on its pledge to level up the country than on the events of the Covid pandemic, he said.

Asked whether Tories had time to “detoxify” Mr Johnson’s brand in time for the general election, the minister said: “Politics is very fast-moving nowadays. The result in 2024 won’t be determined by what happened in 2021.

“I’m not saying that voters will have forgotten about Partygate, but the questions they will be asking in 2024 will be about how the economy is doing, how their own prospects look, whether the place where they live is improving, not about what happened a few years before.

“That is where our focus has to be, rather than on trying to change the way they think about the PM.”

The minister conceded that “levelling up” disadvantaged areas of the UK was a long-term project that could not be completed within the timescale of a single election.

See also  "It was an attack on territorial integrity"

But he insisted that it would be possible for the government to make significant enough progress by 2024 to convince voters that Mr Johnson was leading the country towards that goal.

“Levelling up is a long-term process and we won’t have turned around every part of the country by the time of the election, but it is a matter of ensuring that voters can see evidence of a direction of travel,” he said .

Mr Johnson said he was “keen to get back” to the UK after a nine-day trip that he has taken in summits of the Commonwealth, G7 and Nato in Rwanda, Germany and Spain – and seen him battered by by-election voters in the UK.

He three times refused to discuss the possibility of an early election, following reports that Downing Street had wargamed the idea of ​​declaring a snap poll if Sir Keir Starmer was forced to give up the Labor leadership by a fine Durham police for breaching Covid restrictions.

“The idea hadn’t occurred to me,” he insisted.

But sources close to the PM later poured cold water on the idea, telling reporters: “The PM won an 80-seat majority. People want us to use it to get s*** done, rather than hold another vote.”