Skip to content
Home News Tory MPs are asking themselves, ‘What would a Rishi Sunak government be like?’ 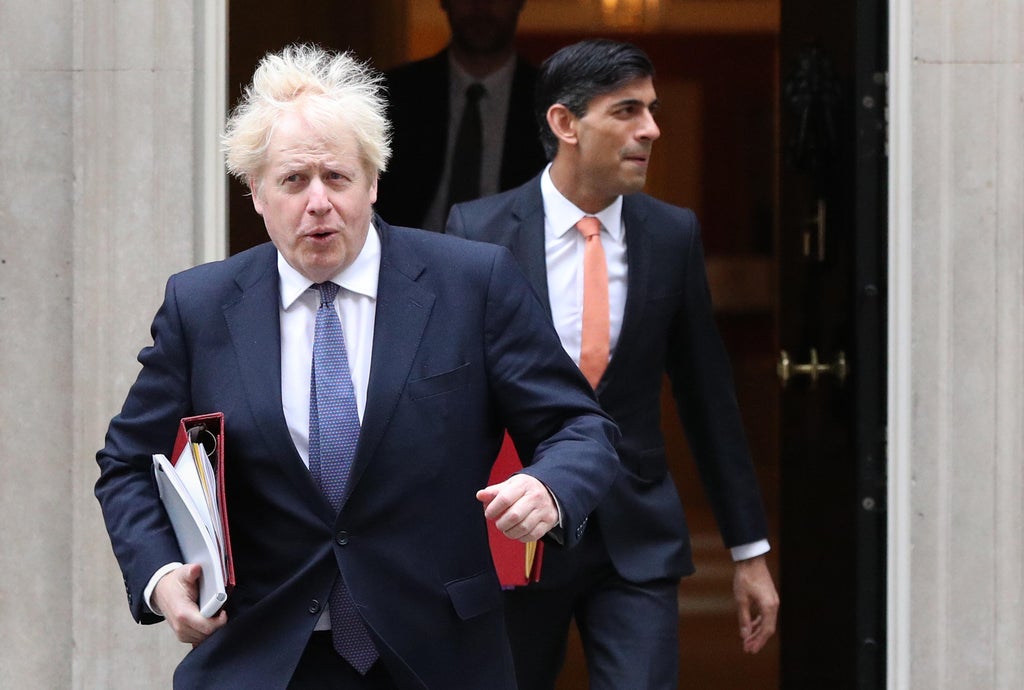 We are at the last-moment doubts stage of the defenestration of Boris Johnson. Conservative MPs have decided that the prime minister must go. What is holding them back is not knowing what will happen next. They think Rishi Sunak would win the leadership election, but they cannot be sure. And they worry that a Sunak government would soon find itself in almost as much trouble as the present one.

The uncertainty about the next stages can be measured by today’s edition of the Daily Mail, which is still an indicator of core Tory opinion even though the glory days of print journalism are behind it. Today the newspaper carries extracts from Michael Ashcroft’s book about Carrie Johnson, portraying the prime minister as being under the spell of his wife de ella, and blaming her for “No 10 chaos”. While the same edition carries a leading article backing Boris Johnson and arguing that ditching him for Sunak would let Keir Starmer in.

The editorial serves as a useful checklist of the arguments for keeping Johnson, as MPs consider their options in another lull in between the storms. “He is a serial winner,” the Email declare. “In his short time as Tory leader” – a nice touch that; if he goes now, Gordon Brown and Theresa May would both have lasted longer in No 10 – “he has saved Britain from Corbynism, delivered Brexit, presided over a world-leading Covid vaccination program and led Britain out of lockdown.”

Time to thank him and move on, then. The only argument that does give Tory MPs pause is the next one: “Who else in the cabinet has the star quality, vision and campaigning brilliance to ward off Sir Keir’s socialist peril?” But every time they begin to doubt the answer to this question, Johnson does something else to confirm that the answer is indeed: “Sunak.” The chancellor lacks the popular touch, and this year’s drop in living standards is an exquisitely uncomfortable moment for him, but I think most Tory MPs now know that Johnson isn’t going to get the old magic back. If the threat posed by Starmer is competence and integrity, then keeping Johnson isn’t the answer.

See also  The Batman: Release date, cast, age rating, trailer and the areas of Scotland where The Batman was filmed

That is why Conservative MPs were this week discussing two questions about what happens next. One is who would be the other candidate put to party members in the final stage of the leadership ballot.

Since William Hague introduced the current electoral system, it has thrown up some unexpected results as the MPs vote to whittle the shortlist down to two. In 2001, Michael Portillo failed by one vote to stay ahead of Iain Duncan Smith, who won the right to take on Kenneth Clarke in the members’ vote. In 2016, Andrea Leadsom withdrew after coming second to Theresa May, depriving the members of a vote – which should really have gone ahead with Michael Gove, the third-placed candidate. And in 2019, Jeremy Hunt secured second place by a margin of two votes in the fifth ballot, having trailed Gove by two votes in the fourth.

Although Liz Truss, the foreign secretary, is likely to be Sunak’s opponent, positioning herself as the low-tax, anti-lockdown alternative, a good speech at the right moment from Penny Mordaunt, the international trade minister currently out of the cabinet, might upset assumptions. Or a candidate from the other side of the party might take second place. Although the punk Thatcherites and Covid-restrictions rebels make more noise, there is always a silent majority of One Nation conventional loyalists among Tory MPs. Most of them will gravitate to Sunak, but Jeremy Hunt, Michael Gove, Sajid Javid or Ben Wallace might do unexpectedly well. Wallace, the defense secretary, came top of the Conservative Home poll of party members in its net satisfaction ratings last month.

It is worth running through these options just to emphasize how uncertain the next stages are, although it is also useful to confirm that Sunak is most likely to be one of the final two, and to win the vote among grassroots members. the only poll of Tory members so far to ask about a run-off between Sunak and Truss suggested he would win by 64 per cent to 36 per cent.

The next question is: Who would be Sunak’s chancellor? That decision is one of the most important in determining what a Sunak government would be like. The main options are Sajid Javid, Jeremy Hunt and Liz Truss, although Steve Barclay, who voted Leave in the referendum and who was Sunak’s deputy as chief secretary to the Treasury until last year, is also possible, as is Michael Gove. Javid would be more of a story, having been usurped as chancellor by Sunak, when he was Javid’s deputy, and he would be the first person to serve two discontinuous terms as chancellor since Neville Chamberlain (1923-24 and 1931-37).

These are no longer idle quiz questions; they are imminent and pressing. Politics is more than a game, but the players have to plan their next moves. Deals are being done and lists compiled, and not just by the dwindling operation trying to defend the prime minister. Sunak’s succession is nothing like as certain as Gordon Brown’s was in 2007, but it is becoming more certain by the day. No one knows exactly what a Sunak government would be like, but its main policies are unlikely to change. Sunak might strike what he would describe as a more realistic pose on net zero than Johnson in order to appease the doubters in his selectorate of him, but his main appeal of him is that he is the opposite of Johnson in his personal style of him.

Sunak as prime minister wouldn’t solve all the problems facing the government, but he promises a calmer and more predictable approach to them, conforming to the pattern of leadership alternating between the flamboyant and the steady: Thatcher, Major, Blair, Brown, Cameron , May, Johnson and next, the anti-Johnson.