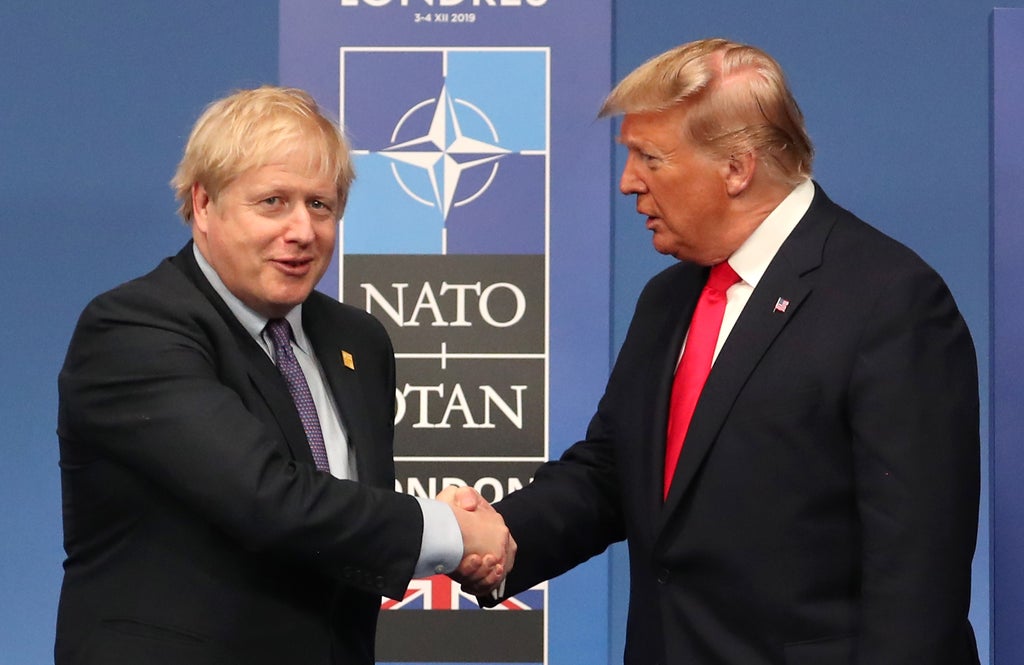 Government ministers took to the radio on Tuesday morning to defend Boris Johnson, who had made a discredited linking the Labor leader to Jimmy Savile.

But disquiet on the Tory backbenches over the episode mounted on Monday night after Sir Keir was accosted by protesters in Westminster shouting about his supposed role in not prosecuting the notorious sex offender – a claim spread by the PM.

“We claim to be the Mother of all parliaments. Let’s stop this drift towards a Trumpian style of politics from becoming the norm. We are better than this.”

“Debate and discourse in this country are essential,” he said, adding: “We are not America.”

Mr Manganall, MP for Totness, added: “What happened to Keir Starmer and David Lammy [was] unacceptable. We must do better, which means leading by example in Westminster.”

Boris Johnson on Monday night condemned the protesters, who repeated his claims from the House of Commons while surrounding Sir Keir.

“The behavior directed at the Leader of the Opposition tonight is absolutely disgraceful. All forms of harassment of our elected representatives are completely unacceptable,” he said.

But representing the government in interviews with broadcasters on Tuesday Tory minister Chris Philp told the BBC: “The first comments in the House on the previous Monday were capable of being misconstructed and that is why it is important and right that a couple of days later that Boris Johnson, the Prime Minister, did clarify that he was not suggesting at any time that Keir Starmer had personal responsibility for the case, but he obviously did have responsibility for the conduct of the CPS (Crown Prosecution Service).

“I don’t think there is any way you can reasonably suggest that the comments on Keir Starmer’s overall responsibility for the CPS in any way provoked the very unseemly and totally unacceptable harassment we saw last night.”

The PM had originally claimed that Sir Keir “spent more time prosecuting journalists and failing to prosecute Jimmy Savile, as far as I can make out” while he was director of public prosecutions.